The recent flooding across multiple counties in Texas forced thousands to evacuate their homes. However, one man decided not to let his house be destroyed by the millions of gallons of water threatening its way inland thanks to a great purchase he found on the internet.

Randy Wagner of Rosharon in Brazoria County gambled on a product he discovered online called the AquaDam. The site claims they provide the “world’s largest water-filled cofferdam”. 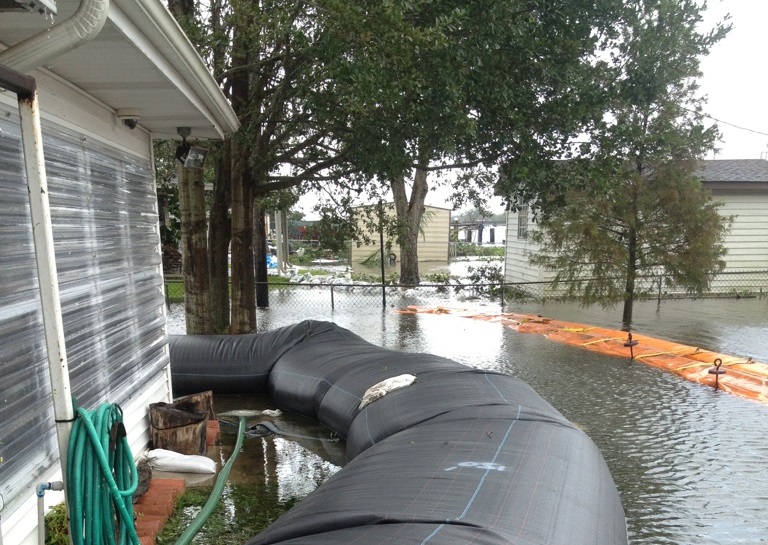 In an interview with Wagner, he told KHOU of Houston that he saw the dam for sale online and traveled all the way to Louisiana to make the purchase in a risky last-ditch effort to save his home, however, his risky maneuver paid off. Despite taking a few men and multiple hours to fill the 400 feet of 30 inch high tubes made of fabric and plastic, Wagner successfully constructed the dam before the waters rose above his property line.

“To not know what that level was going to stop at, I needed to prepare for something that no one has seen,” says Wagner.

The waters eventually rose 27 inches, barely below the threshold of the dam, but still did not ruin the house with water.  Locals believed the plan was ridiculous as it could not be pulled off in time since other residents did not have enough time to construct sandbag dams.

“I was the crazy guy. Everybody was kinda going by, laughing at me. But today they are really impressed with this AquaDam,” Wagner said.

The 400-foot dam is said to have cost around US$8,300, a small price to pay for not having a house completely ruined by water damage.

The Texas man is not the first one to use the technology, however, the company is still largely unknown. According to AquaDam’s website, to build a 3-foot high barrier 100 feet long, it would cost upwards of $10,200 in labours and materials, including many hours to construct. They claim their product can be set up in 20 minutes by just two people,  compared to 4 hours using 5 workmen for the sandbag wall, while costing US$7,500 less- a mere $2,400 for the same size dam. 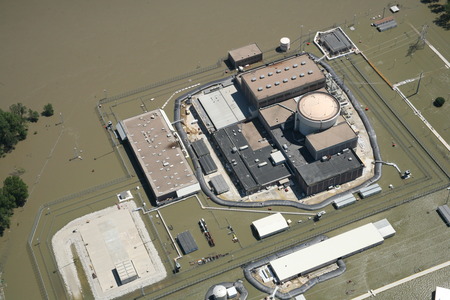 The dam has been used to protect the Fort Calhoun Nuclear Power Station as flood levels approached 8-feet, proving its effectiveness even in extreme conditions. The dams will likely see much more actions as sea levels continue to rise and with floods on the increase. As the Wagner proved once again, they are an affordable essential tool in combating flood waters, even if it requires holding back an 8-foot wall of water in the premise of a nuclear reactor. Although flooding causes billions in damages every year, the Aqua Dam could provide a potential alternative to keeps houses high and dry during the flood seasons.