Here are ten of the world's most expensive materials to date.

Have you ever wondered what the ten most expensive materials on Earth are? We have scoured the internet to answer this very question, as best we can. We beg your forgiveness in advance if we have missed any, after all, we are only human. 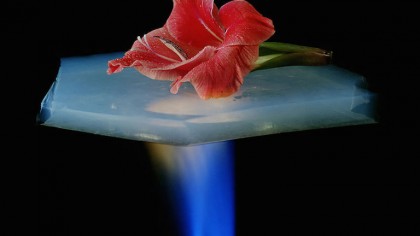 The following list is in order of prices that could easily be found per gram. In some cases, prices per gram have been calculated from current market prices per carat. Others are from sources for advanced materials that are very hard indeed to produce. Some of these expensive materials are a result of human work and high-tech while others can be found in nature.

So, without further ado, let's get into it, shall we? Perhaps you'd like to take a moment to think of some materials before you scroll down? Hint, gold is not one of them.

Antimatter is by far the most expensive material on Earth. Although only very small amounts have ever been produced, there is currently no way of storing it. It requires the highly sophisticated technology found at places like CERN to even dream of "making it". Today, a gram of antimatter is sold for approximately 80 trillion.

Endohedral Fullerenes are normal fullerenes with extra atoms, ions or clusters within inner spheres. The very first lanthanum complex was created in 1985. It is, essentially, a cage of carbon atoms with a nitrogen atom trapped inside. It could have applications for highly accurate atomic clocks.

Scientists create californium by bombarding curium with alpha particles. This reaction creates the radioactive chemical element with an atomic number of 98. There are currently ten known isotopes known to exist.

It can help treat certain forms of cancer, detecting gold and silver in ores as well as residual oil within nearly depleted reservoirs. It can only be created by man on Earth but is speculated to be created in supernovae. No wonder its worth so much money!

Natural diamonds have long been prized for their beauty and extreme hardness. They are, in fact, the hardest substance known on Earth with a Moh's scale score of 10.

These white stones are forged at the very depths of the Earth's crust and upper mantle and as such have experienced intense temperatures and pressures. Their hardness gives them many industrial applications but synthetic rather than natural diamonds are used. Man-made equivalents are also a lot cheaper to buy. Diamond jewelry is one of the most popular items among people.

Tritium is forged in the hearts of nuclear reactors by irradiating lithium metal or lithium-bearing ceramic pebbles. It is also one of the most expensive materials on Earth. It is a super heavy type of hydrogen. Tritium is also a key component used to fuel some nuclear weapons. It's generally used for "glow in the dark" stuff like watch hands.

Have no fear though, the beta rays it produces are very weak and can't penetrate human skin. Tritium also has a very low health risk if ingested, though you should probably rethink your life if you're in the habit of eating it.

Taaffeite is an incredibly rare gemstone that has only recently become desirable by collectors. It has color ranges from red to purple and there are thought to be less than ten red ones in existence. The main source for these gems is in Tanzania.

Apparently, so rare is this gemstone that all of the discovered ones would fill half a cup.

Soliris is believed to be the most expensive drug in the world. It is used to treat rare, life-threatening disease atypic Haemolytictic Uraemic Syndrome or aHUS. This debilitating disease attacks red blood cells and is pretty nasty.

Next, grandidierite is a very very rare mineral and gemstone. If you are interested, it is a Mg-Al borosilicate which can be found in metamorphic and plutonic rocks.

It was first discovered in 1902 in the Southern part of Madagascar by Frenc explorer Alfred Grandidier. He found it whilst studying the natural history of Madagascar.

Quoted prices range from $9,000 to $300,000 with 9K being the most commonly quoted value. Painite is known to be the "hardest" to locate of all the world's rarest minerals. It was first discovered in Burma in 1950 by the British Gem Dealer Arthur C. D. Pain.

There have been recent discoveries in the Mogok Area of Myanmar which might yield more of these beautiful stones in the future. Regardless of their price, they are in high demand.

Last, but by no means least on our list of the most expensive materials on earth is Plutonium. You can mainly find it in the hearts of nuclear reactors but can also be found powering satellites which need long-lasting energy supply. It is derived from the nuclear decay of Uranium but can be found, though rarely, naturally. They account for around 1 third of nuclear fission energy,

This form of power can be used for space travels. The Voyager 1 probe, for example, has platinum batteries which haven't failed to this day and are set to keep powering the probe well into 2025.

Check out this video:

So there you go, the ten most expensive materials on Earth to date. Obviously, the prices are likely to vary over time as new resources are found or costs for manufacture change over time. In most cases, especially man-made substances, official prices are very hard to "nail down". Clearly, the price of antimatter is not going to change anytime soon.

What is your favorite precious material? Please feel free to comment below.