Elon Musk has become a name immediately associated with innovation, ingenuity and success. Or, you can link Musk's name with any number of his renown companies and projects - from PayPal to Tesla to SpaceX to Hyperloop One. We're pretty sure he's actually Tony Stark and we're waiting for him to unveil his fully functional Iron Man suit.

With Musk's 'crazy' ideas often come with equally off-the-wall statements. But we can't judge. We're not the CEO of multiple tech companies. 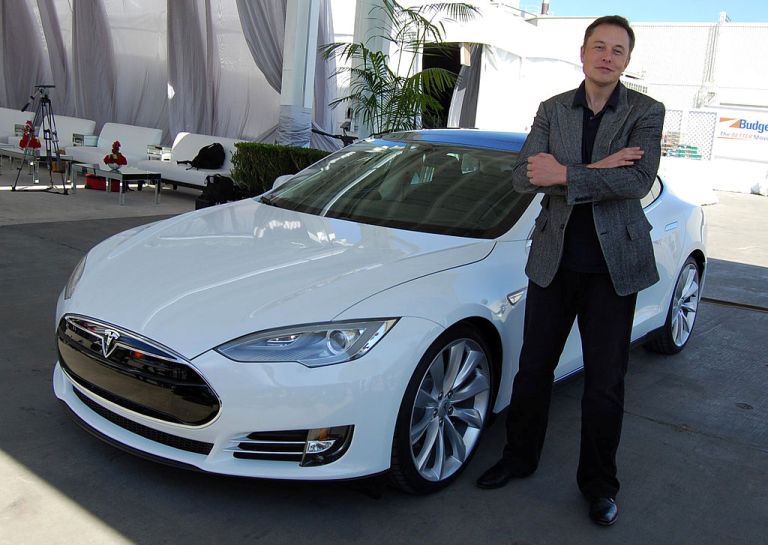 Here are 15 of our absolute favorite Elon Musk quotes. It was hard to narrow down; the man has a statement on nearly everything.

"There's a fundamental difference, if you look into the future, between a humanity that is a space-faring civilization, that's out there exploring the stars … compared with one where we are forever confined to Earth until some eventual extinction event."

Do We Live Inside a Simulation?

This one will definitely make you think:

Business Insider reported that he talked about this so much to others that he's vowed to stop discussing it in hot tubs. Admittedly, it's got to be a hard subject to stop debating. We also understand the need to discuss genesis theories with our friends in hot tubs.

On Dealing with the Government

Because nothing seems more covert than a cryptic message about secret government meetings. He also tweeted back at someone who asked if he liked being referred to as "billionaire Elon Musk." His answer? "No." When asked what was he doing at the Pentagon, he indirectly responded:

Something about a flying metal suit...

On Dealing with Competition and Licensing

"We have essentially no patents in SpaceX. Our primary long-term competition is in China. If we published patents, it would be farcical, because the Chinese would just use them as a recipe book."

"We’re trying to have the non-weird future get here as fast as possible." (via Inverse)

On Warming Up Mars

"The fast way is to drop thermonuclear weapons over the poles."

You can watch his full interview with Stephen Colbert below:

Regarding His Business Prowess

"I don't believe in process. In fact, when I interview a potential employee and he or she says that 'it's about the process,' I see that as a bad sign."

We'll keep that one in mind before sending you a resume.

But Hiring Does Require One Key Characteristic

"[My biggest mistake is probably] weighing too much on someone's talent and not someone's personality. I think it matters whether someone has a good heart."

On the Importance of Office Fun

This might be the best idea for an office ever, but we're surprised Pixar Studios hasn't already done this yet.

"Everybody around here has slides in their lobbies. I’m actually wondering about putting in a roller coaster — like a functional roller coaster at the factory in Fremont. You’d get in, and it would take you around [the] factory but also up and down. Who else has a roller coaster? … It would probably be really expensive, but I like the idea of it."

On Innovation That Comes From Necessity

How He Initially Planned to Finance His Mission to Mars

"[It would have cost $130 million], plus the cost of everything else, which would have meant I’d spend everything I made from PayPal—and if there were any cost growth I wouldn’t be able to cover it. So next I went to Russia three times, in late 2001 and 2002, to see if I could negotiate the purchase of two ICBMs. Without the nukes, obviously."

“My family fears that the Russians will assassinate me.”

After another CEO questioned Tesla's legitimacy as a green company, Musk delivered this zinger:

Real fraud going on is denial of climate science. As for "subsidies", Tesla gets pennies on dollar vs coal. How about we both go to zero?

Essentially, 'neural lace' would connect the human brain with computer systems. It would be a pseudo-AI layer over the entire world, allowing us to easily connect with devices whenever necessary. But "symbiosis with machines"?

To keep abreast of Musk's brilliant ideas, follow him on Twitter here. Or, you can relive some of his greatest moments in this TEDTalk from 2013. What Elon Musk quotes do you think we missed? Leave your favorite in the comments below!