It has been an incredible year for healthcare technologies so far. On the World Health Day, take a look at the innovations and discoveries of 2018.

We are a mere three months into 2018, yet there have already been a number of significant breakthroughs in medical science this year. From ground-breaking surgeries to the latest biomedical tech, 2018 is already shaping up to be an important year for health sciences.

In honor of World Health Day, let us take a look at some of the outstanding achievements of the year so far.

Just last month, Salk Institute scientists used CRISPR genome editing to target the RNA of diseased cells. The team, led by Patrick Hsu, tested their technology against frontotemporal dementia. In the experiment, their method effectively restored healthy levels of protein to the neurons affected by the disease.

Though this isn't the first RNA-targeted use of CRISPR, it is a major breakthrough in its accuracy and safety.

In February of this year, a research team from the University of Tokyo unveiled semiconductor technology that can read the body's vital signs, and display them on a thin plastic material laid over your skin.

The display is made up of 16 by 24 micro LEDs and can be used to read your heart rate. The information can also be viewed on your smart device or sent directly to a medical professional.

Researchers at Standford University announced in February that they would be commencing the first human trials of a novel cancer therapy. Prior tests conducted on mice found that injections of immune-stimulating agents were able to eliminate all traces of cancer, and prohibit potential metastases build-ups.

Led by Dr. Ronald Levy, professor of oncology at Stanford, the human trials will see 15 lymphoma patients treated with the shots. It is an incredible breakthrough, that could present an all-new treatment for the eradication of cancer.

A newly synthesized form of the antibiotic teixobactin could be at the frontier of battling drug-resistant bacterial strains such as MRSA. Created this March by researchers in Britain's University of Lincoln, the synthesized antibiotic has already been used to treat infections in mice.

It's early days, but the next potential step could be a commercial drug for human use. It could take as many as ten years until synthesized teixobactin can be prescribed, but it's a huge step towards fighting a growing epidemic of drug-resistant infections.

5. Brain Implants: Improving Human Memory By Up To 15 Percent

A new "pacemaker" for the human brain funded in February 2018 by the US Department of Defense could boost the memory of sufferers of epilepsy, Parkinson's, and Alzheimer's disease.

It operates through deep-brain stimulation created by electrical pulses. Though this is not the first device of its kind, it does have a wider potential application than previous efforts, such as Ohio State University's Alzheimer's-targeted pacemaker.

In January of this year, French surgeons performed the world's first double face transplant, after a patient's body rejected his initial graft from ten years prior. Surgeries of this kind are incredibly difficult, and the risk of rejection with face transplants is high.

However, this landmark surgery proves that re-transplanation is a possibility. It is a significant discovery, and proves how much we have yet to learn about this area of surgery.

Cycling can keep the elderly as healthy as people in their 20's, according to recent research from British scientists. This March they found that regular physical activity in adulthood can boost T-Cell production, protecting against attacks on the immune system.

The team studied 125 senior cyclists, and found that their immune systems rivalled those of people 50 years their junior. It's long been established that our sedentary lifestyles are bad for our health, but this study provides crucial data proving that a more active lifestyle can protect you from illness.

New studies on a proposed male contraceptive pill have shown promising results, which were presented before the Endocrine Society in Chicago earlier this year. Research from the Washington School of Medicine stated that the pill reduced testosterone production and halted sperm production.

Unlike previous experiments in male production, this pill - known as DMAU - would only have to be taken once a day, and can lower testosterone levels to that of a prepubescent male. This research marks the beginning of a longer-term study before the pill can be considered viable for the market.

Portal Instruments, a start-up operating out of MIT, has developed an injection that requires no needles. Instead, the device ejects a high-pressure stream of the medication into the skin, reaching the bloodstream without the aid of a needle. 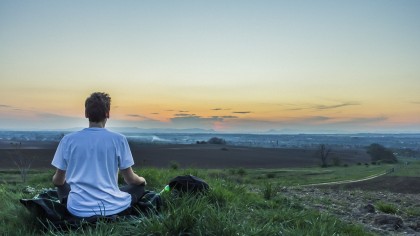 Called PRIME, the device delivers its doses at Mach 0.7, the cruising speed of a commercial airliner. Portal Instruments  signed a commercial deal in December 2017, and those with an intense phobia of needles can expect PRIME to hit the market soon.

Created by researchers at Harvard Medical School, Theraoptix is a new contact lens that slowly releases medication while worn. The lenses could be used to treat a variety of ocular ailments, including glaucoma.

Theraoptix won the $25,000 top prize at this year's MIT Sloan Healthcare Innovation Prize, and is crafted from fully FDA-approved materials. The lenses can be worn for a maximum of two weeks, and their drip-free medicine application could present a far more effective method of treating diseases of the eye.

11. Killing Viruses With UV Light: A New Way to Fight the Flu

A new study published in 2018's February issue of Scientific Reports has shown that far-ultraviolet C (Far-UVC) light can kill flu viruses. The findings suggest that use of Far-UVC light in public areas like hospitals, schools, and airports could drastically reduce flu infections.

While conventional UV light is effective in killing viruses, it is also harmful to humans. Far-UVC light, on the other hand, is just as effective at wiping out viruses while presenting no health risks to humans. This could present an important and new trend in stopping the spread of viruses.

A team from Tufts University School of Engineering has developed a sensor that can be worn on your tooth, which provides real-time data on your dietary consumption. The device was announced in March of 2018, and can monitor your intake of sodium, glucose, and alcohol and wirelessly transmit the data.

While not the first tooth sensor to be developed, it does have the most comprehensive application of any similar technology. The device could be of huge benefit to medical professionals when treating patients.

A team of bioengineers from across the globe have recently developed new transplant polymers that can mimic chameleon skin. In addition to its host of adaptable abilities, the material could also reduce the risk of rejection in skin-grafting and transplant procedures.

Revealed at the end of March 2018, the polymers were specifically designed to mimic organic tissue, and reduce the risk of inflammation. Though still in its early stages, these materials could be a major breakthrough in reconstructive surgery.

Researchers from Australia's RMIT University developed an ingestible sensor in January of this year that can track the gases in your gut. The device measures the gases in your intestines, allowing doctors and scientists an insight into the digestive system that was previously impossible.

The sensors could help to diagnose gastrointestinal issues way before patients begin presenting symptoms. It could also be an invaluable piece of tech when it comes to studying colon cancer.

A team from Syracuse University, led by Professor Zhen Ma, have replicated heart tissue from pluripotent stem cells. Their research, which was published in March 2018, allowed them to examine how certain medications affect the development of embryos.

The team chose to replicate the heart as it is the first organ a fetus develops. Their work could benefit countless expectant mothers, and guide them on which medications are and are not safe to ingest while pregnant.

Scientists from Wake Forest Baptist Medical Center and the University of Southern California have developed a brain implant that can boost short-term memory capabilities by up to 37%. Their research was published in late March of this year.

The team surgically impanted electrodes into the brains of seizure-prone epilepsy patients. They recorded the neural codes of their subjects, and then replicated those patterns with the electrodes. The result was a marked increase in short-term memory, compared to the patients' baseline capabilities.

The team is hoping to expand their research to long-term memory. It's a significant breakthrough, that could help us better understand the brain and issues affecting memory.

How upgrading buildings could dramatically boost the economy and health