The 21 Marine Engineers That Opened the Sea to Us All: The Tech Behind Everything From Diving Gear to Submarine Engines

Humans have been devising ways to explore the oceans for centuries. Here are just some of the greatest marine engineers who made underwater exploration possible.

Our modern sea-exploration efforts would be nothing without the centuries of innovation and engineering that came before our time. The current technology is a culmination of the work of countless engineers and inventors, all of whom worked tirelessly to open the oceans to us all.

Below are just some of the great minds that contributed to our underwater exploration technologies, and the devices that they created.

Hailing from the Holy Roman Empire, Franz Kessler spent his life painting and inventing throughout the 16th and 17th centuries. In 1616 he designed and built an improved Diving Bell, a crude underwater exploration device.

He drew inspiration from a 1535 design by Guglielmo de Lorena. The Diving Bell consisted of an airtight chamber that could carry a small crew of divers and be lowered underwater. Due to the water pressure, air is trapped within the bell, allowing the ones inside to breathe.

Konrad Kyeser was a renowned military engineer and lived during the 14th and 15th Centuries. In 1405, he wrote Bellifortis, a book on military arts and technology. This book included early depictions of a diving dress or diving suit.

Though his designs were recorded in the 15th Century, it was not until the 18th Century that the first diving suits came into being. A notable example is John Lethbridge's diving dress, which consisted of two articulated water-tight sleeves connected to an air-tight barrel, fitted with a viewing window at the front.

Brothers, Charles and John Deane first conceived of a smoke helmet for firemen in 1824. The helmet didn't gain popularity, but did serve as the basis for their next venture - a diving helmet.

During that time, diving bells were the principal technology for dive and rescue missions. Realizing the limitations of diving bells when it came to movement underwater, they sought to create an underwater helmet. The Deane helmet featured a short jacket that would prevent water from reaching the wearer's face and an air exhaust that would direct air bubbles away from the driver's line of vision.

In 1865, Lodner D. Phillips designed the first fully-enclosed Atmospheric Diving Suit. The design featured articulated joints, a viewing chamber, and a hand-cranked propeller for movement. Sadly, there is no evidence suggesting that Phillips' design was ever successfully produced.

However, in 1882, the Carmagnolle Brothers debuted an enclosed, anthropomorphic ADS which drew from the articulated design of Phillips' ADS.

Invented in 1969 by Mike Humphrey and Mike Borrow, the first JIM suit was produced in November 1971. The suit was inspired by Joseph Peress' 1930 Tritonia Diving Suit.

The JIM Suit, like the Tritonia, was first constructed from cast magnesium and weighed as much as 1,100 lbs (498.9 kg) on land including its diver. It featured a breathing apparatus that could last up to 72 hours and delivered air through a mask that fits over the diver's mouth and nose.

The Newtsuit is currently in use for sea exploration and other underwater work and was created by Phil Nuyetten in 1987. It is a fully-articulated ADS and allows divers to reach depths of up to 1,000 feet (304.8 meters).

It features an acrylic dome for visibility, and an optional backpack with two horizontal and two vertical thrusters. Its hull is made of cast aluminium, making it as much as 250 lbs lighter in the air than the JIM suit.

French inventor, mathematician, and physicist Denis Papin is known for many contributions to technology - from the pressure cooker to the steam engine. He also designed one of the first submarines, a concept he penned in 1690.

Papin's first submarine design was effectively a metal box, which featured a pump for raising the air pressure within the vessel. He designed an improved submarine two years later, which was cylindrical in shape and used a water pump as a method of controlling the sub's buoyancy.

English inventor Nathaniel Symons filed a patent in 1747 for a ballast tank - a vessel that could submerge by filling bags with water, and then emerge from the water again by twisting the water out of the bags.

The ballast tank would become one of the key technologies in development of submarines, as well as that of other sea-faring vessels.

A German immigrant and engineer who settled in America, Julius H. Kroehl is reponsible for creating one of the most recognizable early submarines - the Sub Marine Explorer. It was built in New York between 1863 and 1866, and used water ballast tanks to submerge.

The vessel was transported to Panama, where it was used to harvest pearls. Sadly, the high pressure within the Sub Marine Explorer caused decompression sickness in crews at the time.

It may sound surprising, but the first submarine built for military use was created by a carpenter. Yefim Nikonov built a barrel-shaped submarine for Peter the Great in 1721, making it the first military submarine.

The unusual design featured flamethrowers and airlocks. Unfortunately, none of Nikonov's designs were as successful as he envisioned, and he was eventually charged with abusing public funds. Despite his failures, his vision of a military submersible vessel paved the way for more innovations to come.

Often heralded as the father of the submarine, American inventor David Bushnell succeeded where Yefim Nikonov failed. His submersible vehicle, the Turtle, was the first submarine used in combat.

Built in a walnut shape, the Turtle was designed to allow the attachment of explosives to enemy ships. Built in 1775, it was deployed during the American Revolutionary War in 1776.

Built in France in 1800, by American engineer Robert Fulton, the Nautilus is widely considered to be the world's first practical submarine. The design featured a collapsible sail, and hand-cranked propulsion.

The most recognizable feature of the Nautilus was its copper plated exterior. It also boasted an observation dome, a feature that would become a more popular fixture of submarines in following years.

Spanish engineer and artist, Narcís Monturiol, is best-known as the creator of the first submarine powered by a combustion-driven engine. He built his first submarine, the Ictineo I, in 1851 with the intent of using the vessel for harvesting coral. 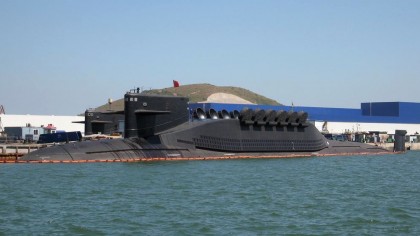 In 1864, he launched the Ictineo II - an improvement on his earlier design. Until the creation of the Ictineo II, submarines were powered by human labor alone. Monturiol devised a steam engine for use in the submarine which could also be used with combustible materials.

14. George Garrett: The Design of the Modern Submarine

British inventor, George Garrett, is the man behind the design of most modern submarines. The 1878 design for his submarine, the Resurgam, featured a narrow cylindrical body which was novel for the time.

The first Resurgam was operated by a hand-crank, but its second iteration featured a steam engine. Garrett had hoped to sell his designs to the Royal Navy, but was rejected due to the fact that the vessel could only carry a crew of one.

Polish-Russian engineer and inventor, Stefan Drzewiecki, created a number of devices still recognizable today - like the kilometric counter used in taxis. Among his greatest achievements, however, is his creation of the first electrically-powered submarine.

Before creating a submarine that was propelled by electricity, Drzewiecki had created the world's first mass-produced submarine - which could be pedalled by a crew of four, with room for two underwater mines. In 1884, he converted his manually-powered submarines to electric with the addition of batteries.

Irish engineer, John Philip Holland, was the creator of the first submarine to be officially commissioned by the United States Navy. His biggest breakthrough was in combining electric and combustion propulsion.

His popular submarine design, the Holland Type VI, was launched in 1897 and renamed the USS Holland after its acquisition by the Navy in 1900. It featured an internal combustion engine for traveling at surface level, and a battery-powered electric motor for traveling when fully submerged.

Simon Lake is credited with creating a number of devices which greatly aided the exploration of our oceans. From the twin-hull design to even-keel hydroplanes, the American marine engineer contributed countless technologies to modern underwater exploration and navigation.

Perhaps one of the more notable contributions of Lake's was the first periscope, or omniscope, which he designed in 1902. The scope used prisms and lenses to give submarines vision while fully submerged.

While Simon Lake is credited with creating the periscope, Sir Howard Grubb is widely accepted as the man who perfected the design. Grubb's father owned and ran a telescope manufacturing business, and Howard joined the family business in 1865.

Grubb would go on to finesse Lake's design into the periscope first used by the British Navy's Holland fleet. The periscope, based on Grubb's improvements, would become the sole visual aid for submarines for the proceeding 50 years.

English mathematician, meteorologist, and physicist Lewis Fry Richardson is responsible for one of the most important navigational tools in the history of underwater exploration. Prompted by the sinking of the Titanic and the efforts to find the wreckage, Richardson filed a patent for an underwater echo-ranging device in 1912.

His designs gave birth to the use of sonar, or Sound Navigation And Ranging. Sonar had already been observed in species like bats for centuries, but it was Richardson's patent that brought the use of sonar to submarines.

Created by English inventor, Sir Robert Davis, the Davis Submerged Escape Apparatus was a rebreather device used both in emergency escapes from submerged vessels, but also in diving. It was invented in 1910 and was improved in 1927 for use by the Royal Navy.

It featured a rubber bag with a canister of barium hydroxide for the scrubbing of exhaled carbon dioxide, and a cylinder of oxygen for breathing. Breathing was possible through the mouth only, and the nose was pinched closed with a clip.

21. Charles B. Momsen: The Momsen Lung

Similar to the Davis Submerged Escape Apparatus, the Momsen Lung was another device that allowed for breathing underwater. It was created by Vice Admiral Charles B. Momsen after the death of 40 crewmen on the SS-109 in 1927.

The lung consists of a rubber bag with two tubes - one for inhalation and one for exhalation. It features a canister of lime which removes carbon dioxide and provides oxygen. The Momsen Lung is credited with having saved 8 lives in 1944 off the East China sea.