The 3 Worst Computer Viruses Famous for Their Wipe Outs

Here is a review of some of the most notorious computer viruses in history that can create havoc within a blink of an eye.

A computer virus infection is as serious as it sounds. Trojans, worms, malware, the virus family is big, and each of them affects differently.

They can destroy all your valued data by self-replicating themselves and infect vulnerable systems of your computer by inserting their own malicious codes.

For some, a clean-up may do the trick whereas some of the worst ones leave the computer behind with 0% chance of survival. In such extreme cases, even anti-virus protection acts like a glass shield that gets shattered in no time.

And hackers, spammers, identity thieves are out there constantly trying every possible way to sneak into your system and steal your sensitive information. Hence, today, we are going to introduce you to some of the notorious and widely-known computer viruses that can create havoc within a blink of an eye.

A name that anyone can easily fall for. After all, who won't respond to ILOVEYOU?

We usually say the phrase 'lost in love' but the loss this love bug gave to all was indeed tremendous. Known as one of the most disastrous viruses, ILOVEYOU caused a loss of around $10 billion in as many as 20 countries.

ILOVEYOU made its appearance as an email attachment “LOVE-LETTER-FOR-YOU.txt.vbs” along with the content "kindly check the attached LOVELETTER from me" in May 2000.

Created by two Filipino programmers, Reonel Ramones, and Onel de Guzman, this attachment infected around 50 million users within the period of 10 days.

ILOVEYOU virus is said to have even crawled into the victim's Internet browser where four Philippine websites opened on its own and downloaded another malicious program called WIN-BUGSFIX.EXE.

This extracted personal information, passwords and other sensitive data from the victim's drive and sent them to an Internet account in the Philippines, managed by Access Net Inc., an Internet service provider.

When people started getting conscious after this deadly attack, hackers did not rest there. They released some new variants under the name “Joke”, “VIRUS ALERT!!!" and one called “Mother’s Day Order Confirmation” which informed the victim that some amount has been charged to their credit card for a "diamond special" leaving no option but to open the attached infectious invoice.

2. Not So Pleasing Melissa

Inspired by an exotic stripper from Miami and a quote from the episode of the 1990s show The Simpsons, David L. Smith created an email-aware virus in the form of an infected Word document in 1999, which later landed him in jail for causing over $80 million worth of damage.

The objective of Smith behind designing Melissa Virus was to spread through email messages and he was successful in doing so. The United States federal government itself were surprised at the way Smith's work hacked government and private sector networks in no time.

First uploaded on the alt.sex usenet group, claiming to be a list of passwords for pornographic sites, Melissa lured people into downloading and opening the doc file and triggering the macro inside it to unleash and create havoc on the computer systems.

It appeared as, "Here is that document you asked for, don't show it to anybody else" which forwarded itself to first 50 contacts of the victim's address book and corrupted files by inserting a Simpsons reference as well.

Well, fortunately, Smith's success came to an end when the Word doc was traced back to him. He served 20 months of his 10-year sentence with a fine of $5000 during which he helped the government in catching other hackers and virus creators.

3. The Worm That Took the World by Storm

In 1998, Robert Tappan Morris, then a graduate student at Cornell, unleashed a creation of his experiment, a worm, which was meant to test the size of the internet, but accidentally. 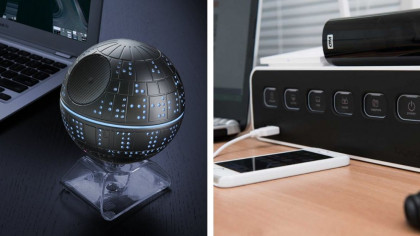 His coding error resulted in bringing 10 percent of computers connected to the internet among which were the computers of NASA, Berkley, and Stanford universities, MIT and the Pentagon, to a halt within 24 hours of its exposure.

Morris Worm was the first distributed denial-of-service (DDoS) attack of that time which used dictionary attack with its list of popular passwords. It had three attack vectors: sendmail, fingerd, and rsh/rexec and used the now-classic attack methods 'Stack overflow'.

It is also considered to be the first worm to spread over the Internet which did nothing but slowed down the computers trying to spread the worm across. The worm exploited the vulnerabilities of VAX and Sun Microsystems systems as well as vulnerabilities in the UNIX email delivery software – sendmail, the first multi-platform malware.

Though Morris claimed that his intentions were not bad, it is said that he tried to hide his tracks as the worm was initiated from an MIT computer which hid its files by unlinking them after trying to infect as many other servers as possible.

Morris even made an attempt to control the worm but soon realized that it had gone way out of his hand by the time. He immediately called upon his friend  -- who subsequently said Morris "seemed preoccupied and appeared to believe that he had made a 'colossal' mistake.'" which appeared to be true when at last the worm was brought under control with the efforts of Eugene "Spaf" Spafford, then an assistant professor of computer science at Purdue University and current editor-in-chief of Computers and Security.

Morris is considered to be one of the world’s most famous hackers and was the first to be found guilty under the 1986 Computer Fraud and Abuse Act. His error cost up to $53,000 per institution. He was fined $10,050, and sentenced to three years on probation, plus 400 hours of community service.

Virus attacks are always deceptive and hence one should not fall for its appearance and take no interest in what they are offering. An eye of suspicion and some precautions are only the ones that can prevent you and your computer from getting trapped into deadly tricks of hackers.

11+ Impressive Toys Engineer Parents Made for Their Children