These TVs will leave you stunned with their image quality, but they go way beyond expectation when it comes to usability and services.

TV technology has improved a lot since the days of the cathode ray tube television sets, and the whole television experience has gotten a lot better, too. Long gone are the days where you had to look up what shows were on in a TV Guide; televisions with computers inside of them have made consuming television, movies and other media easier than ever. With apps, intelligent navigation, and some serious hardware improvements, watching TV in 2017 is a completely different experience. Here is a list of the best smart TVs from this year.

"Everything in Ultra HD." That's what the D-series promises. The hardware itself was designed to make fast moving images easier to see, reducing motion blur and that really annoying gritty feeling that comes from frame replacement in old HD TVs. The software in the device allows you to easily connect to a plethora of streaming and functionality services, making the TV more than just a screen -- it's an entire entertainment system. You can also use the screen to broadcast your phone or laptop, giving you just that little bit more usability. Its state of the art internal internet connection means you can stream music and video faster than ever before, and hardware acceleration has finally created a smart TV that doesn't lag for a full second every time you press a button. Welcome to the future.

The TCL P-series TVs have a stunning image quality and a variety of apps and services that make it much friendlier than the average TV. Higher resolution TVs are available, and the Samsung and Panasonic TVs later in this list definitely have it beat for color resolution -- however, the P-series has an advantage that very few smart TVs these days can claim: low input lag. As a Super Smash Bros Melee player, you can trust me when I say that this TV is beating only by the old frame-perfect TVs we played on at the turn of the century. With virtually no frame lag, this screen is by far the best option for the serious gamer looking to take their play to the next level. And the P-series still has access to all the best features present on the Roku device, too: Netflix, YouTube, the radio, and easy access to all of your devices with minimal set-up.

Every new TV claims to have the best design and the best resolution and the best audio. But the Sony Bravia OLED screen has something awesome that none of the other TVs on this list can brag about: Voice Search. The ability for smart home devices to respond to voice commands is an amazing feature that has really propelled home technology into the future. With a stunning design, the Bravia looks good in your home even when it's not being used. Like most of the smart TVs listed here, the Bravia has a number of apps and a reliably simple navigation system that makes viewing TV a relaxing and enjoyable experience again.

Panasonic's Ultra 4K is the kind of screen that displays images more realistically than they occur in real life. Their website states that the state of the art HDR design was created to make images appear as real as if you were seeing them yourself. But high definition projection is a dime a dozen these days; where the Panasonic design team really gets credit is for how it improves on the television viewing experience. With most modern smart TVs, a few features are added here and there for enthusiasts. But the Panasonic allows the activation and use of a wide series of apps and services that make it far more than just a screen. It has access to many of the content viewing services you used to only be able to access from a computer such as YouTube, Netflix, and Vimeo, all with exceeding speed and ease.

Wow. This TV is definitely the kind of thing your friends would come over just to look at. Beyond having an amazing color spectrum and a fantastic picture quality, the LG Signature OLED TV has one amazing feature that makes it stand out from all of the others: it looks like a thin sheet of glass stuck directly onto your wall. LG also makes the claim that its sound system, the Dolby Atmos, is like none of its peers; hyper-realistic sound quality makes watching movies on this television an immersive experience above all else. The price tag on this amazing piece of tech is super steep -- $8,000 for the 65" model -- but if you're in the market for the coolest piece of technology you've ever owned, it might be worth a look. 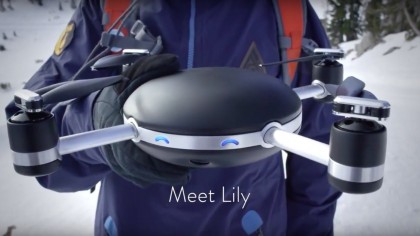 The $3,500 price tag for the 75" model should really only be considered if nothing will satisfy your tech needs more than the absolute best of the best. Samsung's website boasts that the QLED TV's awe-inspiring image is the result of its capability of rending "over a billion colors." It is also among the easiest to set-up and use; the TV requires only 1 remote, and onboard software will allow it to interface with any technology you have plugged into it so you will never have to get up and fiddle with the buttons on your DVD player or XBox ever again. Samsung also has a lifetime guarantee against burn-in, should it ever plague your device. You should consider this option if you absolutely love the work that goes into cinematography and think that lighting and set designers, animators and video editors don't get enough credit for all the hard work they do because projection technology has just never gotten on their level.