The Alhambra Fortress: A Stunning Relic of Spain's Moorish Past

Discover Granada's Alhambra Fortress. The iconic red-walled structure dates back to the 9th Century, and is one of the best-preserved Moorish buildings in Spain.

Built upon the remains of a Roman fort, and looking down over the River Darro, the Alhambra Fortress in Granada, Spain is one of the best-preserved Moorish structures in the country.

The fortress has enjoyed a long and storied history, starting with its initial construction in the 9th Century, passing through the Islamic rule of Andalusia in the Middle Ages, and leading up to its status today as a major tourist attraction. It has served a variety of uses, from a military fortress to a royal palace.

Today the Alhambra endures as an awe-inspiring example of Moorish architecture, and an iconic relic of the past.

A Military Fortress, a Citadel, and a Royal Residence Protected by a 1,730 meter Wall

Thanks to its thousand-year history, the Alhambra stands as a collection of a variety of styles belonging to varied times and cultures. The name "Alhambra" comes from the Arabic "Qal'at al Hambra", or "red fort", owing to the structure's rustic red walls.

A 1-mile (1,730 meters) wall encapsulates the complex, punctuated by four gates. It consists of a military fortress, a citadel, and royal residences. Each part of the complex is connected by paths that could be blocked in case of an attack.

Within the complex are four palaces, built first by its Islamic and then Catholic inhabitants. As a result, the architecture and decoration of the palaces vary widely.

For example, the Palace of Lions, built during the Nasrid reign, is a classic example of Moorish design. It features intricate stucco carvings along its magnificent walls, and boasts an impressive water fountain built with complex hydraulics.

Another fine example is the Comares Palace, whose delicately carved exterior would have been painted in bright, eye-catching colors. Sadly, only traces of this paint remain today, giving way to otherwise bare stone. The Comares Tower also houses some of the most impressive stone carvings of the entire complex.

Elsewhere in the complex is the Charles V palace, a Renaissance structure designed by Pedro Machuca. Its ordered, Mannerist facade sits in high contrast to the exquisitely decorative Moorish palaces it neighbors.

The Alhambra was originally constructed on a pre-existing Roman fortification in the 9th Century. Thanks to its location atop the al-Sabika hill, the site had long been used as a strategic vantage point for military operations.

The first written records of Alhambra are from the year 889, and describe the restoration process of the fortress by Sawwar ben Hamdun. At this time, the fortress had fallen into serious disrepair following civil fights that ravaged the Caliphate of Córdoba.

It is also during this century that the castle of the Alhambra was added to the site, suggesting further military use of the structure.

However, the greatest additions and expansions made to the Alhambra would not come until much later - in the 13th Century with the arrival of the Nasrid dynasty.

13th - 14th Centuries: Muhammed I Moves in, Builds a Watchtower and a Canal

In 1238 Muhammed I became the first Nasrid ruler of the Emirate Granada, and established his royal residence in the Alhambra. The Emirate of Granada was located south of the Crown of Castile, a Catholic state that was hostile towards Iberian Islamic rule. It was Muhammed's intention to keep Granada independent from Castillian forces, and thus Alhambra proved the perfect strategic vantage point from which he could rule.

In constructing the new royal residence, the old fortress Alcazaba was reinforced and both a watch tower and keep were added. A canal was also dug to bring water from the river Darro. His successors, Muhammed II and Muhammed III, oversaw the first stages of construction for the palaces, as well as that of the ramparts and several warehouses.

In the 14th Century, the construction of the palaces was completed under the guidance of Muhammed's successors, Yusuf I and Muhammed IV.

15th - 18th Centuries: The Crown’s Conquest and the Abandonment of the Alhambra

In 1492 the Crown of Castile and the Crown of Aragon joined forces to attack and conquer Granada, in what would come to be known as the Granada War. Having remained independent from Castillian forces for over two centuries, the Nasrid dynasty crumbled, leaving Isabella I of Castile and Ferdinand II of Aragon to take over the Alhambra.

Isabella and Ferdinand converted the residence to a Catholic court, later building a Franciscan monastery on the site along with a church.

In the 16th Century, Emporer Charles V ordered the demolition of part of the complex to allow for the construction of a palace bearing his name. The palace was to be a wedding gift to his bride, Isabel of Portugal, whom he married in 1526.

Construction of the palace was never completed, and it remained without a roof until the 1950s.

By the 18th Century, the Alhambra had been abandoned. It was soon inhabited by squatters, and fell into a severe state of ruin.

After Napoleon’s Hold, The Restoration and Rebirth of the Alhambra Start

In the early 19th Century, Napoleon's troops occupied Granada and converted the Alhambra into a barracks. During their occupation, they partially demolished two of the complex's towers with explosives - the Torre de Siete Suelos, and the Torre de Agua.

In 1828, restoration efforts were undertaken by José Contreras, who continued to work on the complex until his death in 1847. His son, Rafael, and later his grandson, would continue his work.

In 1870 the Alhambra was officially declared a national monument, and intensive restoration work continued.

Some of the greatest restoration efforts were made by architect Leopoldo Torres Balbás between 1923 and 1936. During this time, Balbás excavated filled-in fountains and pools on the site, and replaced much of the alicatado mosaics whose tiles had been lost or broken over time. He was also responsible for completing stucco inscriptions on the buildings.

In 1984 the Alhambra was named a UNESCO world heritage site.

The Alhambra Today: Legacy and Uses

Today the Alhambra is a bustling site of history, art, and culture, attracting tourists from all over the world. 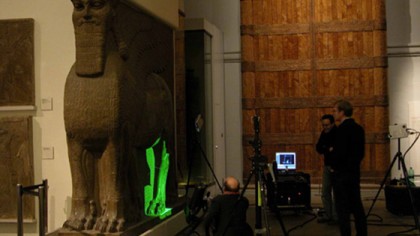 Artistic exhibitions are held within the complex, as well as a variety of musical performances and cultural festivals. Visitors can even attend restoration and conservation workshops, so they can get an inside look on what's involved in keeping such a remarkable location in good condition.

To wander through the complex is to walk through centuries of royal and military history. The Alhambra stands as a testament to Spain's Moorish past, and survives as a time capsule of over a millennium of Spanish history.

Bitcoin Jumps Past $47,000 after Tesla's Investment