Jeanette Epps was scheduled to join the ranks of just three other African-American female astronauts to spend time in space.

Late Thursday evening, NASA announced that it pulled successful astronaut Jeanette Epps from the Expedition 58/59 to the International Space Station. The move comes as a surprise for many hoping to see her become the first African-American to work aboard the ISS. 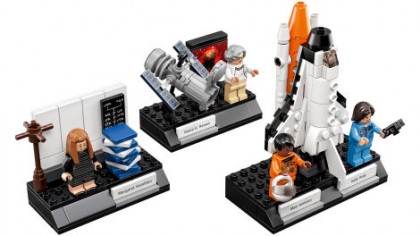 To be clear, African-American researchers have visited the ISS before. However, Epps was expected to be the first one ever living and working there as a full-time crewmember for several months of a mission.

According to NASA's press statement, Epps will "return to NASA’s Johnson Space Center in Houston to assume duties in the Astronaut Office and be considered for assignment to future missions."

There is still hope that Epps could be the woman who breaks the barrier on African-American women working fulltime onboard the ISS.

Epps has made headlines in recent years. In 2009, she outperformed 3,500 astronaut applicants to be one of 14 admitted to that year's class.

"I did a lot of scientific stuff, but I also did a lot of operational stuff," Epps said in a video interview released by NASA in 2015. "We worked in non-proliferation issues, which was great. It's reverse engineering at its best."

She continued to explain what -- or who -- else inspired her to keep pursuing the sciences and ultimately space.

"It was about 1980, I was nine years old. My brother came home and he looked at my grades and my twin sisters' grades and he said, 'You know, you guys can probably become aerospace engineers or even astronauts,'" Epps said in the video.

"And this was at the time that Sally Ride [the first American woman to fly in space] and a group of women were selected to become astronauts — the first time in history. So, he made that comment and I said, 'Wow, that would be so cool.'"

The press release from NASA was relatively short with regard to Epp's leave and emphasized the career of Epps's replacement, Serena Aunon-Chancellor.

Aunon-Chancellor started her career with NASA in a more 'traditional' way than Epps. She began in 2006 as a flight surgeon. She then was selected as an astronaut in 2009 to be in the same class as Epps. She spent more than nine months in Russia supporting medical operations for ISS crew members. She's also board certified in Internal and Aerospace Medicine.

While this certainly isn't the closest an astronaut has ever been pulled from a mission, the decision did not come with a lot of explanation as to why. Again, that's not uncommon on NASA's end. Unless it's an extreme case, NASA rarely discloses personnel information even when requested. For example, after pressing for more information from Johnson Space Center spokeswoman Brandi Dean, Ars Technica received this answer:

"A number of factors are considered when making flight assignments. However, these decisions are personnel matters for which NASA doesn’t provide information."