The electric Chevy Bolt topped the sales chart for October but still trails Tesla in overall units sold for the year.

By  Jessica Miley
Nov 03, 2017
The all electric Bolt Chevrolet

The Chevy Bolt is officially the best selling electric vehicle (EV) this October. Chevy sold 2,871 of the vehicles last month ahead of the Toyota Prius which hit 1,626 sales while Tesla trailed behind with just 1,120 Model Ss sold for the month. This is the first time that the Bolt has topped the sales chart. While Chevy is soaring in popularity it is still lagging behind the high performing Tesla Model S in total sales for the year.

Tesla has sold about 20,750 units to date compared to the Bolt’s 17,000. The Bolt is a popular choice for people making the switch to EV for a number of reasons. First, the price is chunk less than the Model 3. Most Bolts retail at about $37, 000 but with state and federal incentives, that price can drop to as low as $30,000. That is compared to the Tesla, which retails for about $62,000 after incentives (please note incentives range depending on your location). While the Chevy doesn’t have the same luxury details as the Model S, it is seen to be a more reliable option. Chevy dealers are everywhere while Tesla is seen as some U.S based consumers as an untrusted new player.

The price difference between the two vehicles makes them hard to compare on many levels. 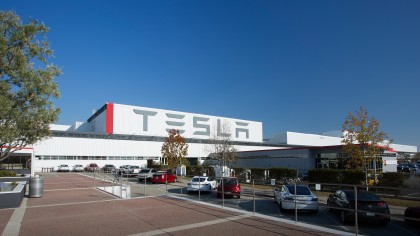 Comparing the Bolt to the Tesla Model 3 makes a lot more sense but the Model 3 is still basically impossible to buy. To date, the company has only managed to deliver about 222 sedans which is much less than everyone had anticipated. There are an estimated 400,000 people waiting for their own Model 3. The company had estimated that by the end of the year they would be able to produce 5,000 cars per week. But on Wednesday Musk said this production schedule was going to be pushed back to March 2018. "In the grand scheme of things this is a relatively small shift.” As EV’s continue to become the first choice for many consumers the immediate availability of cars will become crucial.

Chevy Bolt is a solid choice for new EV drivers

Most of the people on Tesla’s Model 3 waiting list have put down a deposit of $1000 USD but their patience for the wait will only stretch so far. If customers do choose to pull out of the list the Chevy Bolt would be the next logical choice for many. It has very similar space specs inside the car, and while the Bolt has slightly better range, 238 miles versus the Tesla 220, there isn’t much that separates the two in terms of performance. The Tesla does have a higher top speed of 130mph compared to the Bolt’s 93 mph, but this is unlikely to sway many consumers at the final decision. We’ll be keeping a close eye on next month's sales numbers to see if Chevy gains any ground against Tesla.

Via: The Verge, The Drive