In an ambitious project to eradicate and stop genetic disorders, the city of Dubai wants to test the DNA of its entire population. The project will be part of the city’s 10X initiative.

The city of Dubai plans to test the DNA of its 3 million residents, in a project which aims to improve their health.

This is part of the Dubai 10X Initiative of the United Arab Emirates city, which intends to implement as soon as possible the technologies it believes will become standard 10 years from now.

The Dubai Health Association says it will create a database of the genes of all of its residents, including non-citizens, local media reported.

It will then create unique artificial intelligence which will analyze the data and predict diseases before they occur.

The city said it wanted to “reverse” the genetic research process. “Instead of studying an affected patient’s genetics, our AI goes through database, finds out who has been affected, and looks for non-patients with similar genetic profiles and are therefore at risk,” the project's website said.

The city will also work together with pharmaceutical companies to form therapies for genetic conditions.

The project has very ambitious targets. The city aims to wipe out and stop genetic disorders; prevent disease by causing lifestyle changes in people at risk; help implement personalized medicine’s adoption as well as turn Dubai into a leader in DNA medicine.

It is not yet known if Dubai will test the DNA of all of its residents, or to only fully test a large number of them and then partially sequence the rest. It is a very big target to try to DNA-test 3 million people, experts say.

Even the United Kingdom, which has one of the most vigorous biobank programs in the world, only plans to DNA-test half a million British people.

The first phase of the project, collecting DNA samples and setting up laboratories, should happen over the next two years, Humaid Mohammed Al Qatami, director general of the Dubai Health Association, said.

It’s not yet clear what kind of privacy protections will be in place to protect people’s data. It is also not clear if there will be any requirements for participation.

Could help diseases in the region

The country has 220 diseases linked to genetic disorders, which are responsible for 70 percent of child mortality cases before the age of six, the health authority says.

The blood disorder thalassemia is known to affect almost half of the Emirates population. This disease is common in Middle Eastern countries. 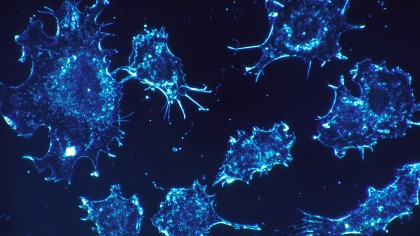 The UAE already has an obligatory health screening before marriage which includes screening for genetic diseases so that couples will not pass on disorders to their children. Many other Middle Eastern nations including Saudi Arabia and Qatar also implement this screening.

Such programs are not especially successful at discouraging at-risk marriages, according to a study conducted in 2015. But it was found they did reduce the number of births which will be affected when countries also provided prenatal screening and therapeutic abortions.

Dubai’s initiative could also lead to uncovering health issues which are specific to the region. It could also highlight how environmental factors interplay with genetics.

Via: The Khaleej Times