Does any vehicle on the road need to have a speed of 218mph full out? What about a motorcycle that offers 200 horsepower and which provides the same amount of torque that you would get from the Hyundai iMax? This is possible thanks to an innovative motorcycle that will be heading to the US this summer that goes by the name of the Lighting LS-218 and will be the world’s fastest production bike. 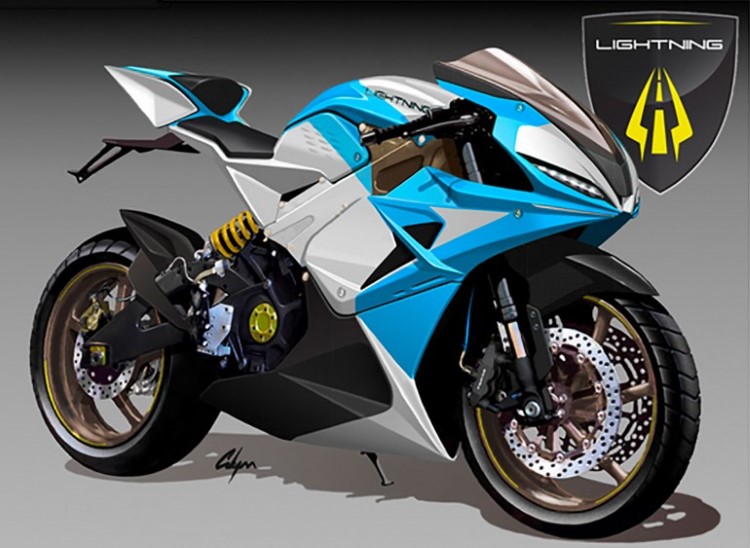 There is a lot of good reason to get excited about an electric motorcycle; it will, after all, be the fastest production bike on the planet for starters. The time has finally come when a company is able to deliver an electric motorcycle that offers practical range along with a performance that knocks the socks off anything out at the moment.

The Lighting was shown off last year when it was given a sneak preview after doing a 20 second victory lap at Pikes Peak. Over the weekend it was show off again at the Quail Motorsport Gathering in California. The photos that have been taken of the bike show the bare shell, there is no battery fitted into it, however the company behind the bike, Lightning, went ahead and revealed some awesome specs to accompany the photos.

The 218 in the name of the bike is of course in reference to the top speed it can achieve, 218mph. The company behind it are confident that in fact the bike will go faster than this. Whether it does or doesn’t is immaterial really as at 218mph it holds the title of the fastest production motorcycle anyway.

To make sure that it reaches the top speed it is 200 horsepower liquid cooled and this is located towards the pointed end of the bike, as it does with the very latest hypersports bikes entering the market. The Lightning does in fact offer 168lb.ft of torque, which happens to be almost twice that of the Ducati Panigale.

The LS-218 has a direct drive system, which means it doesn’t have transmission or a clutch. In low power mode it should be very easy to ride, however the same may not apply should you set about trying to break the land speed records.

There will be different battery packs available and of course these are tailored to suit all budgets; from the smallest at 12kWh to the top rank at 20kWh which will offer a maximum of around 180 miles. Lightning say that it will take 30 minutes to charge the battery using quick charge - how long it will take to charge from 0% to 100% using a standard wall socket is unknown.

The weight is 495lbs and the running gear will be top notch thanks to the Öhlins FGRT forks and TTX shock, magnesium Marchesini wheels and radial Brembo front brakes.

Would be owners of the bike can customise more than just the battery, a carbon fibre frame and swingarm can be chosen and this will save on weight. The dash can also be customised with an Android touch screen that is fully programmable. The seating unit can also be chosen and customised, plus you can have a custom graphics wrap.