The Explosion of Insect Protein

In 2013, the UN produced a report on eating edible insects, and since then the number of U.S. insect producers and insect eaters has jumped.

Back in the 1950s, the new "in thing" in the U.S. was Italian food. Italian restaurants sprang up all over, and Americans began sitting in red leather banquettes slurping up spaghetti. An offshoot of the Italian food trend was pizza. Today, more than 40% of Americans eat pizza at least once a week.

In the 1970s, Mexican food started to get hot (no pun intended), and Americans began eating foods they had never tried before, such as tacos, salsa, tortillas, enchiladas, refried beans and dirty rice.

In the 1990s, a new food began conquering America - sushi, and Americans were suddenly eating raw fish and sticky rice. Today, you can buy sushi in most grocery stores, and they've got poke, made with diced raw fish, at Costco.

Fast forward to the 2010s, and there's a new food trend on the horizon - insects! Before you go "ewwww", which is known in the entomophagy industry as the "ewwww factor", consider the following points.

1. According to the United Nations, by the year 2050, the world's population will be 9.7 billion. Feeding that many people will require the production of twice as much food as we currently produce, but there isn't enough arable land available to do it. In 2013, the UN produced a report on eating edible insects.

One third of the Earth's arable land is already used for livestock, and this has led to continuing deforestation and put a strain on water resources.

2. 80% of the world's population already eats bugs. As more Westerners have visited Southeast Asia, they have become familiar with eating toasted crickets, while fire ants are on the menu in South America, and in Africa, beetle larvae are considered a delicacy. In Mexico, yellow mealworms are increasingly showing up in tortillas. 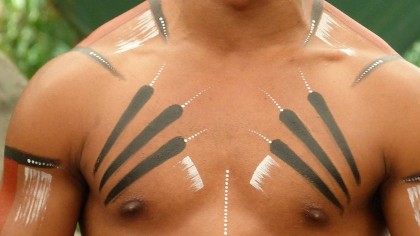 Insects have a high feed-conversion efficiency rate, which is measured in kg of feed per kg of weight gain. This is an animal's capacity to convert feed into increased body mass. Also, insects require far less water than do cattle, sheep, goats or poultry.

100 gallons of water creates 6g of beef protein, 18g of chicken protein, or 238g of cricket protein. A family of four eating food made with crickets just once a week for a year would save 650,000 liters of water.

4. Insect protein is high-quality protein. In a comparison of beef and cricket protein, crickets are 69% protein while beef is only 29%. Crickets contain nine essential amino acids, along with B12, iron, zinc, magnesium, sodium, potassium and calcium. Cricket flour contains more calcium than milk, and more iron than spinach.

A single hectare of ground (2.47 acres or 10,000 square meters) could produce 150 tons of insect protein per year, and crickets produce 80 times less methane gas than cows. This could have an enormous impact on greenhouse gasses and global warming.

5. Over half of fish consumed around the world are now farmed, and insect protein could make a great fishmeal because insects are a natural food source for fish. They are also a natural food source for poultry, and the exoskeleton of insects contains a substance known as chitin, which is a polysaccharide. Chitin naturally boosts the immune system of poultry, thus eliminating the need for antibiotics, which go up the food chain into humans.

6. The UN is predicting that 68% of the world’s population will live in cities by the year 2050. Insects can be raised in warehouses and other urban buildings, and this dovetails nicely with the urban farming trend. Vertical farming has had experienced a whopping 30.7% compound annual grown rate since 2015, and by 2020, it is expected to reach $3.88 billion.

7. For investors, the global market for edible insects is expected to reach $1.53 billion in 2021. Insect farming offers a high demand which outstrips its supply, can be done in small buildings with a minimum number of employees, insects have a high reproductive rate, and are easy to manage and transport.

Two insect farming companies, EXO and Chapul, already produce protein bars made with crickets, mealworms, and grasshoppers, that are available for sale at health food stores, grocery stores, airport kiosks and Amazon. Salt Lake City based Chapul pitched on the TV program Shark Tank, and the billionaire Mark Cuban invested in them.

Do you really think about who you're eating?

This year, on May 5th, when you celebrate Cinco de Mayo, which commemorates Mexico's 1862 victory over the French, be sure to do it with a bottle of mezcal that contains the maguey worm, which lives on the agave plant, and don't forget to eat the worm.