The Father of Microbiology: An Antonie van Leeuwenhoek Biography

Antonie van Leeuwenhoek had a troubled childhood but would go on to lay the foundations for modern microbiology.

Antonie van Leeuwenhoek is probably one of the most important microscopists you've never heard of. A haberdasher turned into a scientist he practically invented the field of microbiology.

Today, the 24th of October is officially the anniversary of Antonie's birth so let's take the opportunity to take a quick look at the life and times of this often overlooked pioneer of microscopy.

Who is Antonie van Leeuwenhoek and what did he discover?

Antonie Van Leeuwenhoek was a  Dutch textile merchant (haberdasher) turned into a scientist who, almost single-handily laid the foundations for the development of bacteriology and protozoology and microbiology in general. His work was one of the critical events that led to the final refutation of the spontaneous generation hypothesis.

In his later life, during his 40s, Antonie would become the first person to describe single-celled organisms. Although we call them bacteria today he coined the term 'animalcule' for these new fascinating critters.

These he found after examining some plaque scraped from his teeth (as you do).

"I then most always saw, with great wonder, that in the said matter there were many very little living animalcules, very prettily a-moving. The biggest sort… had a very strong and swift motion, and shot through the water (or spittle) like a pike does through the water. The second sort… oft-times spun round like a top… and these were far more in number."

His work would forever earn Antonie the title of the "Father of Microbiology". He did all this without any formal education and by using his own hand-built single-lensed microscopes.

It would take another 200 years before Louis Pasteur and Robert Koch would later make the link between some diseases and microscopic organisms like bacteria. Antonie's term "animalcule" would later be replaced with the modern term bacterium in 1838.

Bacterium comes from the greek Bakterion that means a small rod or staff. Of course today we know that bacteria come in a variety of shapes from the classic rod-shaped to spherical and even curved.

Antonie was born in 1632 in Delft, a town in the Netherlands, to a basket maker father and a brewer's daughter.

Antonie then spent some time afterward living with an uncle. His uncle was a lawyer and helped Antonie with basic literacy and numeracy, reinforcing the education he had received in local schools.

Records from the time show that he only spoke Dutch and didn't learn any other languages. This would likely suggest that he never expected to attend university as he would have, at least, needed to learn Latin.

After his stepfather died, Antonie became an apprentice at a linen drapers in Amsterdam. in 1648. He would quickly prove his worth and was soon promoted to the very trusted position of cashier and bookkeeper.

Several years later, in 1654, he returned to his hometown of Delft and opened his own draper and haberdashery shop. He also sold buttons, ribbons and other clothing accessories.

He married in 1654 to another drapers daughter and the couple had five children together, Sadly only one survived to adulthood.

in 1660 Antonie managed to obtain a position as a chamberlain to the sheriffs of Delft. This position provided him a regular secure income and freed him up to begin to devote his time to his hobby of grinding lenses.

Antonie was also appointed to supervise Delft's wine trade and had the power to levy taxes on any imports. While running his shop and working for the city of Delft, Leeuwenhoek became a qualified land surveyor at about 40 years of age, just before he started his scientific work.

As part of his work as a draper and haberdasher Antoine regularly checked the quality of his wares using glass beads and magnifying glasses. The use of glass pearls had been common practice for hundreds of years.

But he wanted to see in more detail and developed an interest in lens making. The combination of his extensive experience using glass beads as magnifying aids and interest in lens making would ultimately lead to one of the biggest insights, though jealously protected technical insights in the history of science. 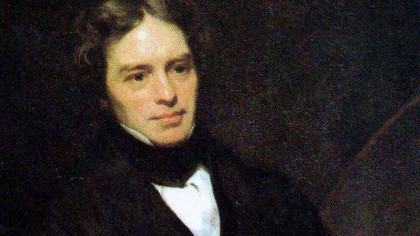 There appears to be some evidence that he was influenced, at least in part, by the work of Robert Hooke. Hooke had, in 1668, published his Micrographia which became an instant bestseller.

This book contained examinations of the microscopic world including examinations of cloth. Within the book, Hooke describes how to make a microscope using a single spherical lens - similar to those Antonie was familiar with using.

As Van Leeuwenhoek could only speak Dutch it is unlikely he read the book himself but it is now believed he probably used Hooke's techniques to develop his own lenses. Hooke, however, decided against the technique as the user would need to place their eye (and lens) fairly close to the object in question - a process that quickly strains the users' eye.

Hooke opted for the use of a compound microscope setup (two or more lenses) instead.

Leeuwenhoek, on the other hand, was quite happy with the use of small spherical lenses for this purpose. Although the method he used to make them was kept secret it is likely he made them as follows:

He heated the middle of glass rods until molten; by pulling on the ends of the rod in opposite directions he was able to form a long, thin thread of molten glass; he would continue to pull the ends until the thread grew so thin it finally snapped; by reheating one of the broken thread ends he was able to form a small glass sphere - the smaller the sphere the better the magnification.

Leeuwenhoek begins to make his own microscopes

Antoine would use his new spherical lenses to build his own microscopic apparatus. The smallest of these lenses he used was just 1mm in diameter.

So good was the magnification, in fact, that he was able to see objects as small as 1.35 μm - easily enough to see microscopic organisms like red blood cells. Today it is unclear how he lit the objects he was studying - this is a vital part of modern microscopy and would have been a limiting factor to his studies.

However he did it he was able to record, with exquisite detail, sketches of the contents of liquids (like blood and pond water) and solid objects like plant and animal tissue.

He would go on to make over 500 tiny microscopes during his life. These would prove to be awkward to use by a third party which, in part, explains the predominance of compound microscopes today.

But with Leeuwenhoek's unique skills he was able to reveal an entirely new realm for future scientific study.

Antonie soon turned his attention to the study of the microscopic world in general. Using his high-quality lenses with a very short focal length he was the first to document single-celled organisms like bacteria and spermatozoa.

Despite his lack of formal scientific training, he was able to keep incredibly detailed notes and diagrams of a hitherto unknown world.

in 1674, many agree, he observed and described, for the first time, protozoa and bacteria shortly after. His "very little animalcules" were isolated from various sources including rainwater, pond, and well water, the human mouth, and intestine, to name but a few.

On some occasions, he was even able to calculate their sizes. In 1677 he also managed to isolate and describe spermatozoa from insects, dogs, and humans - though it is likely he was a co-discoverer with Stephen Hamm. Antonie also made detailed descriptions of the optic lens, striations in muscles, the mouthparts of insects, and the fine structure of plants and discovered parthenogenesis in aphids.

He would later note that yeast consists of minute globular particles in 1680 and made the first accurate descriptions of red blood cells soon after.

For his impressive work, he was later appointed as a Fellow of the Royal Society in London the same year.  His discoveries were, for the most part, made public in the society’s Philosophical Transactions.

These included the first representation of bacteria ever in a drawing by Leeuwenhoek in the publication in 1683. He would later go on to make significant contributions to the lifecycle of weevils and fleas (thereby undermining the prevalent theory of spontaneous generation).

During the last weeks of his life, he continued to send letters with detailed observations of his own illness. Antonie had contracted a very rare disease that consisted of uncontrollable muscular spasms in the midriff.

Today the disease is known as van Leeuwenhoek's disease which is  subcatecory of Myoclonus.

He finally succumbed to his illness on the 26th August 1723 at the grand age of 90. He was later laid to rest in the Oude Kerk in Delft.