The electronic cigarette market has taken off over the past two years. However, this unprecedented growth has garnered tons of concern.

With the e-cigarette market expected to reach  $44,610.6 million by 2023, experts have been looking into the factors have been shaping this growth and the demographics purchasing electronic cigarettes.

The FDA or U.S. Food and Drug Administration is planning to meet with some of the top manufacturers of e-cigarette to tackle the growing issue of teen vaping.

Though controversial, research has indicated that teens are more likely to use an e-cigarette than usual, potentially even leading teen e-cig users to smoke regular cigarettes.

According to a study Institute on Drug Abuse, among teens, 30.7 % of e-cig users started smoking regular cigarettes within six months while 8.1% of non-users began smoking.

The sudden rise in popularity of devices like JUUL among teens has caused what the FDA has called an e-cigarette epidemic.

The #FDA continues to conduct our own inquiries and/or investigations of e-cig makers related to marketing activities and other product-related issues. I'll be reaching out to CEOs to schedule new meetings. Manufacturers and management are accountable for the youth epidemic. 5/5

Due to its extreme popularity, JUUL has become a massive target for the FDA and its crusade against the electronic cigarettes.

Most likely due to its success among teens,  just last month JUUL was evaluated at an estimated $38 billion getting a massive $12.8 billion minority stake investment from Tobacco giant Altria.

The FDA is making a massive effort to combat the growing trend, pressuring manufacturers like Juul to no longer sell many of its flavored e-cig pods in retail stores, also closing down some of its “teen-friendly” social media accounts amid ongoing reports that it shares significant responsibility for the spike in teen vaping.

As stated by FDA Commissioner Scott Gottlieb, “There’s no reason manufacturers must wait for the FDA to more forcefully address the epidemic. Some already appear to back away from commitments made to FDA and the public. 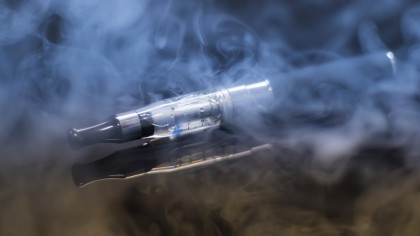 “The vaping community that supports harm reduction for adults should also focus more of their efforts on select manufacturers that are primarily responsible for the youth epidemic if, like FDA, they seek to preserve these opportunities as a way to transition adult smokers.”

Do you think vaping is an issue among teens, for the government to interfere? Leave your comments below.