The First AI-Powered Google Doodle Is an Hommage to Bach

Google published its first AI-driven Doodle today which celebrates the birthday of one of the most influential composers of the history, Johann Sebastian Bach.

Today’s doodle is a must-try, and it is not only for music enthusiasts or the lovers of baroque harmonies! The tech mogul’s homage to the renowned composer reveals actually way more than just giving you some fun minutes during lunch break.

Well, after a short intro, you can play some notes using your mouse on a simplified organ-like keyboard. What happens next is that the AI joins in and creates a two measure melody in the style of the German composer.

The doodle was made in partnership with the Google Magenta and the Google PAIR teams. The core of the fun is a machine learning algorithm.

Machine learning is the way computer scientists build the ‘intelligence’ of an AI. In spite of the traditional method, in which a computer is programmed to follow a strict set of rules; in machine learning, it is given a vast amount of data to process in order to come up with its own ‘ideas.’ 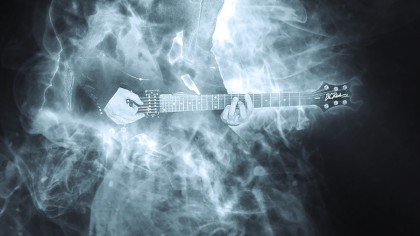 The strict structure of the chorales served as an excellent learning material. (Four voices with their own melodic line developing a rich hormonal progression when played together.) Coconet is indeed a smart little program, and it can harmonize as well as compose music from scratch.

Although, since those processes require a massive back-up on the hardware side, there wouldn’t be enough for us to doodle today. This is where Google’s PAIR team joined the endeavor. Their job was to optimize Coconet’s requirements so that the machine learning model can run in our browsers real time.

They used TensorFlow.js, a library which makes complex computing processes faster by combining existing JavaScript models. In addition to all that, Google introduces another novelty, Tensor Processing Units (TNUs) here in case your computer wasn’t powerful enough to do all the calculations necessary.

So where should we look for the next Bach?

This is the question of what has been occupying the thoughts of not only experts but also producers and journalists alike. Our author John Loeffler draw a very interesting line between photography and music creation in his article about musical AI revolution.

He says that we are standing in the door of a new era in music production in which AI will have a very important, if not leading, role. Within the next couple of years, the development of musical AI programs will make waves as huge as the evolution of mobile photography (and the online sharing platforms emerged with it) caused recently.

It is certainly true that we are facing a new era, although one huge question remains, and that is the question of creativity, and all the unpredictable nuances coming with it.

We still have a couple of years ahead of us till the first AI wins a Grammy - our only advice is to use this time wisely and listen to as much great human-created music as possible. Let’s start with Bach today!