At CES 2019, flexible screens made a huge splash, and Royole’s FlexPai, the world’s first commercial foldable phone + tablet with a fully flexible display, is a part of the growing wave of devices eschewing rigid, fixed screens.

Taking on the Big Name Players in Mobile

Officially launched on October 31st, 2018 as the world’s first commercial foldable smartphone with a flexible display, the FlexPai is everything you’ve been promised a flexible smartphone can do.

It can be used folded or unfolded, giving it the versatility and portability of a phone with the functionality of a tablet.

It uses Royole’s 2nd generation Cicada Wing flexible displays, bending freely from 0 to 180 degrees. The screen cannot be cracked the way other smartphone screens can, and is highly scratch resistant.

Unfolded, the Flex Pai offers multitasking and split-screen mode, allows users to drag-and-drop between apps the way you can on a computer.

It features fast charging based on Royole’s own Ro-Charge technology and runs on a modified version of Google’s Android OS.

A Justified Reputation for Innovation 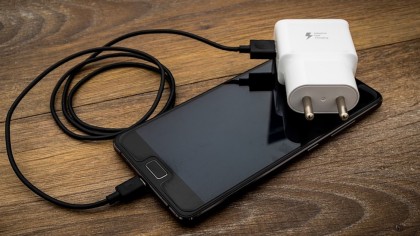 Royole has been at the forefront of the flexible screen revolution. Their Flexible+ platform, the combination of flexible displays and flexible sensors, can be integrated into any number of applications or products providing a one of a kind user experience.

Royole was one of the first to develop the flexible screen technology that was on full display at CES 2019.

“Royole's Flexible+ technologies have squarely put us in a leadership position in today's ever-evolving consumer technology industry," according to Michael Williams, Royole's Senior Director of Marketing.

"We are currently working with over 220 business partners worldwide to implement flexible displays and sensors in a variety of products that will reshape the world of consumer technologies."

The Future of Foldable Phones

Royole isn't the only device maker looking to market a foldable phone + tablet, but they are the first out the gate, so it remains to be seen if they can capitalize on first mover advantage.

If nothing else, Royole's FlexPai shows that the concept isn't only viable, but functional and attractive, so expect more foldable phone + tablet offerings in the future.