The first ever seeds successfully sprouted on the moon have died due to cold temperatures.

The first plants grown on the moon are dead after rising temperatures scorched the fragile growth. The plants were grown as part of China’s Chang’e 4 mission to explore the far side of the moon. 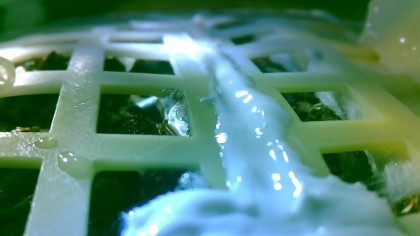 The space lander touched down on the Von Kármán crater on January 3, tasked with exploring the unfamiliar side of the moon. As well as being equipped with a solar-powered rover for surface investigations, the lander was also carrying some very special cargo - a small garden.

The sealed container developed by Chongqing University contains seeds from potato, cotton and brassica napus as well as arabidopsis, drosophila melanogaster, and yeast that can combine to create a little ecosystem.

Plants die, but the legacy lives on

The cotton seeds were quick to sprout, marking the first-ever plants grown successfully in space outside of the relatively controlled conditions of the ISS.

The breakthrough was big news for those committed to deep space colonization. Growing food on the moon could mean Mars or other space-based colonies could be self-sufficient and not rely on restocking from Earth.

Unfortunately, the celebrated seedlings have perished. The canister housing the seeds did not have a heater and as the moon was experiencing nighttime, temperatures plunged to minus 52 degrees Celsius [minus 62 degrees Fahrenheit] ending the experiment.

A day and a night on the moon last about two weeks so when the sun rises on Von Kármán crater later this month, the seedlings will be well and truly ready to rot.

Chang'e 4 continues with the core mission

While the growth of the plants is still a massive breakthrough, the experiment isn’t the core mission of Chang'e 4. In fact, the moon garden is more like a stroke of luck.

Back in 2015, The Chinese Space Authority asked leading Chinese universities to pitch interesting payloads for the Chang’e 4 mission and the mini biosphere was the winning entry out of hundreds.

Chang’e 4 is now busy on its main task which is gathering information about the far side of the moon's surface and atmosphere. It is sending this information back to its headquarters via a satellite relay.

Chang’e 4 is just one piece of an ambitious Chinese space exploration plan. It is expected that Chang'e 5 will launch and head to the moon to collect samples that it will return to earth. The first kind of its mission since the 1970s.

The moon's seedlings aren’t the first plants to be grown in space, the International Space Station, the Mir Space Station and China's Tiangong-2 space lab have all tended gardens before.

It's Possible to Grow Radishes on the Moon, Finds NASA Scientist

Search For Crater Ice Reveals Abundance of Metal on the Moon