The fold up toilet that saves water

Gareth Humphreys and Elliott Whiteley, two design students at the University of Huddersfield in West Yorkshire, England, have conjured up a new design for the toilet - something which hasn't changed for a long period of time. Their university final year project design, named the Iota, is not only reduced in size compared to traditional toilets, but also uses less water per flush - 50% less in fact.

This 50% reduction in waste water means that 10,000 litres of water could be saved per year for a single person. The average toilet uses 5-6 litres of water per flush and in America, this accounts for more than 26% of water use for the whole household - more than showers, faucets or even washing machines. The Iota fold up toilet on the other hand, uses just 2.5 litres of water per flush, which is unarguably an impressive design specification when compared to the amount wasted in traditional toilet design.

And all this water saving is not just for your average environmental enthusiasts; California just became the first state in America to require that citizens install low-flow toilets during all bathroom renovations. 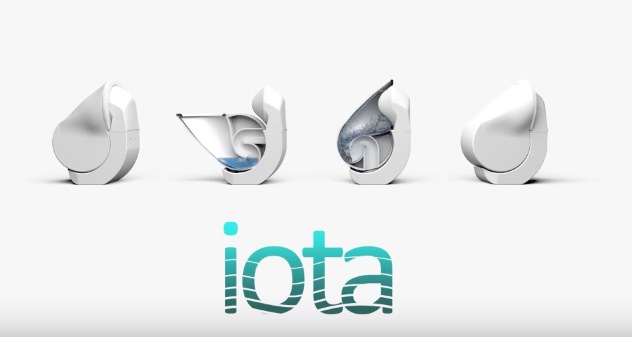 Not only does the Iota save on water, it is also reduced in size compared to the average toilet. When in the closed position, it is 1/3 the size of a normal toilet and this could be another promising factor of the design, as cities are becoming ever denser and space is becoming a design issue. The design could help reduce space required for a bathroom, allowing for a more compact design, leaving space for other rooms.

It works because the toilet bowl contains a built-in U bend that disengages from the waste pipe when in the seated position.

When the flush mechanism is activated by folding the toilet into its upright position, the U bend re-engages simultaneously and an air-tight seal ensures that waste stays where it should be.

An internal frame supports the bowl using a sliding hinge mechanism and a nylon roller. The hinge mechanism keeps the toilet straight, while the roller takes the weight of the user and transfers it through the frame to the floor.

The design remains a concept and Gareth and Elliot have applied for a patent on the design, looking to sell the idea and get it into production. As no prototype has been produced there are still some unanswered questions like how easily can it be cleaned and will it be able to cope with overweight users. That said, the eco-friendly and simplistic design may just be the answer to the future of toilets.