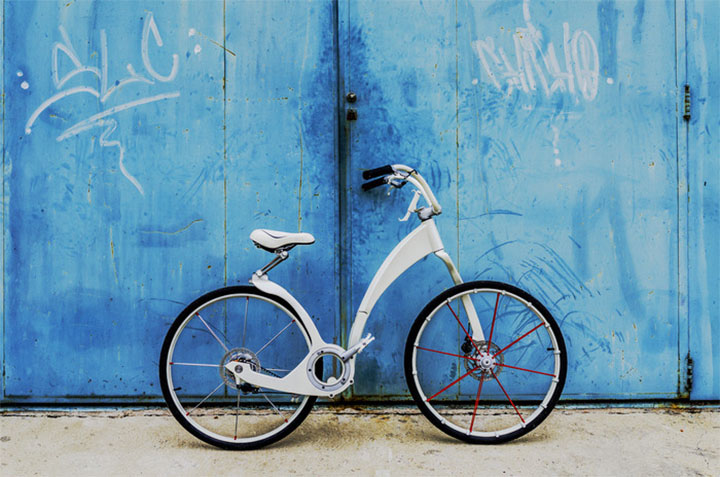 "We all know that bicycles are the most efficient and eco-friendly way to commute throughout the city, but we found out that there is no bicycle with all the features that satisfy all the needs of the everyday commuter," the bicycle's New York-based creators write. "In fact, there has not been any major or real innovation since its original creation in the 1800s. That is why we invented The Gi-Bike, by carefully challenging every aspect and design of the traditional bike."

The Gi-Bike is rammed with features that are really trying to up the bar in bike design. Although it is not fully electric, the bike offers electrically assisted pedalling for a range of 40 miles, powered by the on board lithium ion battery. It even includes a GPS tracking system that locks the bike when it’s out of a certain range to keep thieves at bay. 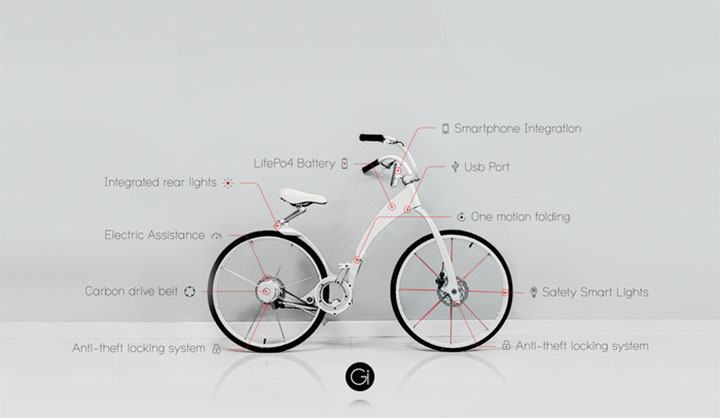 The bike weighs in less than 17kg as it is made from lightweight aluminium and has an incredible folding time of just one second! Folding bikes can often be fiddly but the Gi-Bike folds up like paper. and offers a maximum top speed of 15mph from the electric power.

The electric motor can be recharged using a USB cable and even offers charging for your mobile devices. You can even connect a smartphone to the bike for GPS data and also to change the speed of the electric assistance.

In terms of safety, the bike features a locking system when there is weight on the seat to ensure the bike doesn't fold up during use. There are also lights on the wheels that look like something straight out of Tron that offers extra visibility of the rider and bike during low light conditions. 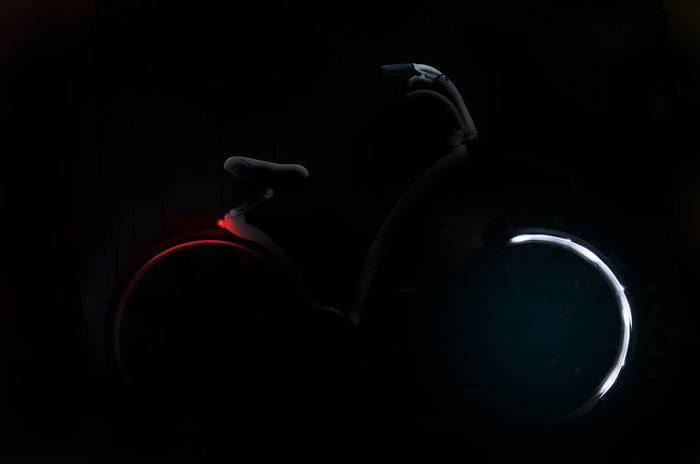 You can pre-order an electric Gi Bike over on their Kickstarter campaign for a minimum early-bird pledge of $2,990 (normal price $3,390), and a manual version, without the electrical assist, lights and smartphone connectivity for a minimum pledge of $2,590. The team is looking for $400,000 to fund the production of these bikes and they’ve hit $20,000 so far. They expect to ship bikes in March 2015.