Scientists have discovered that 'logically, theoretically, mathematically' we cannot stop aging. As our cells age, they lose function while others grow at a cancerous rate.

Put down that Revlon cream. Scientists have discovered it’s impossible to stop aging. While most of the world had long ago accepted the facts, researchers have put the lid on the case once and for all. Two mathematicians in Arizona have released a paper titled "Intercellular Competition and Inevitability of Multicellular Aging," published in Proceedings of the National Academy of Sciences. "Aging is mathematically inevitable -- like, seriously inevitable. There's logically, theoretically, mathematically no way out," said Joanna Masel, professor of ecology and evolutionary biology and at the UA.

At a broad level, the authors of the study noted that there are two main cellular activities happening when we age. First, cells start to lose their function and slow down. For instance, increasing grey hair is a result of the hair cells stopping making pigment. The other thing that happens as we get on in years, is that some cells crank up their growth rate. This increased growth is the building blocks of cancer. The researchers say that at some point if we live long enough our bodies will develop cancer cells even if they don’t cause us problems. 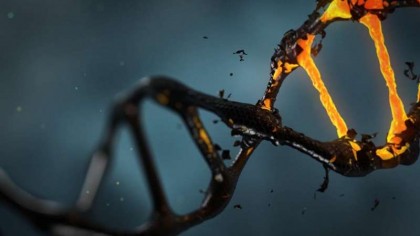 Scientists had long held out hope we could slow or stop aging if only we could figure out how to make the selection between organisms perfect. One way to do this would be to eliminate poor-performing cells while keeping the ‘good’ cells intact. But this theory has been stopped by the new research.

The research authors Joanna Masel and Paul Nelson found that you can’t have it both ways. "As you age, most of your cells are ratcheting down and losing function, and they stop growing, as well," said Nelson, lead author of the study. "But some of your cells are growing like crazy. What we show is that this forms a double bind -- a catch-22. If you get rid of those poorly functioning, sluggish cells, then that allows cancer cells to proliferate, and if you get rid of, or slow down, those cancer cells, then that allows sluggish cells to accumulate. So you're stuck between allowing these sluggish cells to accumulate or allowing cancer cells to proliferate, and if you do one you can't do the other. You can't do them both at the same time.”

While most of us had already accepted the simple fact of life, that we are going to die, this new research starts to give some mathematical understanding to the reasons we age. Masel says, "It's no surprise that we're all going to die; lots of things are obvious because they're so familiar to us, but really, why is it that we age? We start to explain why.” The research doesn’t say we can’t slow aging through other means or that cancer will kill us all, but it does show that attempting to fix one problem makes the other one more prevalent, so that eventually either cancer or aging is mathematically going to occur.