The Google Effect on Memory: Is It a Form of Brain Damage?

We rely on Google and the Internet for everything. Is it causing brain damage?

Nicholas Carr was one of the first people to publicly voice their concern about Google’s effect on memory and attention span.

Carr described it in a way that makes it sound like a form of brain damage which reignited a debate about the Internet's effect on our brain that continues to this day.

A study by a team of psychologists tried to explore the concerns of Carr and others about Google's effect on memory and the internet's effect on our brain more generally.

The results adds fuel to the discussion about how technology will proceed in the future and whether the trade offs of progress are worth the cost to certain human capacities, and whether these changes should be considered a form of brain damage.

Betsy Sparrow of Columbia University along with Jenny Liu at the University of Wisconsin-Madison and Daniel Wegner of Harvard University set out to find what having constant access to information did to our capacity to retain information.

Together, they conducted a series of experiments with student volunteers which provides support for the contention that the Internet has an effect on our memory.

The first experiment they ran was to determine what students did when presented with challenging questions.

A researcher would ask the student a question and they would respond with an answer, or say they didn’t know the answer. They would then be shown a card with a word on it in one of many different colors and asked to name the color.

What they found was when a student was presented with questions they could not answer, they were more inclined to be focused on Internet related terminology in the follow up test.

This suggests that Internet related vocabulary has become tied in our minds with missing information—essentially a Google effect on our memory.

In the second experiment, the researches has students write down in a text document on a computer 40 pieces of trivia and tested them in different ways.

For the first group, students were either told their answers would be saved or that they would be erased.

The second group performed the same task, only they were told either the statements were saved, saved in a specific folder, or erased. They were then presented with 30 statements, half of which were altered in some way.

In the last experiment, a group performed the same task as in the second experiment, but everyone was told their work would be saved in folders with labels, such as “info”, “fact”, etc. 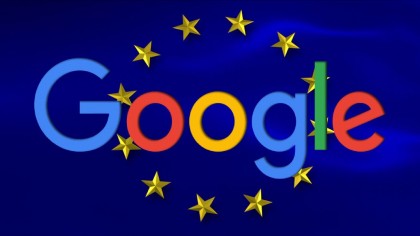 But if the researcher asked in which folder a specific statement had been saved, they were able to identify 1/2 of the folders.

This suggests that when presented with information, if we know where we can find this information again, we will remember where to find it, rather than the information itself.

This provides real evidence for the Google Effect on memory, though it'd be a rather large stretch to call it brain damage.

But, our brains are rewiring themselves to adapt to the Internet age, so the Google effect on our memory isn’t just old people being cranky after all.

But even as Carr himself points out, this phenomena goes back at least to the ancient Greeks.

Plato recounts in Phaedrus that Socrates was concerned that writing would diminish a person’s capacity to become wise.

If everything is written down, people wouldn’t need to recall anything, they could just refer to what someone else had written down and believe themselves knowledgeable.

I don't know if Socrates would have called this brain damage as he understood it, but it's certainly something like brain starvation.

The list goes on from there. People were scandalized by the printing press and Victorian England battled the scourge of young people reading novels of all things.

The killjoy Victorians would probably have called the "influence" these novels has as brain damage.

People complained that families stopped talking to each other so they could watch TV every night, now we're complaining that binge-watching on Netflix has killed family gathering around the TV.

Then you have movies, TV, and video games after that. Every one of these faced the same criticism as the Internet does today. Drawing attention to the internet's effect on our brain is essentially the same complaint that movies make kids less inclined to read.

And they aren’t wrong. Socrates wasn’t wrong about the Alphabet. People did stop carrying around a lifetime of accumulated facts in their heads, but they were also able to pass down what they had learned and discovered to later generations.

This act of cultural inheritance is what made the world we live in today and why I even know who Socrates even is, a man who has been dead for a few thousand years.

Which also means that the Internet's effect on our brain is real. Our brains will always rewire our synapses to make sense of the information it is receiving and so the new way of receiving information through the internet will effect our brain's structure.

But this isn't brain damage, it's brain plasticity.

Now, About That Internet Problem…

None of this is to say that the Internet doesn’t come with a host of new problems we’ve never had to deal with before.

The Internet's effect on our brain is proving itself to be a form of drug for many people, and various addictions are on the rise that we’ve never had to deal with before like online game addiction.

But even if we did consider that a form of brain damage, and some do, then it isn't exclusive to the internet. People get addicted to all sorts of things for all sorts of reasons.

What's more, the the Internet effect on our brain extends to our sense of security, making many of us feel like we’re safe and anonymous when in fact we are anything but.

Without knowing it, people are putting their most intimate details online in ways that they would never speak aloud in public, much less yell out in a crowded supermarket.

The Internet's effect on our brain makes it more likely that we'll fail to recognize our vulnerability.

And there isn’t even space here to begin discussing the issues of our what has happened to our privacy in the Internet era and the effect that is having on our psychological well-being.

Change is Never Easy, But it’s the Least of our Problems

It’s goes without saying that we’ll always have problems, but Google's effect on our memory, and the Internet's effect on our brain generally,  may or may not have real implications for our future.

While this should be discussed, it is hardly a unique circumstance.

Besides, there are many more pressing problems with the Internet that need to be addressed more urgently than the change it is affecting on its users.

Every media changes the person who consumes it. The printing press spread literacy, a world historic alteration in the brains of human beings.

Movies and TV have affected our capacity to endure exceptionally long narratives.

The Internet is almost certainly affecting our brain and our way of thinking. As the pace of technology advances, we will need to adapt more quickly to keep up, and that can be challenging for many.

But Google effect on our memory or the Internet effect on our brain isn't a sign of brain damage, it confirmations that our brain is doing exactly what it's supposed to do, adapting itself to meet whatever challenge presents itself in the future.