The standard wheelchair brings mobility to people with disabilities and allows them a great deal of freedom that they otherwise wouldn't have, however, there are many places that the typical wheelchair just cannot go. For instance, it cannot tackle woodland areas, beaches, trails and some parks without a great deal of difficulty. The GRIT Freedom Chair is a wheelchair that has been designed for recreational use featuring all-terrain capabilities and it's more affordable than the competitors on the market. 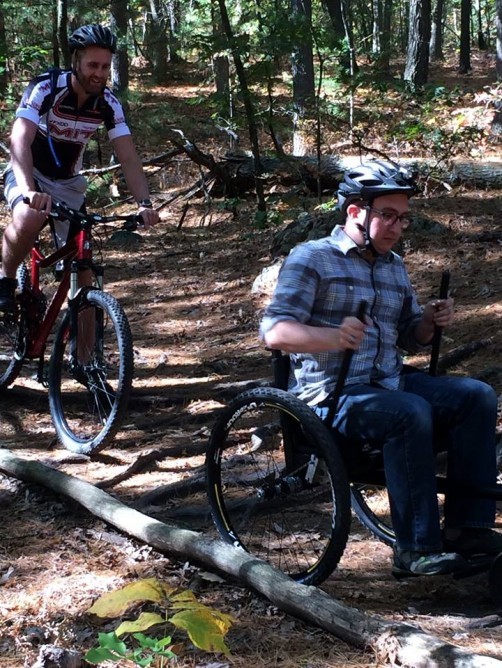 What makes the Grit Freedom Chair stand apart from competitors on the market is the fact that it is unpowered. This manual powered chair falls in somewhere between a typical wheelchair and a hand-cycle mountain bike.

The all-terrain wheel chair surfaced around half a decade ago under the name of the Leveraged Freedom Chair and was the idea of MIT students who found there was a need for a wheelchair that could tackle more rugged terrains in developing countries. These were countries where the roads, or lack of them, posed issues with those who relied on wheelchairs for getting out and about. 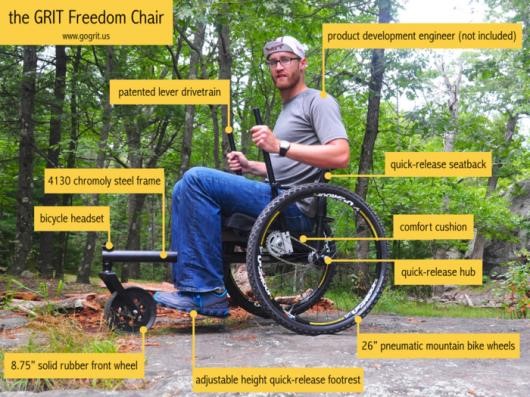 While the chair that was designed was small enough to be able to be used indoors, it was sturdy enough to tackle ground that was under developed and not very well maintained. The chair took many awards, one being a prize of $100,000 in the 2012 Mass Challenge start up competition. 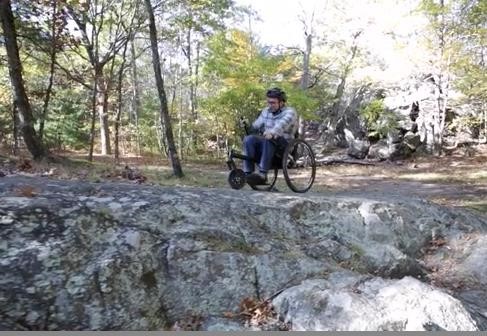 Now, the students from MIT have been able to fund GRIT, Global Research Innovation and Technology. They started providing the Leveraged Freedom Chair to developing countries worldwide. The chair, which is made in India, sells in bulk for just $250 each.

Now the students are going to bring the chair to the US and they have rebranded it with the name of the Freedom Chair. They have worked alongside those who regularly rely on wheel chairs for the past two years to refine the design of the chair. Based on the feedback of wheelchair users, they have changed many aspects. These include the need for the wheelchair to be collapsible, along with using bicycle parts so that the chair is easy to repair. 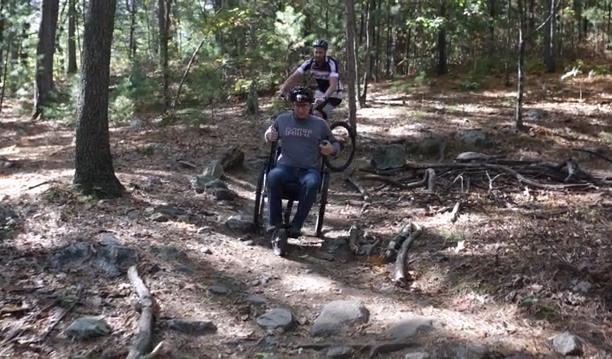 The Freedom Chair still has the primary design allowing it to convert arm power into motion thanks to a lever-based, geared drive train. Just as on any bicycle the gearing helps to ease strain on muscles of the user and this means that the wheelchair user can navigate rough terrain along with steep hills.

When holding the top of the levers the person has a 3:1 gear ratio that offers 50% more torque than they would have by pushing the rims of the chair. When holding them closer towards the base, the strokes are quicker and shorter (close to a 1:1 gear ratio), offering faster speeds which are 75% faster than a standard wheelchair.

Braking is by way of pulling back on the levers and they can also be removed from the wheelchair when they are not in use. 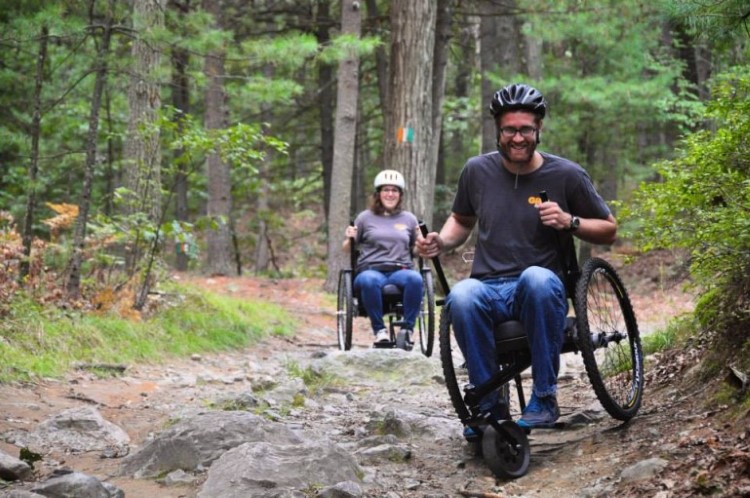 The Freedom Chair is built using a 4130 chromoly steel frame measuring 48 inches from end to end, with quick release mountain bike wheels of 26 inches and 1.75 inch hybrid tires. There is a front wheel of 8.75 inches that is solid rubber and this helps to improve the stability. The wheelchair can accommodate a person of up to 220lbs and for comfort over rough terrains there is a cushioned seat and adjustable footrest. 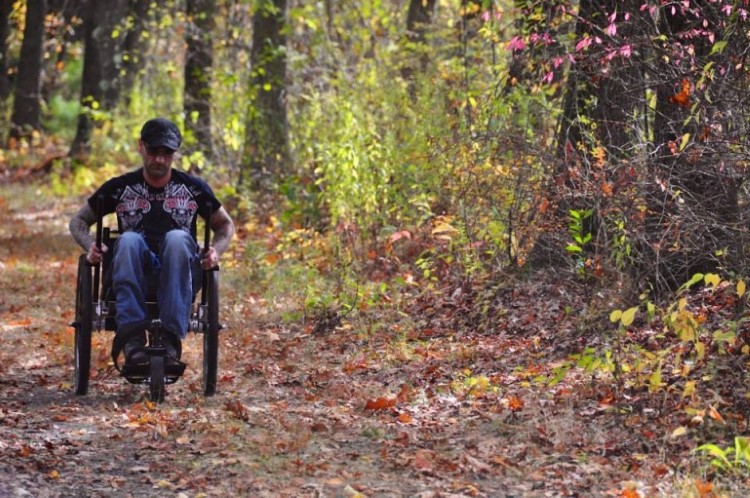 At the moment, GRIT have put the Freedom Chair on Kickstarter with the lowest price being US$2, 195, the regular pricing is US$2, 995. The campaign has been so well received that it has passed the $50,000 goal and the company is now working on development of extra features. If the campaign surpasses $100,000 they will work on including sand/snow tires.

Providing things go to plan, the chair will be delivered during May 2015. While the Freedom Chair may not be the first of its kind, it does come in with a price tag of half the price of competitors on the market, which average somewhere between $7, 695 and $4, 995.