The Hardware and Software Challenges with Creating a Foldable Smartphone

Foldable phones are finally on the market but the software needed to facilitate a great user experience and new hardware poses questions about the long term viability of this tech.

The hype is real. You have probably seen and heard rumors of the impending release of a foldable smart device. Taking years to develop, engineer, and design, the world’s first foldable smartphones have arrived. So, what do you think?

SEE ALSO: 7 PROBLEM WITH FOLDABLE PHONES THAT CAN NOT BE IGNORED

You probably didn’t make it too far down your social media timeline without coming across  Samsung's new Galaxy Fold device or the sleek new Huawei Mate X. First, of their kind, these phones have garnered the attention of people around the world. Yet, the response to these devices has been mixed.

People freaking out about a $2000 phone? Bruh, your fully loaded iPhone XS Max is almost at that price ??? This is Gen 1. It’s never cheap to be an early adopter. You decide if it’s worth it for you. #SamsungFold

Novelty or potentially useful innovation? These highly priced “luxury” devices have a host of features that center around each phone’s folding capabilities with the promise to usher in a new era for the smartphone.

Whether you agree with this or not, you do have to admit that the engineering behind these phones are impressive, and based on some of the development insights for these phones, no easy feat. You might not like the phones but you should appreciate the technology and challenges these companies worked through to create these phones.

So, hold onto your phone and take a peek inside at the software and hardware challenges of creating these devices and any potential challenges that may occur in the near future for users. Who knows, maybe you gain a new appreciation for these devices.

A Continuous Experience Throughout

Perhaps a little overlooked, creating a device that can seamlessly transition from a folded experience to and unfolded experience is no easy accomplishment. The UX for these devices needs to be intuitive without breaking immersion, a big challenge for developers. 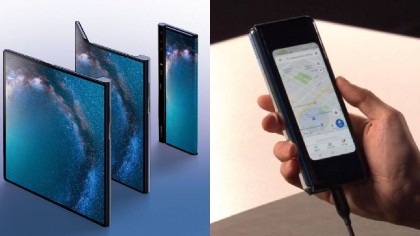 5 Things to Know About the Foldable Phones on the Market

You may be playing your favorite game on your foldable device, but then decide that you want to unfold the device for a little more screen real -estate. It will be imperative for app developers to ensure that the user experience does not change from one screen to the other, ensuring the app properly supports the runtime configuration change.

At least from the demonstrations of both the Mate X and Samsung Galaxy Fold, both phones seem to operate smoothly when transitioning from the folded state. Yet, it is good to mention that the display ratios of 21:9 and 4.2:3 (Galaxy Fold) are not commonplace in the industry at all. Creating apps for these aspect ratios will also prove to be a challenge.

Android allows several apps to share the screen at once, splitting the screen three different ways, and pausing the screen to ensure that the device does not overload while running multiple apps.

Developers having the ability to configure apps for multi-window mode allows them to choose how an app’s activities support multi-window mode, including selecting attributes to control both size and layout.

It will be interesting to see how developers adapt apps to these screens and how well these new foldable phones are able to handle multiple apps at once. Even more so this ties back into the continuity of each device’s immersive experience. developers will need to design controls to provide a continuous experience.

In short, devs need to be thinking about two things when creating apps for the devices, screen continuity, and multi-window mode, as these will strongly dictate how successful these devices will be in the long term.

Now one of the biggest challenges with creating a device that folds is finding or creating a high-quality screen that bends to one’s wishes. Flexible displays have been around for a while on the research sides of electronics. Companies like Xerox PARC and HP have put in countless hours developing this new technology.

However, the emergence of flexible OLED displays is what allowed the Mate X and Galaxy Fold to be possible. On each of the devices, a phone starts off with the standard screen size and then unfold to the size of what you may call a mini tablet.

The OLED in these devices are large and vibrant and could rival any other top tier device on the market. However now that companies know a foldable device is possible, they have to rethink its uses. Foldable phones may not be the future, yet foldable OLED displays are the future.

It’s a little difficult to make out but there’s a visible crease where the hinge is on the Galaxy Fold #Unpacked2019 pic.twitter.com/QG2OyCRHjx

Time will tell but insiders have already pointed to the “inevitable crease” that appears on the devices.

Even more so, OLED screen has a host of benefits compared to traditional screens like larger fields of view, better contrasts, and better brightness but these screens also are very sensitive to water and have shorter lifespans.

To combat these challenges, Samsung’s Infinity Flex Display uses a polymer that is said to make the screen both “flexible and tough,” meaning it can keep its strength even when folded and unfolded “hundreds of thousands of times.”