An optical illusion, or a visual deception, can take place due to the arrangement of images, the effect of colors, the impact of the light source, as well as many other variables. However, not everyone experiences optical illusions in the same way.

Visual deceptions can be captivating and eye catching but they can also provide us a great deal of information about how the brain and perceptual system function. Though there are countless optical illusions out there, this one is driving the internet crazy.

If you are feeling bored and ready to test your patience, get ready to solve the mystery behind the photo that is going viral on Reddit. People are going nuts over this photo of girls hanging out on a couch.

The post, by the Reddit user JR0D7771, includes the image of girls and a seemingly simple question to the netizens: "Find the middle girl's legs (placed third from the left)." With more than 400 comments from people who are trying to solve the puzzle, this post is gaining the traction it deserves.

As you can see in the photo, there are six people seated cross-legged on a comfy couch with radiating smiles on their faces, enjoying beverages. However, when counted there happens to be only five visible pairs of legs extending from the couch. No matter in whichever direction you turn the photo.

Behind the six girls and ten visible legs, lies a conspiracy.After looking at the photo, various questions haunt your brain. Are her jeans the same color with the couch? Or is this another trick on the mind?

Maybe she's a couch-centaur?" one user suggested on Reddit..

Amidst the incorrect statements and unpleasant jokes, a lot of answers arose. The ones where few Reddit users outlined six girls in different colors, indicating which legs belong to whom, was the most helpful.

From the photo below, try finding the legs. 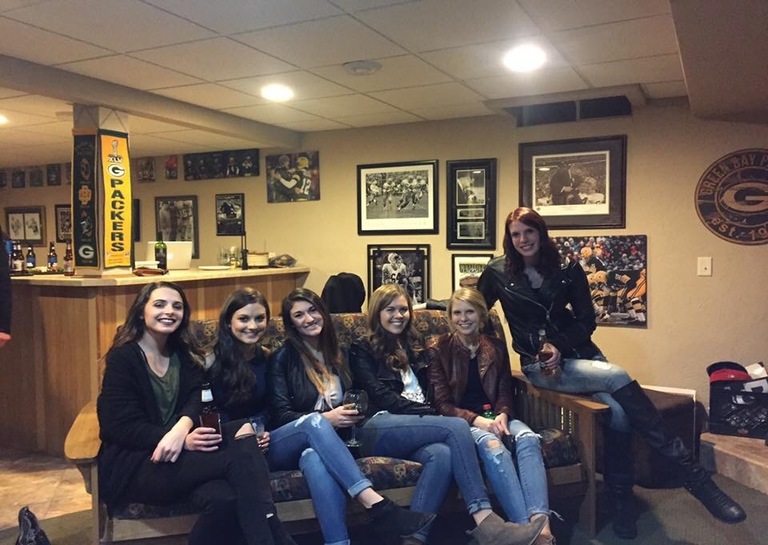 Did you spot them?

There are multiple solutions presented in Reddit's thread, and various other websites. However, the Insider solution seems the most rational and logical.

Here’s the solution for the enthusiastic readers:

As the girl in the middle is leaning to her left, the legs towards her right actually belong to her. The leftmost girl is wearing black jeans and so is the second girl from the left. However, her legs were hidden behind the girl on the very left end of the couch.

Sounds confusing, right? Take a closer look at the outlined image below. 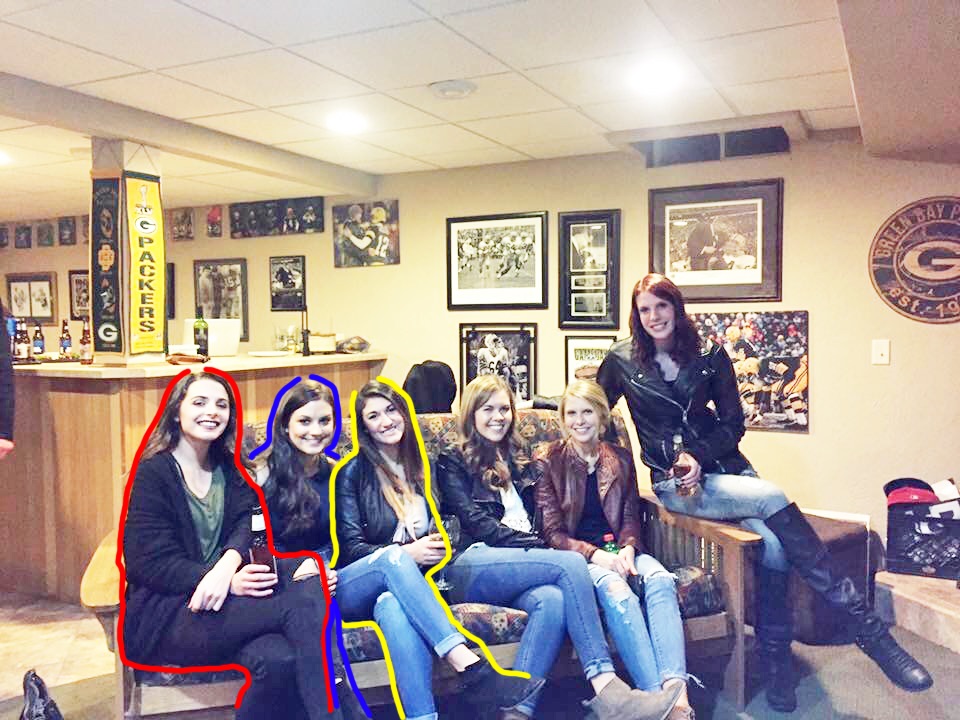 Let’s name the girls according to the colors they are outlined with (blue, red and yellow). As you can observe, the girl in yellow is leaning her body towards her left. This makes her legs appear to belong the girl in blue.

A closer look reveals that both red and blue outlined girls are wearing black jeans. If you follow the shoe outlined with blue, you notice the slightly visible leg of the second girl. While her other leg is totally blocked with the legs outlined with red.

Moreover, some people suggest that the ripped knee belongs to the first girl's right leg, which would make her leg impossibly long. However, the brightened image indicates the exact spot where the red outlined knee bends. 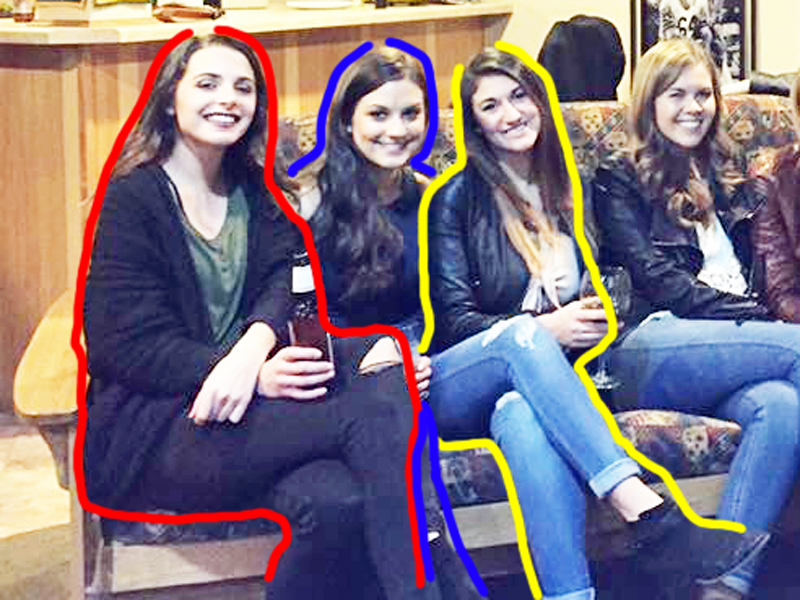 Still curious? Dive deep into the Reddit thread where people posted various versions of answers under the photo, as well as a plenty of jokes. Or maybe walk away to prevent yourself from losing your mind? It’s totally up to you. Whatever you choose to follow, stay tuned for the next optical illusion.