Anyone with a nervous disposition might want to avoid the latest attraction at the John Hancock Observatory aka 360 Chicago. The Tilt requires people to stand up against any of the eight panels of glass which then tilt out and downwards at an angle, giving you an excellent view of the city and down to the sidewalk which is situated around 1,000 feet below. The Tilt will certainly have even the strongest willed people on edge as it offers the impression that the whole front of the building is falling down and taking you with it. 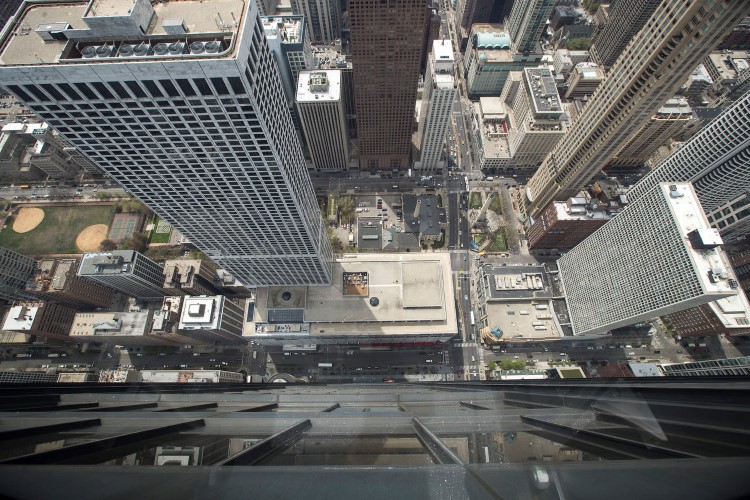 The engineering team behind the attraction is Thornton Tamasetti and those who dare to have to hold onto large metal bars while they are looking down through the full glass window pane, which has your stomach churning. When you have reached an angle of 20 degrees from the vertical your body and mind tells you that you should be free falling down to certain death. At this point you will probably be gripping those steel bars until your knuckles turn white, not that there is any chance of you falling. 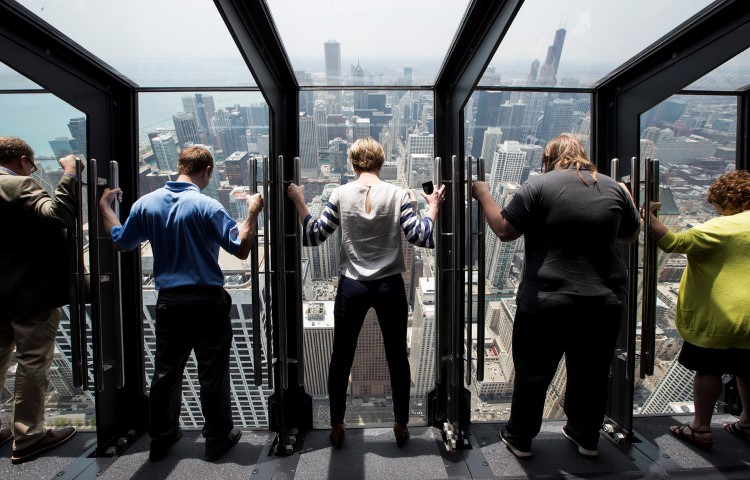 The full extension of the Tilt is 30 degrees and if you should decide to let go of those steel bars, if your hands could be prised off them, you would know what a bug feels like when it is squashed up against a car windscreen. The attraction then pauses at this 30 degree angle, this gives you some time to acclimatise and take in the sprawling city below, that’s if you dare to open your eyes. You will be suspended 1,000 vertical feet up and the view is stunning to say the least.

360 Chicago is the new name for the John Hancock Observatory and the Tilt ensures that you see Chicago as you have never seen it before and perhaps will never see it again, unless you are very brave. You do have to put your life in the hands of technology and the machine that runs the attraction. However you will be pleased to know that the whole thing is very sturdily made of steel that comes in at 14,061 kilograms, with power being courtesy of a hydraulic motor along with three hydraulic actuators, pistons in other words. You can see the heavy beams along with all the big nuts and bolts that hold it all together, all of which help towards keeping you safe. So what could possibly go wrong? 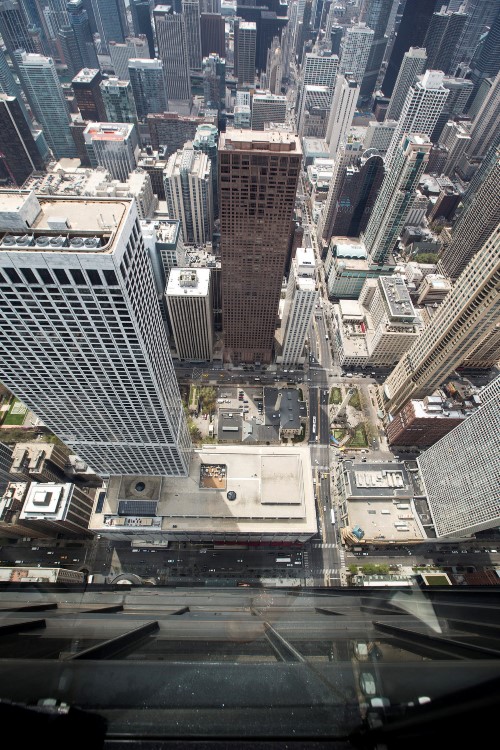 So if you think you can stomach a thrill of a lifetime that lasts for around 5 minutes and which offers a view of Chicago that you cannot find anywhere else, head to 360 Chicago and let Tilt have you edge.