MUFG has announced it will open its own cryptocurrency exchange, including a pegged coin. It will also offer segregated accounts for is customers with bitcoin holdings.

Japan’s banks are stepping in to offer cryptocurrency related services in order to preserve their market share as customers heavily invest in the new financial sector. Japan’s largest bank, MUFG, is planning on investing a lot of resources into cryptocurrency to keep up with its clients' interests. 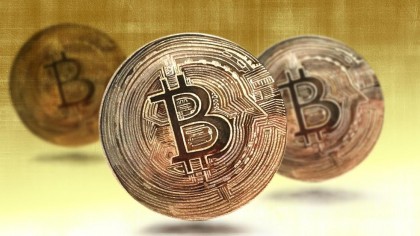 Bitcoin Value Drops Below $10,000 for the Second Day Amidst Massive Sell-Offs

MUFG, the world’s fourth-largest bank, has announced they will open their own exchange before the end of 2018. In addition to the exchange, the bank is reportedly working on developing its own cryptocurrency to be traded on the exchange. The theory is that by controlling the exchange point, the bank could mitigate the massive rises and falls other cryptocurrencies must endure. Providing a more stable coin would allow it to be used for everyday shopping and settlement. Rumours indicate the bank would like to be able to peg the currency at around JP¥1. Fixing a cryptocurrency at the nation's regular currency will need to be handled carefully to ensure it fulfills all possible financial regulations.

The segregated accounts option will be initially available for MUFG customers with bitcoin holdings sometime after April 2018. The MUFG segregated accounts will be the world's first trust arrangement for cryptocurrencies. The bank has applied for patent protection on the system. CEO Noriyuki Hirosue of Tokyo-based exchange Bitbank says that there will be fees attached to the service but “customers will feel the peace of mind knowing that a trust bank is managing their assets.”

Japan currently accounts for about 40% of global bitcoin trading. The country's embrace of cryptocurrencies comes in direct opposition to its close neighbor South Korea who is readying itself to ban all trading platforms within the country. Cryptocurrency prices have fallen dramatically this week as traders waiting to hear the South Korean government's decision on the future of cryptocurrency trading. The pending decision frightened traders to sell off currency causing bitcoin to lose almost a quarter of its value in a week. The largest cryptocurrency fell from almost $20,000 to less than $12,000 at time of print. Korea is currently the third-biggest market in the world for Bitcoin trades, behind Japan and the US. The shutting down of the country's exchanges will have a huge impact on the immediate future of cryptocurrency. While it isn’t exactly clear why South Koreans have become so passionate about cryptocurrency, some experts believe the country's tech-savvy citizens find the often confusing concept interesting and easy to navigate. Analytics firm WiseApp estimates that the number of cryptocurrency related app users in South Korea increased 14-fold in the past three months to include approximately two million users.