After new defense budget law stipulations, the Air Force must send one Nighthawk to be de-milled this year. The stealth combat jet contributed to many successful missions during Operation Desert Storm.

In 2008 the world’s first operational stealth combat jet was officially retired, though the plane was still operational in the United States, the Lockheed F-117 Nighthawk is now on its way to the boneyard. Though, it’s likely these stunning flat paneled jets will live out their existence as “Gate Guardians” mounted in front of bases and museums across the United States. 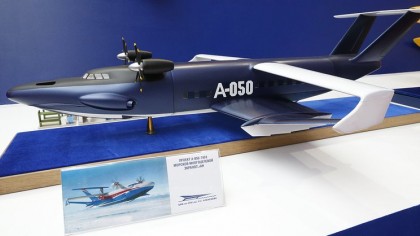 Once thought to be the most advanced jet on the planet, the single-seat, twin engine F-117A was developed in the eighties in a bid to make jets undetectable by radar, from this research, came the field of “stealth,” and the Nighthawk was born.

A collaboration between Lockheed’s Skunk Works and the US Air Force began the process of development, and they designed, manufactured and operated 59 Nighthawks clandestinely. Its first undercover flight took place in 1981, and eventually, the aircraft reached operating capability status in 1983. The public had no knowledge of its existence until 1988, by then 64 Nighthawks had been built.

On December 19th, 1989, eight Nighthawks participated in Operation Just Cause, also known as the military invasion of Panama.

But it wasn’t until 1991 that this high-altitude “Stealth Fighter” rose to prominence in the Persian Gulf War. It flew 1,300 sorties and hit 1,600 high-value targets in Iraq, tallying 6,905 hours. The jets also accounted for 40 per cent of all targets eliminated during Operation Desert Storm.

In 1976 DARPA (Defense Advanced Research Projects Agency) offered a contract to Lockheed’s Skunk Works to build and test two Stealth Strike Fighters all under the code name “Have Blue.”

The team behind the project was Skunk Work’s Ben Rich, with Alan Brown. Rich brought on Lockheed mathematician Bill Schroeder and Denys Overholser, a computer scientist who helped create “Echo 1,” a computer program that made it possible to build an airplane with flat panels or facets. They were placed in a way that would scatter radar energy in a way that would “paint” the aircraft.

It was Schroeder, Overholser’s mentor and retired former mathematician at Lockheed who introduced the team to soviet physicist Pyotr Ufimtsev’s 1964 work, titled Method of Edge Waves in the Physical Theory of Diffraction which showed how to predict the directions a geometric configuration would scatter electromagnetic radiation. It greatly contributed to the design principles of the F-117.

The first test of a ten-foot model resulted in an aircraft with the radar signature of an insect. The formerly white-world program suddenly became as classified as the Manhattan Project. The rest, as they say, is history.

United States Congress ordered the retirement of 52 aircraft from 2007 -2008 after the introduction of F-22A Raptors. The planes were put into “flyable storage,” meaning they could be reassembled and brought back to flying shape if needed. Since then, the jets were spotted occasionally stretching their wings above Nevada as late as 2016.

Now after new defense budget law stipulations, the Air Force must send one Nighthawk this year to be de-milled or demilitarized, meaning any weapon or classified systems be stripped out. After this year, four Nighthawks will be de-milled every year until they are nothing but a memory. The process will take up to fifteen years.

Via: DefenseTech, US Department of Defense