The Living in Digital Times news conference at CES gives us a preview of the digital health and fitness trends for 2019.

At the Living in Digital Times press conference at CES 2019, we saw a preview of the trends in lifestyle tech that we will see in 2019, everything from digital health products to children's technology in the form of toys and educational outcomes.

The lifestyle field has grown considerably as people have gotten more comfortable with technology in their lives, everything from living their lives through smartphone apps to wearables that monitor steps taken and heart rate.

This growth is set to accelerate in 2019 as technology begins to reach into areas of our life that have so far escaped technological solutions, as exemplified by the featured speakers at the news conference.

The first thing that was discussed was the improvement in digital health technology over last year. Alzheimer's disease, in particular, was given special attention, which isn't surprising as the costs associated with the disease are expected to soar over the next decade, reaching 1 trillion dollars by 2030.

The focus for several start-ups is on the caregiver, those who will need to monitor and attend to the needs Alzheimer's patients. The development of VR systems that simulate the experiences of Alzheimer's sufferers is of particular interest, as its part of a larger trend we've seen for a few years now.

The CEO of MobileHelp, Rob Flippo, discussed LifePod, a virtual caregiver that proactively interacts with a user to provide everything from simulated socialization for the infirm to monitoring for a potential health crisis detectable in the voice of the user, a development that Eric White, the CEO of Miku, a so-called BabyTech company, has developed to monitor infants in their cribs. Both promise to alert users to potentially dangerous conditions before the users themselves could even possibly be aware of them.

Technology harnessing the advances in voice recognition is a significant trend for 2019. Including MobileHelp and Miku, several companies are joining together voice recognition and artificial intelligence to provide companionship for the elderly and the young alike, stimulating their brains to either develop their mental capabilities or to arrest their decline. 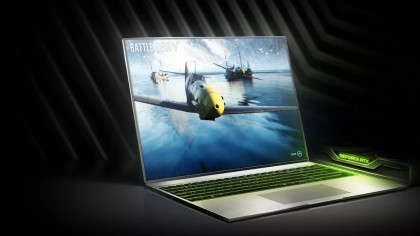 Voice technologies paired with AI are also going to be introduced as medical and therapeutic assistants for doctors and mental health professionals. Advances in psychology have allowed companies to develop voice recognition techniques that can identify voice biomarkers that indicate specific conditions like depression, so expect these to begin rolling out this year in both your doctor's office and in various app marketplaces.

After a few years of declining interest, wearables are about to break out onto the scene again in a big way. Industry professionals already expect shipments of wearable technology to double this year, with as many as 245 million wearable devices expected to be sold in 2019.

Fitness technology is also expected to make major advances with products like Sense Arena, which can allow a user to simulate hockey drills to improve their game. Fitbit is launching a major wearable monitor this year that goes beyond the usual step tracker and heart rate monitor that most people are used to. It's generated a lot of excitement so far, so once we get to see the product ourselves here at CES, expect to hear a lot more about it in the next couple of weeks.