The Man Who Demystified The Universe: Edwin Hubble

Edwin Hubble was a truly remarkable scientist. His discoveries would completely change the way we see and understand the universe around us.

Edwin Hubble is one of the world's most important and influential scientists of all time. He would revolutionize the field of astrophysics, fight in two world wars and, unbelievably, would never win the Nobel Prize.

But that's not to say he wasn't honored in his lifetime or posthumously. Chief amongst them is the illustrious and venerable Hubble Space Telescope whose images of deep space have captured the imaginations of young and old alike for almost 30 years.

In the following article, we'll take a quick look at the life of scientific legend and his equally famous namesake The Hubble Space Telescope.

Who was Edwin Hubble?

Edwin Hubble was a highly influential American astronomer who played a crucial role in the development of extragalactic astronomy and observational cosmology. Edwin is widely considered, for good reason, one of the most important astronomers of all time.

After spending his youth as a gifted athlete he would study mathematics, astronomy, and philosophy at the University of Chicago between 1907 and 1910. After earning his BSc degree he spent the next three years as one of the first Rhodes Scholars at Oxford University, where he studied jurisprudence before switching his major to Spanish and receiving an MA degree.

Once he returned to the United States, Hubble taught Spanish, Physics, and Mathematics at a high school in New Albany, Indiana, half-heartedly practiced law and returned to Chicago University to study astronomy once again.

After receiving his Ph.D. in 1917 he joined the staff of George Ellery Hale (who founded the Mount Wilson Observatory in California. When the U.S. joined the First World War, Hubble signed up in the infantry, served in France (but probably didn't see any frontline action) and quickly rose to the rank of Major.

He once again returned to the U.S. in 1919 at Mount Wilson where he remained until his death. It was here that he would make the vast majority of his significant astronomical discoveries.

Edwin Hubble's greatest work was made in 1925 when he became the first scientist to demonstrate the existence of galaxies outside of our very own Milky Way. This discovery would, in a single step, profoundly change the way we looked at and understand the universe at large.

Prior to his discovery, other large blobs in the sky were thought to be massive collections of dust and gas generally classified as nebulae (from nebula meaning cloud or mist and was first coined in the 1700's).

Hubble would go on to make detailed observations of these new galaxies and devised a classification system for them. This is still in use today - The Hubble Sequence.

But Hubble didn't stop there. In 1929 he definitively demonstrated that the universe was also expanding. He did this using the, then, recently discovered concept of the redshift of galaxies.

This is considered by many physicists as one of the most important cosmological discoveries of all time.

Building on this discovery, Hubble also formulated that other galaxies are moving away from the Milky Way at a speed proportional to their distance from it. This is now commonly known as Hubble's Law (or "redshift-distance law of galaxies") and is a fundamental component of astrophysics today.

This insight was consistent with earlier solutions made by Einstein's equations of relativity or a homogeneous, isotropic expanding space. By doing so it provided the first actual data for the expanding universe theory first proposed by Alexander Friedmann in and 1922 and Georges Lemaître in 1927, and for the Big Bang explanation of the birth of the universe.

Hubble followed the call to arms during the Second World War between 1942 and 1946. He served in the U.S. Army as Head of Ballistics at the Aberdeen Proving Ground and received the Legion of Merit decoration for his service.

Hubble suffered from a heart attack in 1948. He would never really recover from this which handicapped his ability to spend long nights in observatories during cold nights.

Edwin Hubble would die of cerebral thrombosis on the 28th September 1953 in San Marino, California. He was 63 years old.

Curiously no funeral was held and his wife, Grace, never revealed the location of his body. This led, inevitably, too many wild stories about what happened to Hubble's remains.

Hubble received various awards and medals throughout his esteemed scientific career including:

Today he is so highly thought of that he is often ranked beside scientific giants like Galileo, Kepler, and Newton as one of the most influential astronomers ever. Although he was never awarded the Nobel Prize he honored in many ways posthumously.

In 2008 the United States Postal Service released a 41-cent postage stamp in honor of Edwin Hubble alongside other American scientists. Edwin also has a planetarium, highway and public school named after him in the United States.

An asteroid and one the Moon's many craters are named in his honor and, of course, the Hubble Space Telescope which was launched in 1990.This telescope continues to amaze scientists and the general public at large with its incredible photographs of deep space.

A truly fitting honor for this great man.

Did Edwin Hubble ever win the Nobel Prize?

Unbelievably all of his successes as a scientist he never won a Nobel Prize. This was not because of a conspiracy against him but rather a simple matter of bureaucracy.

At the time of Hubble's career, the Nobel committee did not recognize astronomy, nor did it consider it sub-discipline of physics. Hubble would spend much of his later life attempting to persuade many of his peers that astronomy was an area of physics and not a separate field.

His motivation was not just for himself but also other astronomers so that they could be considered by the Nobel Committee of at least being considered for future prizes. Especially for their valuable contributions to astrophysics.

Unfortunately, his campaign would be met with defeat during his lifetime. Shortly after his death, an in part because of it, the Nobel Committee finally relented and decided astronomical work should indeed be considered eligible for the physics prize.

Sadly, Nobel prizes have, for a long time, not been awarded posthumously.

The Hubble Space Telescope was launched into low Earth orbit in 1990. It is one of the largest and most impressive pieces of scientific equipment ever created.

The telescope has been providing vital research, not to mention PR, for astronomy since its inauguration almost 30 years ago. HST is actually part of a wider programme by NASA called the Great Observatories that also includes the Compton Gamma Ray Observatory, the Chandra X-ray Observatory, and the Spitzer Space Telescope.

Hubble comes complete with a massive 2.4-meter mirror and a suit of specialist equipment that lets it detect near ultraviolet, visible, near-infrared spectra of light. Because it is located outside of the Earth's atmosphere it is able to produce extremely high-resolution images with little or no background light interference.

Hubble measures 13.2 meters long by 4.2 meters wide and had a launch weight of 11,110 kgs when delivered by the Space Shuttle Discovery. It has an estimated end of mission date of somewhere between 2030 and 2040.

It was built by NASA with contributions from the European Space Agency. Hubble targets are determined by the Telescope Science Institute whilst actually day to day running of it is the responsibility of the Goddard Space Flight Center.

The space telescope has led, unsurprisingly, to some breakthroughs in astrophysics. Most fittingly, given its namesake, has been the accurate determination of the rate of expansion of the universe. Edwin Hubble would be proud.

Hubble is also the only telescope specifically designed to be serviced by Astronauts. Since its launch in 1990, the telescope has undergone no less than five Space Shuttle repair, upgrade and serving missions with the last one completed in 2009.

Hubble, whilst likely to serve for a few more decades to come is scheduled to be superseded by its successor the James Webb Space Telescope. This is due for launch in March of 2021.

It's not been all plane sailing for the Hubble Telescope

Despite the great scientific breakthroughs and interest from the general public, the Hubble Space Telescope project has been far from trouble-free. The project was originally funded in the 1970's with a proposed launch of 1983.

It was plagued with technical problems throughout its development, budget restrictions and the tragic Challenger disaster in 1986.

Most famously amongst them, of course, was the discovery soon after deployment that its original mirror had been incorrectly ground. This severely compromised the performance of the apparatus and the issue wasn't resolved until a serving mission in 1993. 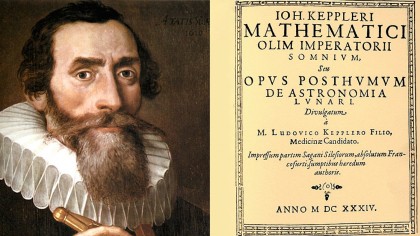 Other technical issues occurred in 2004 when the power system to the Space Telescope Imaging Spectrograph (STIS) failed. This issue was corrected in 2009 mission that also replaced six gyros to the telescope.

Recently one of Hubble's critical gyroscopes (vital for keeping the telescope orientated) malfunctioned putting it into "safe mode". This threatened to prematurely end the highly successful telescopes illustrious career.

The issue was resolved a few weeks later after a bit of "jiggling around". This appears to have freed up the gyroscope to allow the telescope to return to being fully functional.

In a press statement NASA explained their "quick fix":-

"On Oct. 18 [2018], the Hubble operations team commanded a series of spacecraft maneuvers, or turns, in opposite directions to attempt to clear any blockage that may have caused the float to be off-center and produce the exceedingly high rates. During each maneuver, the gyro was switched from high mode to low mode to dislodge any blockage that may have accumulated around the float."

The Hubble telescope, despite its teething problems and slight issues over the years, is set to provide us with many more stunning images of the universe around us for many years to come. Just what other breakthroughs it will make in the future is anyone's guess but it's going to be exciting to watch.

Via: physics of the universe

Jagadish Chandra Bose: The Man Who Almost Invented the Radio