There are no humans living on the Moon yet but there is a substantial amount of garbage accumulated on the lunar surface. This has largely been left behind over the 12 trips humans have made to the Moon.

Garbage has been gathering on the lunar surface, reaching more than 400,000 pounds (181436 kg) in volume, accumulated during manned and unmanned visits. Items littering the Moon range from spacecraft to insulating blankets to used wet wipes.

Scientists have figured out bringing the astronauts back would be cheaper and easier if some of the equipment was left behind. Garbage accumulated over unmanned missions has added on this, resulting in almost something we could call a lunar junkyard. A routine way of ending unmanned missions is also crashing probes, which has left more than 70 vehicles scattered all over the Moon.

But it is not just the surface of the moon, scientists point out there also is trash parked on the surfaces of Venus and Mars. In addition, there is a substantial amount of space trash orbiting the earth, with some also floating in space.

Man’s journey into space began in 1957 with the then-Soviet Union launching Sputnik, the first artificial satellite. Since then, numerous satellites have been launched into the Earth’s orbit and space activity has inevitably led to garbage accumulation. It is estimated more than 4,600 satellites now orbit Earth, along with over 14,000 old rocket parts and pieces of space junk.

Hundreds of millions of pieces of space trash are estimated to be floating close to the Earth in the solar system. According to scientists, space junk such as out-of-control space stations, used rocket parts, dead satellites, lost astronaut tools make up about 95 percent of the material orbiting the Earth.

The debris can stay up there for hundreds of years, according to Bill Ailor, an aerospace engineer, and atmospheric reentry specialist, and the objects in higher orbits can remain floating for thousands of years.

US has almost 4,000 trackable space trash

According to data from Space-Track., the US is responsible for the most of the garbage, with Russia and China following. Although Russia has the highest number of objects in space, reaching more than 6,500, it is not the biggest contributor to space junk.

The US has the higher number of trackable space trash in orbit, with 3,999. Russia follows with a close 3,961 pieces. China is number three with 3,475 hunks of space junk. This is because in 2007 the country destroyed one of its own satellites in an anti-satellite weapons test, instantly creating more than 2,300 trackable pieces of junk.

The biggest issue with space junk is the speed with which they travel, reaching more than 36,000 km per hour. Due to the high velocity, even small pieces between 1 and 10 centimeters can penetrate and damage most spacecraft. 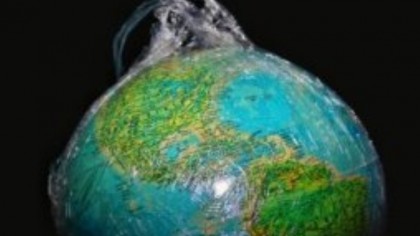 It is estimated that a ten-centimeter-long piece of space junk can cause as much damage as twenty-five sticks of dynamite. NASA, together with the US Department of Defense, has been working on a space surveillance network to lead a fight against these issues.

To avoid collisions with working satellites, ground stations have been tracking larger pieces of space trash. There are also plans to stage a co-operative effort among different governments so that littering of space can be stopped and efforts to clean up the trash already there can be started. Many space agencies and corporations now also build spacecraft with systems to de-orbit them.