The Most Anticipated Tech Innovations of CES 2019

With CES 2019 right around the corner, here are some of the most exciting products to look out for the future.

Every year, tech companies converge at CES to showcase the newest developments in tech from automotive advances to smartphones, TVs, and computer hardware in hopes of sparking interest, recruiting investors, or even just to show off.

With CES 2019 only two weeks away, everyone is getting ready to be blown away by what tech companies will be working towards in the coming years and we’re previewing what we expect will be the most exciting tech to come out of Las Vegas.

TVs and video displays always make a huge showing at CES every year, which makes perfect sense. TVs are easily the most popular consumer electronic device ever produced and they get better year after year.

Now that we are fully in the HD display era, the drive toward sharper picture is as intense as it's ever been.

While everyone is working their way around for upgrading their sets to 4k displays, everyone expects cutting edge 8k displays to make an appearance at this year's CES.

LG, Samsung, and other major consumer tech giants will likely have models on the floor, so you can expect a lot of buzz about 8k to come out of Vegas next month.

Speaking of buzz, there are also rumors going around that Samsung will be showing off transparent TV displays, making the kind of visual tech popularized by sci-fi films over the last couple of decades become more of a reality.

Now that smartphones and tablets have become ubiquitous, major handset makers like Samsung and Huawei are expected to generate a lot of excitement at this year’s CES. 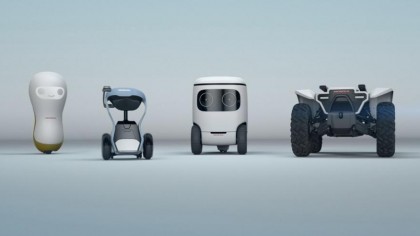 Samsung is expected to put their Galaxy X tablets on display this year, which will show off a foldable display. This could also prompt Huawei, the Chinese handset maker, to present their new foldable handset.

Apple isn’t expected to have a presence at CES, which is normal for the Cupertino company which prefers to have their own event to exhibit their tech.

That leaves the floor open for other companies to get some of the spotlight and many of them will probably be pushing 5G technology, specifically Sony’s flagship handset, the Xperia.

Computer hardware always has a huge impact at CES, with chipmakers Intel and AMD, as well as graphics processors card manufacturers like Nvidia and ATI, display their new lines of chipsets.

This year, AMD is going to showcase their 3rd-Generation Ryzen processors and Intel is expected to announce their first dedicated graphics cards, hoping to snag some market share from Nvidia and AMD.

While Intel’s integrated graphics chipset is fine for playing Netflix or old PlayStation games on an emulator, any PC gamer will tell you that a dedicated graphics card is essential for any serious gaming.

It will be interesting to see what Intel demonstrate because they’re going to have to go up against the two powerhouse GPUs, the Nvidia GeForce, and the AMD Radeon, both of which are expected to display their new line of cards for 2019.

Speaking of Nvidia, they will be presenting their work on automotive technology at CES, as will major automakers Ford, Hyundai, and Nissan.

Connected car technology is expected to dominate this year and customers can expect the next few years to feature cars that have integrated smart technology like map navigation, more sophisticated driver-assistance, and entertainment.

We can also expect to see a lot about self-driving technology and hopefully, it will be an improvement over last years' exhibitions, where rain during the conference highlighted some of the potential pitfalls of the technology. That said, Las Vegas is in the middle of a desert, so hopefully they won’t have a repeat this year.

Last year, we saw some impressive drone technology, like this drone for taking selfies (no more silly selfie sticks!), but this year has some very exciting breakthrough tech to show off.

First, this year drones are expected to have new in-flight recharging capabilities. Any time you can expand the useful battery life of any technology, you can expand its possible use cases, and in conjunction with improved range, an extended battery can improve the capacity of drones to assist in disaster relief and monitoring.

Even more exciting though is the CES Innovation Awards Honoree Fluidity FT's Drone Controller. This controller allows for single-handed flight control in a first of its kind development. Needless to say, drone enthusiasts are eager to get their hand on one of these.

VR Tech has been a highlight of the CES conference for several years now, but as the technology continues to mature, we can start expecting to see the technology reach the point where mass adoption by the public will finally happen.

Another CES Innovation Awards Honoree is helping to speed this along with their new VR headsets. The Verifocal™ from Lemnis Technologies hopes to overcome some major hurdles that keep VR tech from truly taking off.

Their focus on comfort and alleviating eye-strain, as well as advances in image clarity, might make it possible to use VR tech products for longer stretches than most people can currently handle, making adoption of the technology more widespread.

The Rise of Chinese Tech

CES has long featured Japanese and Korean tech giants, but China is now starting to make a major showing at CES.

According to ProExpo, a PR firm engaged with several Chinese companies at CES, as much as 41% of all the companies that will be showcasing at CES 2019 will be Chinese firms, making them the 2nd-largest group of companies by nationality.

This shouldn’t come as a surprise to anyone who has been paying attention to China over the past few years, as the rise of China’s tech companies have been major stories for a few years now, but CES 2019 might just be the breakout conference for these firms who hope to make major influence over the Western consumer electronics markets.