A glimpse at some of the crucial innovations happening in the FinTech sector.

Technology is affecting the topography of workflow and processes in the financial services industry. What was once handled with the assistance of human hands, physical currency and bulky computers has now been completely digitalized. It is an undeniable expanse of financial services globally and that has bred a fertile ground for FinTech startups.

Start ups are reimagining every kind of financial activity including wealth management, banking, payments and more. And these innovations have attracted massive investment too. This financial technology or FinTech revolution has left the traditional financial industry with a poignant question – how to stay relevant in this digital age and avoid being history?

The advantage lies with whoever has the proper technology infrastructure in this digital disruption era. Startups or the new market entrants in this sector can provide services like on-demand access without the hassle that came with the traditional procedure and are thus, in turn, gaining rapid market share.

Large traditional financial corporations with their established hold over the market cannot afford to follow the example, they have to lead this change and update themselves if they want to capitalize on the US$1.3 trillion value up for bet for the financial services.

It is largely evident that we are looking at inevitable digital disruption in financial services. The traditional banking system is yet to see any major technological innovation in lending whereas the FinTech firms have made huge investments in the same area. China moved 96% of its e-commerce sales without the services of a bank. A report by Cisco pegs the peer to peer lending volume in China at approximately $66 billion, for the US that number stands at $16.6 billion, and for the UK it is $5.4 billion. Clearly, the opportunities aren’t fictional, and technology will guide this paradigm change.

Therefore going forward in 2018, innovations in FinTech will determine the future of the finance industry, innovations like

Android Pay is designed to store debit card information and other information as well. With Android digital wallet you can store information for all the payment avenues you use while paying at a store, on an e-commerce store or on an app. This includes information from your Credit card, Debit Card, Loyalty program and also Gift Cards.

This digital wallet functions on Apple devices only which include iPad, Apple Watch, iPhone or Mac devices for simplified transactions.

A very significant feature of Apple Pay digital wallet is that it doesn’t store your purchase history or information. The app doesn’t tie your transactions back to you personally. Should you need it, you can check your most recent transactions through their app though.

It is a type of digital wallet where private keys are stored for cryptocurrencies such as bitcoin. It can be used to receive and pay crypto-currency transactions. Currently, the best crypto-currency wallets operating in the market are:

Available for Windows, Linux, and Mac, Bitcoin Core is the original BTC client. It is a full node client that means on the very first execution it will download the blockchain via connecting to other nodes.

As it downloads data about all bitcoin transactions everywhere it is almost impossible to link you to any particular BTC payment address.

Tor tunneling is prebuilt in bitcoin core and comes pre-configured to run through the Tor anonymizing network. This makes it very difficult for anyone to send or receive BTC to their home IP address, ensuring their privacy. All this requires huge amounts of bandwidth – Core must be connected to the internet every day to stay in sync with the network.

A typical approach for handling cryptocurrency is employed by Electrum. When the program is first run it generates a ‘seed’ of 12 random dictionary words from where it extracts the keys for spending and receiving BTC. This is termed as the 'hierarchical deterministic wallet'. You need to note down your ‘seed’ while setting up your wallet. In case you lose access to your current device you can use this ‘seed’ to restore your cryptocurrency balance on a new system. You can encrypt your wallet file as you set up your wallet, unlike your Bitcoin Core.

Being a 'thin’ client, Electrum is more vulnerable to hacks as it is dependent on third-party servers for information, unlike full node Bitcoin Core.

The biggest feature of Jaxx, a cryptocurrency wallet app launched in 2014, is that it supports multiple cryptocurrencies. These include Litecoin, Bitcoin Cash, Ethereum, Dash.

It has an extremely simplified user interface which enables you to quickly switch between different cryptocurrency wallet balances. It has integrated Shapeshift support that allows for swift exchange of cryptocurrencies, e.g. Litecoin into BTC.

Its vulnerability lies in it being a closed source software thus preventing the community from hunting security bugs in.

Countries Primed to be Fintech Hubs and the Current Fintech hubs

Fintech investments shot up from $3 billion to over $12 billion in the time period between 2013 to 2014, thus, clearly indicating no signs of slowing down globally. Ironically, this also led to fears that FinTech is a bubble which will inevitably burst at any moment. The experts, on the contrary, are of the belief that the scale of digital renovation needed to occur in banks is large enough to sustain this boom that is currently happening. 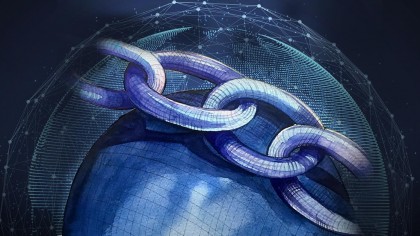 On the other hand, people may have overlooked FinTech’s actual size completely, considering that it involves e-commerce, mobile banking, money transfers and many other facets of business. So, what regions are primed to be hubs for FinTech or are currently hubs for FinTech?

The US leads the FinTech industry being the biggest hub for the sector. The factors that play into this are the highly trained engineers, abundance of resources, tech-centric culture. Thus, American companies have attracted the largest FinTech investment around the world between 2010-2016. American FinTech giants include Stripe, a San Francisco based firm valued at $5 billion, Credit Karma, another Silicon Valley-based FinTech firm valued at $3 billion.

The UK lags behind the US by quite a distance, but is second overall with $5.4 billion investment in the same time frame, thus confirming its position as one of the world’s leading FinTech hubs. Its FinTech bigwigs include TransferWise, DueDil, AstroPay, GoCardless and Digital Shadows.

Meanwhile, the growth for FinTech hasn’t eluded the Asian market. In India, as a larger chunk of population gains access to mobile internet and smartphones, the e-commerce sector has exploded. New FinTech platform development is being commissioned to handle the massive amount of online transactions being done.

China has had a different story altogether. Its recent economic stumble may obstruct the FinTech’s expansion in the east, but the fact that China is still a prime FinTech hub attracting big investments is uncontested. Its FinTech lineup includes giants like Alipay and newer FinTech startups like 91 Financial Information Service, an online banking platform.