The Most Misunderstood Theories in Physics - Explained

The physical laws are our best attempt to elucidate the secrets of the very fabric of the universe around us , which are often misunderstood. We need to understand the underlying science a little more to grasp our place in the world better.

There's no two ways around it. It is our best attempt to elucidate the secrets of the very fabric of the universe around us, and frankly, we've done a pretty okay job. We have teased out theorems, formulas, and laws that have gone a long way towards telling us about our place in the world.

Hopefully, by understanding the underlying science a little better, we'll be able to grasp the incredible scale of these discoveries and maybe, just maybe, be all the better for it.

Perhaps the best-known thought experiment in all of science, Schrödinger’s Cat, is also probably the most misunderstood of all physics principles.

It was proposed in 1935 after a heated exchange with Einstein to help imagine the state Schrödinger also discovered known as quantum superposition—where properties of quantum particles exist in several different states at once.

The setup is a little more complicated than you probably thought though, and goes like this:

Inside a sealed box, a piece of radioactive rock is placed beside a Geiger counter that will register if any radioactivity is emitted.

Since radioactive emission is a spontaneous quantum process, with no cause, the rock is in a superposition of having emitted and not having emitted radiation until there is some kind of measurement.

That Geiger counter is then connected to a hammer that will break a vial of cyanide if it falls. Registering any radiation will cause the hammer to fall, smashing the vial and unleashing the cyanide.

Schrödinger next imagined a cat inside the box: until a measurement happened – such as someone opening the sealed box and making an observation – the cat must logically be in a superposition of alive and dead. 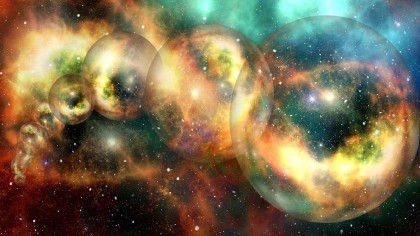 Aside from the complexity, this still sounds like basically what we all learned in our physics classes. But what might surprise you, is that even in the paper where Schrödinger posed this thought experiment, he called the entire idea “ridiculous”.

And Einstein, for his part agreed that the current theory couldn’t possibly describe the real state of affairs.

It was only through an odd set of circumstances outside of Schrödinger’s control, that his thought experiment became the default way we thought about quantum superposition.

So what is the problem with it? Well, primarily it comes down to measurement. For one, it’s never really defined.

Does the flick of a meter’s needle count as a measurement, if no one is looking at the meter? Must a conscious mind be involved for the cat to live or die? What if the cat hears the Geiger counter click; will that “collapse” the superposition?

Of course, the real problem is that in the real world, we know that the cat is in fact either alive or dead, we don’t actually have to measure it.

However, in the quantum world, a particle really can be in two states at once, because each particle is existing as a probability function where each quantum state in their superposition is assigned a certain probability of being exhibited when measured.

Until measurement is performed, however, all possibilities are realized.

Hopefully, that gives you some sense of why the cat in the box is less than adequate in describing one of the most complex nuances in all of physics.

The uncertainty principle is one of the most famous (and again, misunderstood) ideas in physics. It tells us that there is a fuzziness in nature, a fundamental limit to what we can know about the behavior of quantum particles and, therefore, the smallest scales of nature.

This follows very closely with what we talked about with Schrödinger’s cat, because again we are simply talking about calculating the probabilities for where things are and how they will behave.

Among its many counter-intuitive ideas, the quantum theory proposed that energy was not continuous but instead came in discrete packets (quanta) and that light could be described as both a wave and a stream of these quanta.

In fleshing out this radical worldview, Heisenberg discovered a problem in the way that the basic physical properties of a particle in a quantum system could be measured.

In one of his regular letters to a colleague, he presented the inklings of an idea that has since become a fundamental part of the quantum description of the world.

The uncertainty principle is at the heart of many things that we observe but cannot explain using classical (non-quantum) physics.

One way to think about the uncertainty principle is as an extension of how we see and measure things in the everyday world. You can read these words because particles of light, photons, have bounced off the screen or paper and reached your eyes.

Seeing a subatomic particle, such as an electron, is not so simple. You might similarly bounce a photon off it and then hope to detect that photon with an instrument.

But chances are that the photon will impart some momentum to the electron as it hits it and change the path of the particle you are trying to measure.

Or else, given that quantum particles often move so fast, the electron may no longer be in the place it was when the photon originally bounced off it.

Either way, your observation of either position or momentum will be inaccurate and, more important, the act of observation affects the particle being observed.

It is a complex but relatively intuitive idea with some incredible consequences. The conclusions we can draw from Heisenberg’s simple principle tell us why atoms don't implode, how the sun manages to shine and, strangely, that the vacuum of space is not actually empty.

But unfortunately, those are all topics for another day.

Einstein’s Theory of Special Relativity isn’t so much misunderstood as it is oversimplified. That being said, it is also one of the most well known of all complex physics theories.

Before Einstein developed this theory in 1905, most scientist only understood the universe in terms of Newton’s three laws, and ever since then, it has formed the basis of modern physics.

It explains how space and time are linked to objects that are moving at a consistent speed in a straight line. But one of its most famous aspects concerns objects moving at the speed of light.

The best way to understand Special Relativity is through Einstein’s own thought experiments. For the first one, imagine you are riding on a light wave and looking at another light wave moving parallel to you.

Classical physics should say that the light wave you are looking at would have a relative speed of zero, but Einstein knew this contradicted Maxwell's equations that showed light always has the same speed.

Thus, Einstein knew there had to be something different going on, and he started thinking along the lines of “vantage points”.

This led Einstein to break down his final theory into the everyday example of a person standing beside a moving train, comparing observations with a person inside the train.

He imagined the train being at a point in the track equally between two trees. If a bolt of lightning hit both trees at the same time, due to the motion of the train, the person on the train would see the bolt hit one tree before the other tree.

But the person beside the track would see simultaneous strikes.

Thus, Einstein concluded that simultaneity is relative; events that are simultaneous for one observer may not be for another.

This led him to the counterintuitive idea that time flows differently according to the state of motion, and to the conclusion that distance is also relative.

It’s simultaneously a simple and completely counterintuitive argument that tends to dissuade people from learning too much about the nuances, but it is also incredibly influential.

One of the most famous equations in mathematics comes from special relativity.

The equation — E = mc2— means "energy equals mass times the speed of light squared." It shows that energy (E) and mass (m) are interchangeable; they are effectively different forms of the same thing.

This equation also shows that mass increases with speed, which effectively puts a speed limit on how fast things can move in the universe.

As an object moves, its mass also increases. Near the speed of light, the mass is so high that it reaches infinity, and would require infinite energy to move it, thus capping how fast an object can move.

The only reason light moves at the speed it does is because photons, the quantum particles that make up light, have a mass of zero.

Most people with even a basic science background—or who are fans of modern sitcom theme-songs—tend to think that they know exactly what The Big Bang is. And to an extent, they are probably right.

Most people know of The Big Bang Theory as perhaps the best-known proposal for the beginning of the universe, in which the universe expanded from an extremely hot and dense singularity around 13.8 billion years ago.

According to the theory, this expansion happened incredibly quickly and with an explosive energy that is quite literally unfathomable.

But this is where most people’s familiarity with the theory usually ends and where it often begins to be misunderstood.

The matter didn’t simply explode into being from nothing, the Big Bang happened everywhere in the universe simultaneously—it’s not an explosion in space but an explosion of space. (Another way to think of it is the bursting of space into the dimension of time.)

Yet, the exact process of what caused this (and of course, what was there beforehand) remains essentially unknown.

We are inching closer to piecing together the earliest moments of the universe, but its true origin is still a mystery, and any theories or models of ‘creation’ are incredibly speculative at this point.

Scientists are still trying to work out the extreme forces at play during the universe’s first moments.

Ultimately, we’re prevented from knowing what happened in the very earliest moments (like, less than 10^-40 seconds) because we don’t fully comprehend the quantum aspects of gravity.

To fully understand the creation of our universe, we will need to have a comprehensive understanding of the laws of physics that govern matter and antimatter.

This is a bit of a problem though, as the Standard Model of particle physics doesn’t actually account for the majority of the matter that the Big Bang produced.

Of course, even if we turn the model on its head and manage to understand the nature of matter and antimatter’s interactions, we still won’t have a final answer to how the universe came into being.

Although then again, it's very possible that we'll simply never know that. And that's okay-- as long as the underlying science is not misunderstood.