The disappearance of the American pilot Amelia Earhart was one of the greatest unsolved mysteries in the American history.

Amelia Earhart was a woman who empowered many other women to pursue their dreams and aspirations. She even inspired the first lady Eleanor Roosevelt to fly lessons!

But her disappearance on July 2, 1937, was one of history’s greatest tragedies. She was accompanied by her navigator Fred Noonan.

It was also one of the greatest mysteries in Aviation because no one knew what happened to her. Many believed that she crashed into the Pacific Ocean, some believed she crash-landed on a Pacific island, and the list of speculations went on.

The mysterious disappearance of Amelia Earhart even gave birth to many conspiracy theories.

But her distress calls at the time of her disappearance have a different story to tell. Ric Gillespie, who ardently studied the disappearance of Amelia Earhart believes that she crash-landed on a south pacific island which measures 2000 miles away from Hawaii.

The radio signals from her plane continued to transmit for a week, and then it stopped. He believes that if the plane had crash-landed into the Pacific Ocean, the radio wouldn’t be able to transmit the signal for 1 week straight because of water damage.

He further added that the ability for a plane to transmit radio signals indicated that it was on land. "Now the airplane's manufacturer, Lockheed, had said that if you're hearing calls from this airplane it's not floating around in the water because the radios would be wet, it wouldn't work. The airplane is on land and able to run an engine to recharge the battery, so it's on its wheels. She's made a safe landing someplace," he said.

Since she was using a radio frequency for her transmissions, anyone who tunes into the band can hear her distress calls. Many people claim to have heard Amelia’s voice through their radio, and a woman in Canada said she heard a female voice quoting “we have taken in water. … We can't hold on much longer."

The US government spent nearly $4 billion for Amelia’s rescue missions, but none returned a positive outcome. Some years later, bones that believed to be of a female washed on the shores of Kiribati. Gillespie believes that these bones are identical to that of Amelia.

Therefore, from the evidence and conclusions that Gillespie has derived from his research, the final chapters of Amelia’s story began with her and her navigator crash-landing on the Nikumaroro island after she faced problems with her aircraft. 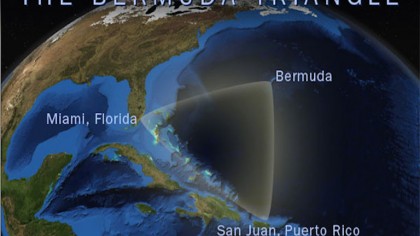 She was able to send distress signals for a week that prompted a navy search for her rescue. The radio signals stopped after a week as the airplane must have been washed away by the ocean.

The rescue team was unable to spot the island or her plane after countless search attempts. “There is an entire final chapter of Earhart’s life that people don’t know about. She spent days - maybe months - heroically struggling to survive as a castaway,” Gillespie said.

Gillespie concluded by adding, "This case is closed."