The Mystery Behind Who Built the Stonehenge Has Been Solved, New Study Suggests

New research into 5000-year-old bones found at Stonehenge shows that they belonged to people from Wales. The burnt remains of 10-25 humans were found at the site have been reanalyzed with new scientific methods.

The results show that the people did not spend their whole lives on the Wessex chalk downland but traveled there from 160 kilometers away.

The new research doesn’t prove that the remains are of the people who actually built the monument but the earliest cremation dates are incredibly close to the dates scientists believe the giant bluestones were first formed into circles on the site. 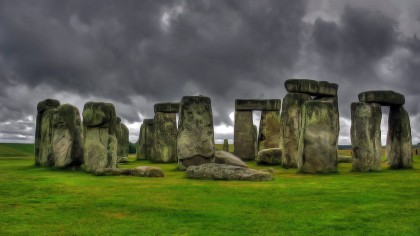 The research was led by researchers from the University of Oxford with assistance from scientists in Paris and Brussels. Most previous research into Stonehenge has focussed on how the impressive structures were made rather than who made them. Researchers from all over the world have dedicated time to figure out how the post and lintel circle of the gigantic sarsen stones were made.

Investigations into the human remains found at the site have previously been hampered by the difficulty in extracting workable evidence from the charred bones. The new research was made possible by advancements in the technique for extracting strontium isotopes.

This process can assist researchers to understand where a person spent the last years of their life. Remarkably in the Stonehenge case, this information was extracted from charred bones, a process previously impossible.

The scientists took a novel approach to test their theories about charred bone, going as far as to build a pyre on top of which they burnt several pieces pig flesh and bone. The pig pyre proved their theory that although burning does often destroy matter like tooth enamel that's usually used in isotope test, they also proved that the intense heat from the pyre - around 1000C - could also crystallize the bone, sealing in the isotopes.

“As a chemical engineer in love with archaeology, this looked like the perfect challenge,” Christophe Snoeck, who led the team while studying for his doctorate at Oxford told the Guardian.

“Cremation indeed destroys all organic matter including DNA, but the inorganic matter survives. Clearly when it comes to light chemical elements such as carbon and oxygen-these are heavily altered, but for heavier elements such as strontium – about seven times heavier than carbon – no alteration was observed."

"On the contrary, thanks to the high temperatures reached, the structure of the bone is modified, making the bone resistant to post-mortem exchanges with the burial soil."

It has been known for some time that Stonehenge acted as a burial site, but little was known about who was buried there.

The earliest bones discovered on the site date to about 3000 BC while other bones date forward for the next 500 years.

“The earliest dates are tantalizingly close to the date we believe the bluestones arrived, and though we cannot prove they are the bones of the people who brought them, there must at least be a relationship.

The range of dates raises the possibility that for centuries people could have been brought to Stonehenge for burial with the stones," John Pouncett, a lead author of the study, explained.

Much mystery remains about how and why Stonehenge exists and who were the people that laboriously built it. No doubt the latest discovery will inspire another generation of researchers to continue the search.

The study has been published in the journal Scientific Reports.

How the Transit of Venus Solved One of Science's Greatest Mysteries