Tesla's recent debut of solar roof tiles to replace regular tiles seriously impressed the public. Similar solar roof tiles are the latest addition to the solar industry. However, this technology is far from a modern discovery.

Little did Alexandre Edmond Becquerel (pictured below), way back in 1839, that his humble discovery would benefit mankind almost 180 years later. Becquerel discovered that certain materials produced small amounts of electric current when exposed to light. 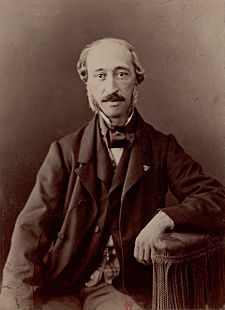 The last few decades have seen an explosion in applications and ever-improving efficiency of solar power for domestic and commercial solutions. Prices have also fallen as products such as PV panels become cheaper to manufacture and deploy. Solar roof tiles are the latest incarnation of this well-established and reliable technology for harnessing the power of the sun. Recent innovations will make solar power even more affordable and accessible to the public at large.

'The Sky's the Limit'

Solar roof tiles are built to resemble traditional roof tiles. Solar roof tiles, or solar shingles, are thin, photovoltaic (PV) sheets that can be retrofitted to or lay on top of existing roofing products. This makes them more aesthetically pleasing and allows architects to seriously consider them in a design without sacrificing on the buildings "look."

Like solar panels, solar roof tiles capture energy from sunlight and can be installed in any climate or environment. Actual efficiencies will vary widely depending on roof pitch, over-shadow from trees and the buildings latitude of course. 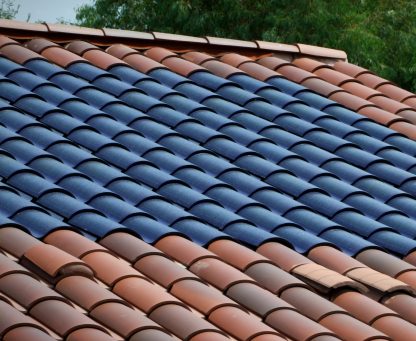 Judge me by my size do you?

Solar roof tiles are smaller than more conventional solar panels being around 30.5 cm wide and 218.5 cm in length and weight around 0.9kgs. They are also generally much thinner, measuring in at about 2.5 cm thick. This means a typical installation would comprise of around 350 tiles, this depends entirely on the roof size.

Build it and they will come

Solar roof tiles are made from thin-film solar cells (TFSC) of copper indium gallium selenide. This is a semiconductor that allows the cells to be thin and flexible. Current research shows that these provide some of the highest conversion efficiency rates, an average of about 10–12 percent.

Other applications use monocrystalline silicon cells and have a higher average efficiency, around 15–20 percent. However, they're generally more expensive.

Bang for your buck

Depending on the brand and type of tile you purchase, power generated by your solar tiles will vary. Most produce between 13 and 63 watts. According to some estimates, 350 tiles can cut the average utility bill by 40 to 70 percent. All systems require an energy inverter kit in order to harness the power captured by the cells. 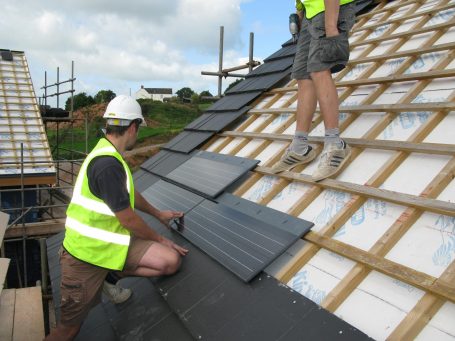 For the environmentally conscious or savvy home owner it's clearly important to know the kind of costs we're talking about here.

In the UK an average installation would cost between £5,000 and £14,000 for a 1kw or 4kw system respectively. By comparison, a typical PV installation would be around half that. In the US, according to Dow Chemical Company reports, a typical residential install consisting of 350 solar roof tiles can cost at least 20,000 USD.

With Tesla likely to dominate the market in the future, Consumereport.org have conducted a rough and ready calculation to help us out.

For reference a typical traditional roof would cost around:

As with conventional solar PV installations, you must think long term. It is an investment after all. The installation will provide “free” electricity, around $2,000 USD a year, over the lifespan of the roof.

Apparently, that’s the typical electric bill in US states like California, Texas, and North Carolina.

Tesla believes the life expectancy of its tiles will be around 30 years. So that "saves" you around $60,000 USD over the lifetime of the roof with a net cost of around $13,500 USD.

The reason for the hype that Tesla solution includes battery storage tech (see "Powerwall"), which will enable you to maximise return and allow for 100 percent renewable power to your home. Not bad...

Solar roofing tiles are generally available globally but their largest market is of course the US and Europe. Most suppliers on the market will source their tiles from one of a few companies. They include:-

Tesla - Not a company that really needs and introduction but Elon Musk's and his team have expanded into this field with reckless abandon.

Rough with the smooth...

For any capital investment price isn't the only factor to consider.

While the idea of saving the planet, and save on your bills, might be reason enough to purchase solar roof tiles, there are some notable benefits and disadvantages to consider before you install.

Here are a few things to keep in mind before you plaster your roof with PV cells. 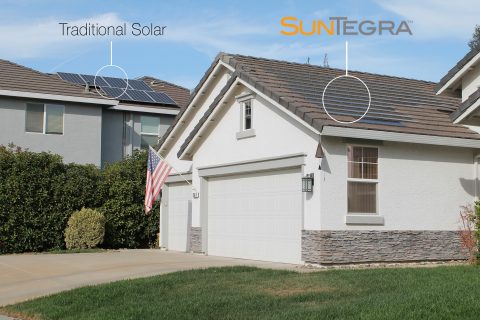 The biggest selling point for this tech is clearly "their looks". Conventional solar panels are bulky and less than conspicuous on the average roof. Though solar roof tiles clearly cannot blend into, say, clay tiles they do blend into man-made or natural slate and create a more appealing plush finish. You could, of course, forego blending and completely replace existing roofing with this tech.

Owing to their smaller size and weight solar roofing tiles are generally easier to install than large conventional solar panels. It is likely that regular roofing installers could conceivably carry out the installation. You may even be able to do it yourself.

In both cases, of course, you're going to need an electrician to set up the wiring and connect you to the grid.

Studies, such as by Scientific American, report that this tech could lower monthly electricity bills by about 50 percent.  Many local governments will also allow a fixed percent of the installation cost to be offset against your tax bill.

Although the sleek look of solar roof tiles is appealing to some, the contrast of metallic cells against a traditional roof is likely to be less than appealing. You should consider whether you're ok with this or not before proceeding.

This tech is currently less efficient than conventional than solar panels, especially thin-film solar cells. Keep in mind that solar panels can also be adjusted to the best angle for sunlight exposure, but shingles cannot. This means you may need more shingles to achieve the same energy output, increasing your total cost.

Unlike solar panels, which can have their angle to the sun altered, solar roofing tiles are limited by the existing roof pitch, architecture and construction.

This may mean that you may need more tiles s to achieve the same energy output, increasing your total cost.

As with conventional solar panels, though this is dropping as time goes by, the biggest drawback is the initial high price tag. But bear in mind the cost savings over time, they are an investment and have a payback period.

So if it's time to replace your aging roof, or you've always fancied getting in on this micro-generation malarkey, it might be worth you considering installing some solar roofing tiles.