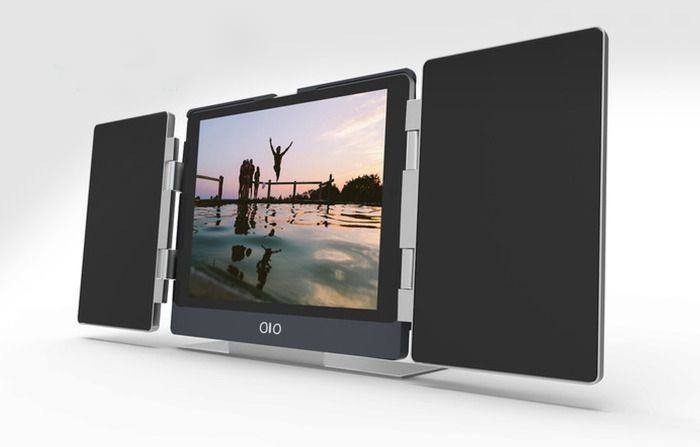 The Amp comes with two panels which open up to reveal speakers. There is another panel in the middle that you can only see when you open the case; this keeps the iPad safe. The case has also been designed with a built in kickstand so that you can open it up and stand it easily. The panels, which double up as the speakers, can also be rotated around towards the back to ensure that the tablet is at a low angle for typing or touching the display.

To make sure that the profile of the iPad is kept as thin as possible, the case which is made from aluminium makes use of flat electromagnetic tech along with resin fibre honeycomb in the acoustic panels. According to the developers of the tech the sound is rich and it fills the room, the highs are crisp and the lows are deep, and they thank  its digital processing tech and amplifier for the rich sound quality.

Some of the key technological aspects include it having support for multiple audio codecs and Bluetooth 4.0 so that it can connect to the Apple iPad Air or any other wireless device. The case supports audio playback of as many as 7 hours thanks to the lithium-ion battery. It also automatically switches off when the user closes the panels.

Right now the developers behind the speaker case have put it on Kickstarter and early backers can reserve one for US$129. If all goes well the plan is to ship them out in April 2015. If it goes to production the Amp is going to have a price tag of US$249.