The word 'engineering' seems so simple and intuitive but the origin of the word arguably reflects many millennia of history.

So what is the origin of the word engineering? Languages are often imprecise in effectively communicating ideas and the origins of our modern words can be very complex indeed.

To some, the derivation of words is less than interesting but we hope you'll stick with us as we explore the history of the actual living words engineer and engineering.

Both these words are intimately connected and have existed since ancient times. Afterall, you can't bake a cake without a baker right? But of course, that is how language works. You must have a thing made by a maker. Our species has been busily thinking and making tools for many, many, millennia. From stone tools to more advanced things like wedges, levers, wheels, and pulleys to modern computers, engineering has always been with us. But, where does this assembly of letters and sounds come from? Let's take a look.

It might help to set out our current understanding, as defined by our dictionaries, so we are all reading from the same "hymn sheet" as they say. This might help us understand the origin of the word engineering.

- Someone who designs builds or maintains engines, machines, or structures;
- A person qualified in a branch of engineering, especially as a professional;
- A chap or chapess (OK, we've amended this one a little) who controls an engine, especially on an aircraft or ship

- The branch of science and technology concerned with the design, building, and use of engines, machines, and structures;
- A field of study or activity concerned with modification or development in a particular area;
- The action of working artfully to bring something about.

Hey, why not ask? Surely it's related to understanding the origin of the word engineering? Right? Whatever we've asked the question now. According to Encyclopedia Britannica, the first recorded "engineer" was Imhotep. He happened to be the builder of the Step Pyramid at Ṣaqqārah, Egypt.

This is thought to have been erected around 2550 BC. Of course, that is recorded history but we know from archeological evidence that humans have been making/building stuff, fires, buildings and all sorts of things for a very long time.

The importance of Imhotep is that he is the first "recorded" engineer if you like.

There are an enormous amount of words in modern European languages that share a common ancestor. They are all, at the core, Proto-Indo-European (PIE).

It is commonly agreed that that term engineer and by extension engineering comes from the root-word, gene. Gene, as you'll intuitively understand means to create, invent or bring forth. 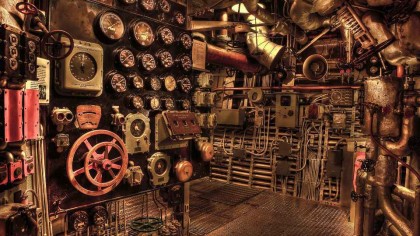 Why Engineers are Becoming Increasingly Important

Wait, it gets more complicated! There is no "direct" link between engineer/engineering per se and gene. We need to wait for some time before we have the development of Latin.

Our noun, in English, "engine" is directly derived from Ingenium or Ingeniare which means a device or machine in the former, or contrive or devise in the latter. Ingenium is an interesting word in and of itself. It became common in early English to mean "cleverness" or siege engines of any kind. This could be Scorpions and classic Ballistae to the far more powerful Mangonel.

It was also used by the Roman Empire in a similar fashion but would more commonly be referred to as Ballistae or their specific names. Man, the Roman's were so cool, if not incredibly militaristic.

Nice, we are getting somewhere, aren't we?

In Middle English, there is a verb "to engine" which has a similar meaning to "engender" or to produce, manufacture or bring into being. It appears that the word engineer comes from about this period and specifically from Middle French.

It seems to have broad usage and is almost certainly linked to "engender" which, like Middle English, has a similar meaning. We know that in at least the 14th Century the term engineer had come to be commonly used to refer to either:-

- A builder of siege weapons

- A maker of devices or;

According to Online Etymology Dictionary the noun engineer and by extension the origin of the word engineering has a strong connection to the 12th and 14th Centuries.

"mid-14c., enginour, "constructor of military engines," from Old French engigneor "engineer, architect, maker of war-engines; schemer" (12c.), from Late Latin ingeniare (see engine); general sense of "inventor, designer" is recorded from early 15c.; civil sense, in reference to public works, is recorded from c. 1600 but not the common meaning of the word until 19c (hence lingering distinction as civil engineer). Meaning "locomotive driver" is first attested 1832, American English. A "maker of engines" in ancient Greece was a mekhanopoios."

What about the -eer and -ing bit?

The addition of the -eer to engine, comes from a combination of Anglo-French cross-pollination. Remember that during 1066 onwards Britannia had been conquered by the Normans. Although technically based in modern day France, they were in fact originally Viking settlers.

That aside, they spoke an early form of French. For this reason, it should not be surprising that our modern use of these words is heavily influenced by our history. -ing as used for gerunds and present participles is interesting in itself.

As you might expect, it comes from Middle English which in turn comes from old Nordic -ing or -ung. Now, where were Norman's originally from? Hmm.

This, in turn, comes from Proto-Germanic forms like -inga, -unga, -ingo or ungō. Of course, it is also a little more complex than that the further back you go. Truly fascinating.

Victorians have their say

It wasn't until the 18th Century that the term engine came to be used for things we would instinctively think of when hearing the word. From then on it would more commonly be used to refer to something that converts an energy source or fuel into motion or movement. Engineer, on the other hand, still retained its more general and broad meaning.

Ok, we've digressed a little bit but we hope you've got the gist. In summary, and without much of a surprise, the origin of the word engineering and engineer are a product of the root words from ancient languages. The maelstrom of European history has led to cross-fertilization of languages from invaders and long lasting empires and power vacuum power struggles to a word that we use without really thinking about. The same story can be said for pretty much all words in our lexicon. So next time you say anything, think about where that word has come from.