The Programming Error That Caused Russia’s Rocket Launch to Fail

A failed Russian space rocket launch is currently under investigation. Official reports are pointing to an error in the programming.

On Tuesday, November 28, early in the morning, a Russian rocket mission failed. The rocket was transporting 19 satellites on board into orbit, including the Meteor-M2-1 weather and climate-monitoring satellite, along with a cluster of 18 secondary payloads. Russian officials and scientists were puzzled over what had triggered the failed launch. As of now, officials may have discovered the cause of the problem. This launch was the second launch from Russia’s new spaceport but first to use the Fregat upper stage.

Multiple Russian sources and news reports are pointing their fingers to the guidance computer on the Soyuz launcher's Fregat upper stage. According to Russian officials, the 19 satellites, including the other spacecraft U.S., Canadian, EU, and Japanese companies have fallen into the Atlantic ocean after the rocket ignited in the wrong direction. 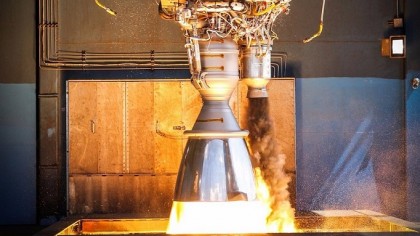 In short, when the Fregat vehicle separated from the rocket, it was not able to find the correct direction. This triggered a chain of events that caused the spacecraft on its destructive trajectory into the atmosphere. Soyuz was unable to boost the satellites into orbit, redirecting the payload downward toward the earth.

As the rocket launched Tuesday from the Vostochny Cosmodrome in Eastern Russian, the upper part of the Fregat was supposed to ignite its main engine seven times immediately after launch. The Russian state-operated RIA Novosti news agency stated that “the Fregat upper stage made an unanticipated turn before starting its planned 77-second orbital insertion burn.”

After further review of the computer guidance system, a programming error may have led the Fregat to make the 360-degree maneuver that led the rocket's misfire in the wrong direction. Allegedly this computer system lacked the correct setting for the launch in Eastern Russia. According to the Russian Space Web. “As a result, as soon as Fregat and its cargo separated from the third stage of the launch vehicle, its flight control system began commanding a change of orientation of the stack to compensate for what the computer had perceived as a deviation from the correct attitude, which was considerable,” says the website. “As a result, when the Fregat began its first preprogrammed main engine firing, the vehicle was apparently still changing its attitude, which led to a maneuvering in a wrong direction.” The Russian Interfax news agency also confirmed that the programming mistake caused a failure.

The Russian government intends to continue their investigation of the causes of the launch formally. Representatives from the Roscosmos and key aerospace industry officials will be included in the investigation until its completion in the middle of December.