Chris Anthony, the founder of car maker Epic as well as the co-founder of the now-defunct Aptera Motors, which seemed born under a bad sign from the beginning, has his company publicly introducing its new topless, three-wheeled electric TORQ Roadster on April 6th, 2013. Many of those who have already seen the TORQ say that it reminds them of the Bat-Mobile. And indeed, Anthony has made it clear that he was going for more fun as well as focusing on practical engineering with this design. 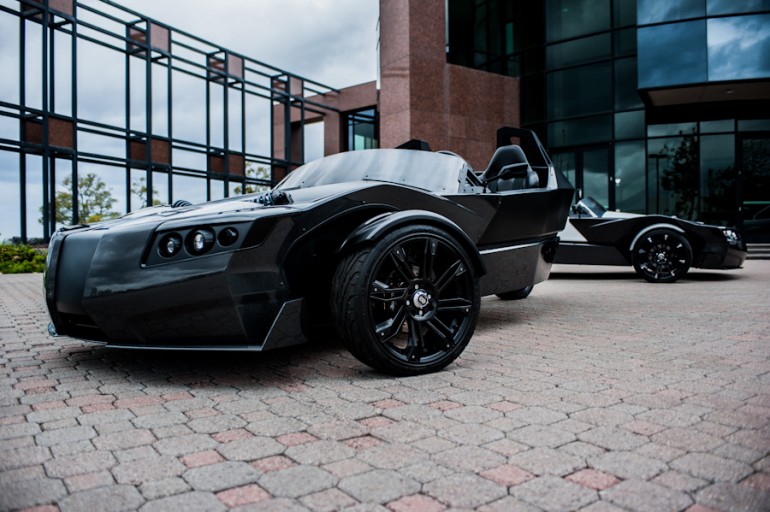 Anthony says, “While seeking record breaking MPGe with the 3-Wheeled Aptera Electric Vehicle I often found myself longing for a more aggressive styled and track worthy adaptation. The TORQ will create a class of its own with its perfect balance of power, handling and aggressive styling. The TORQ Roadster confirms that you don’t have to compromise performance to embrace efficient vehicle technologies."

Epic's R&D center in Vista, California, gives us some numbers and specs. Its engineers say that the three-wheeled electric vehicle is able to go from zero to 60 mph (97 km/h) in four seconds because its electric motor can deliver 600 lb·ft (813 N·m) of torque and over 400 hp (300 kW) at peak power. The vehicle's track width is 80.5 in. (2.04 meters) in order to aid cornering.