As doomed flight MH370 vanished from radar screens, it was still being tracked by satellites, which would prove invaluable in determining what happened.

Minutes later, the plane disappeared from air traffic control radar screens, indicating that its transponder was either damaged or else had been deliberately shut off.

The plane was, however, picked up by military radar, which watched it for over an hour. They saw it deviate from its original flight plan, and head west, crossing the Malay Peninsula and the Andaman Sea before disappearing.

Then, at 2:25 a.m, MH370 was sent a "log-on request" by a little-known British satellite telecommunications company called Inmarsat.

On March 24, 2014, Inmarsat, along with the UK Air Accidents Investigation Branch, presented Malaysia's Ministry of Transport with some amazing findings.

The whole time MH370 was in the air, its satellite data unit (SDU) had been responding to hourly status requests from Inmarsat. Inmarsat also initiated two ground-to-aircraft telephone calls to the plane, one at 02:39 a.m. and the other at 07:13 a.m. They both went unanswered.

If one of Inmarsat's ground stations doesn't hear from an aircraft for an hour, it transmits a "log on/log off" message – a "ping" – and an aircraft automatically returns a short message indicating that it is still logged on. This process is known as a "handshake".

The Inmarsat ground station near Perth, Australia recorded six complete handshakes with MH370, the last of which was at 08:19:29 a.m. when the aircraft sent a log-on request which was answered. This was the last communication from Flight 370.

A Lot of Ingenuity

What Inmarsat had done was to ingeniously determine how far MH370 was from its satellite by analyzing how long it took for the signals to be sent and received. From this, they generated two arcs of possible positions for the plane – one northern and the other southern.

Inmarsat then developed a second ingenious technique that took into account the velocity of the aircraft relative to its satellite.

The resulting change in signal frequency was the same as the Doppler Effect, which is an increase or decrease in the frequency of sound, light, or other waves as the source and observer move toward or away from one another. 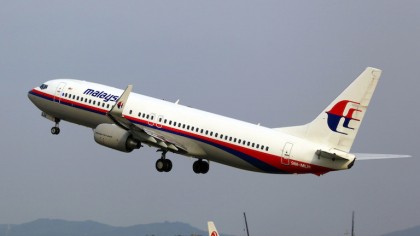 The Search for Flight MH370 Comes To An End

The most famous example of the Doppler Effect is the change in the sound of a train's whistle as it approaches an observer on a platform, and as it recedes from that observer. The frequency change showed that MH370 had taken the southern arc.

At the point when MH370's fuel would have been exhausted, communication with the Inmarsat satellites ended. The Malaysian government noted that the plane's final location was far from any possible landing sites, and thus, "Flight MH370 ended in the southern Indian Ocean."

This debris has been confirmed as belonging to Flight 370. A new search was launched in January 2018 by the private contractor Ocean Infinity, but after searching for six months, it also failed to find anything.

What little is known of the fate of MH370 and its 239 souls is thanks to Inmarsat, but its ultimate fate still remains unknown, making MH370 the biggest aviation mystery of all time.

The History and Development of Hypersonic Flight