The Science Behind Anger and Revenge Has Finally Been Revealed

Researchers from the University of Geneva examined the brain's response to feelings of anger, injustice and revenge.

Whether you call it human nature, or simply dismiss it as a glitch in our evolutionary development, the impulse to take revenge is as natural as the other range of emotions and urges that color the human experience. For those who find it more difficult to keep that urge in check, scientists at the University of Geneva (UNIGE) are now offering promising news: it might just be due to science.

The researchers were interested in locating, and afterwards creating a virtual map of, the various parts of the brain involved in activating anger, and how this links to the desire to then act in revenge.

One of the trickiest parts of the research centers around measuring--and quantifying--injustice. To get around this hurdle, the scientists used a qualitative research technique. A relatively small group of subjects, 25 in total, played the Inequality Game, which as the name implies, would have the desired effect of eliciting strong feelings of injustice (it seems fitting to warn some of our eager readers that a game like this should definitely not be played at a party).

The game which centers around economic themes, was created by Olga Klimecki-Lenz, UNIGE Swiss Center for Affective Science (CISA) researcher and co-author of the paper. Each of the subjects has drastically different interactions with a pair of players: one is courteous and helpful, while the other acts in a completely self-interested manner.

The scientists introduced the quantitative aspect of the study by utilizing magnetic resonance imaging (MRI) to observe the players' brain activity The game includes three phases and participants were placed in an MRI scanner after each one.

The 3-phase game also offered the chance to track the process in a more controlled way:

▪   The first phase has more freedom to make decisions about profit-sharing among the two players.

▪   In the second phase, the subject has no say about the profits, and is also asked to rate his or her level of anger on a scale from 0 to 10.

▪   The third phase the power dynamic changes back to the makeup of the first phase, imposing a decision on the player to decide whether or not to act with revenge based on the actions of the other two players. 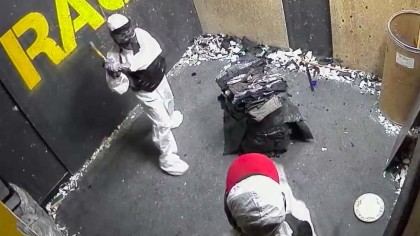 What the numbers tell us

The results were that a little more than half--14 out of 25--of the subjects took revenge on the player perceived as more selfish than the other, and Kim explained how the game revealed lots about what goes on in our brain when we feel wronged:

“[T]he Inequality game allowed us above all to identify the crucial role of the prefrontal dorsolateral cortex (DLPFC), a zone which is key for the regulation of emotions and which is located at the front of the brain!” she said. "We observed that DLPFC is coordinated with the motor cortex that directs the hand that makes the choice of vengeful behavior or not. There is[,] therefore[,] a direct correlation between brain activity in DLPFC, known for emotional regulation, and behavioral choices.”

Details about the study can be found in a paper, titled "Distinct Brain Areas involved in Anger versus Punishment during Social Interactions", which was published in the Scientific Reports journal last month.

Via: University of Geneva

These YouTubers Explore the Fascinating Science Behind Growing Food

Love Actually: Science Has a Lot to Say About the Complicated World of Love