The C-2A Greyhound cargo plane ditched off the coast of Japan, three sailors are still missing.

Eight people have been rescued after a US Navy airplane carrying 11 souls crashed off the coast of Japan. Sadly, the search for the three missing passengers has now ended, according to a statement from the commander of the U.S. 7th Fleet.

The US Navy indicated that the plane involved in the crash was a twin-engine propeller-driven C-2A Greyhound transport plane traveling to the US aircraft carrier USS Ronald Reagan (CVN76) in the Philippine Sea.

Both Japanese and American naval rescue units rushed to retrieve the fallen aircraft which ditched off the Japanese reef of Okinotori. They completed a search of more than 320 nautical miles as of Thursday morning, the Navy said. 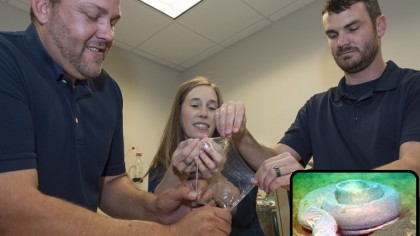 The USS Ronald Reagan was involved in a joint exercise with Japan’s Maritime Self-Defense Force when the plane went down.

The search for three missing Sailors continues following the C2-A Greyhound crash in the Philippine Sea. Next of kin notifications to inform families that their Sailors are duty status whereabouts unknown (DUSTWUN) are complete. https://t.co/2wHatlA7Z5 pic.twitter.com/noDVEvk889

This isn’t the first time the 7th Fleet has seen tragedy in the last several months. In August, the guided-missile destroyer USS John S. McCain collided with an oil tanker near the Singapore Strait; ten sailors perished in the accident. Months before in June, the USS Fitzgerald, another destroyer collided with a container vessel near Japan, killing seven.

The US military has a large force in the western Pacific at the moment, tens of thousands of troops and billions of dollars of equipment sit in the region aboard 60 different types of planes, helicopters, and three U.S. aircraft carriers. The reason for the U.S. presence in the area is due to rising tensions between America and North Korea.

The hunt for the sailors was extensive but it brought little victory despite the best efforts of Naval forces.

“Our thoughts and prayers are with our lost shipmates and their families,” said Rear Adm. Marc Dalton, Commander, Task Force 70. “As difficult as this is, we are thankful for the rapid and effective response that led to the rescue of eight of our shipmates, and I appreciate the professionalism and dedication shown by all who participated in the search efforts.”

The Grumman C-2 Greyhound airplane is over fifty years old and has served the Navy well during its time. Powered by twin Allison T56-A-425 turboprop engines and Hamilton-Sundstrand constant speed propellers, the C-2A Greyhound can transport cargo between ship and shore in a matter of hours, according to the U.S. Navy.