Patrick Priebe has quite a particular hobby; he likes to make cyberpunk weapons. The last time that we heard anything from him he had made a set of Goggles inspired by X-Men. Before that he worked on a laser-sighted crossbow that was mounted on the wrist and now he has taken it back to the drawing board, refining the design and making it semi-automatic. 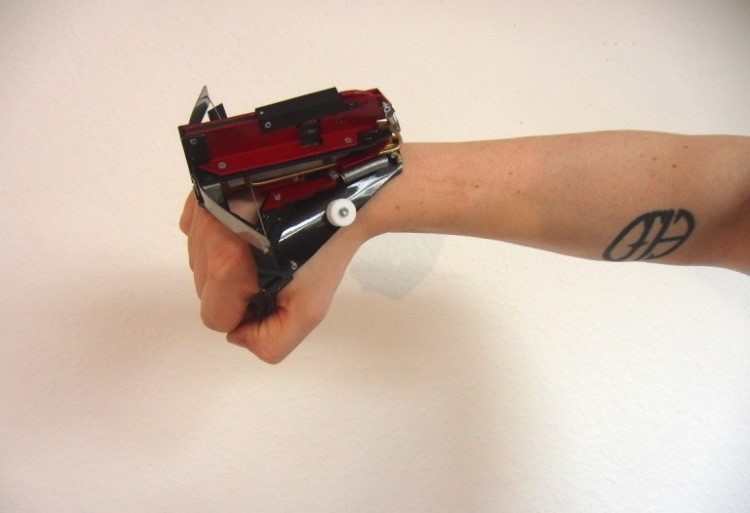 He calls it the WristBow MkII and he made the cyberpunk weapon by hand using aluminium, brass and steel components. A 2 milliwatt red laser is mounted to help him with aiming. He made the darts from tubes of carbon fibre that have stainless steel points. Patrick doesn’t know the exact draw weight, however, he did say that when fired the darts will stick into wood, even when shot from a few meters away. Shoot a melon and the dart easily disappears inside. 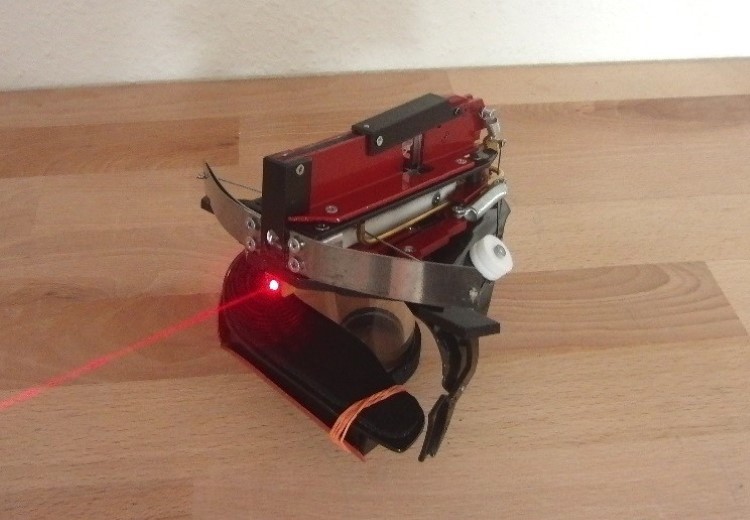 The MkII is said to be semi-automatic and the weapon is able to store as many as eight darts in an ammo clip. It's not fully automatic as the user still has to rack back the drawing mechanism each time they wish to shoot a dart. The darts are then pushed into place automatically by use of a polymer spring. 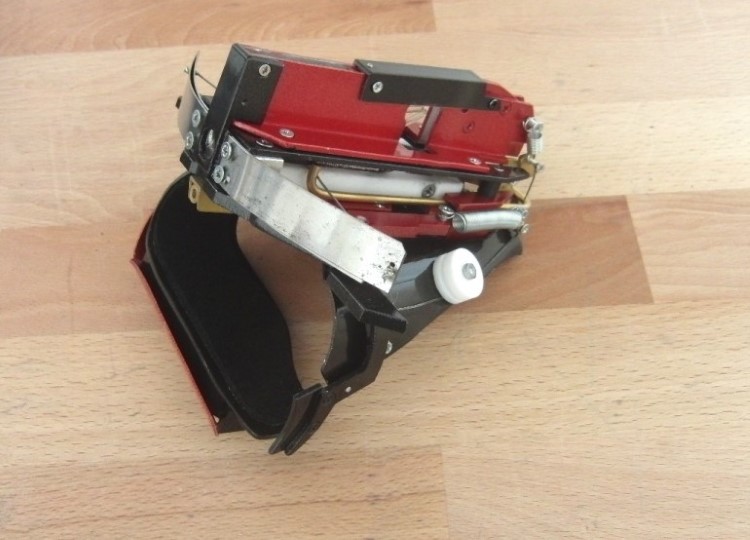 As per usual when making his weapons, Prieve will not be releasing plans of how he made the weapon and nor does he plan on selling any copies of it to the general public. It’s just as well as from the looks of the weapon in action it could do some serious damage to someone if it was to get in the wrong hands.