The Skills Needed for a Blockchain Developer

Follow these tips while on your journey towards becoming a successful Blockchain developer.

It was a great time for Cryptocurrency, but the real star of the show was undoubtedly the Blockchain. The blockchain is a ledger governed by majority consensus that is virtually impossible to manipulate.

This impermeability is the main highlight of Blockchain, and the tech world loved it for that very reason. This first-of-its-kind technology was introduced to the world with the invention of Bitcoin.

Today, there are numerous use cases of Blockchain that carry a multitude of features and properties. The security element that comes with this revolutionary technology has attracted businesses and even government bodies to implement Blockchain within their infrastructure.

This sudden rise in demand has consequently opened a massive opportunity for Blockchain developers, with a surge in their pay scale, which now sits somewhere between $150,000 and $175,000 annually.

For Starters, You Don’t Have to Specifically Build A Blockchain!

When you hear the word “Blockchain Engineer,” you might think you need to know a ton about developing the entire Blockchain from scratch and require years of onsite experience. However, this is far from the truth!

There is a separate stream that handles software development using Blockchain. So, if you know how to build apps around blockchain, you can confidently enter the field as a blockchain engineer.

People associated with Blockchain can be categorized into two:

Let’s discuss some of the software or coding skills that you need to be familiar with while on your path to become a Blockchain developer.

Are You Versed in Coding These Languages?

Like all software-based implementation, Blockchain also needs coding to work or even to exist. The best part is that it doesn’t require a new cryptocurrency programming language.

One of the most used coding languages in Blockchain development is the one that you might have already learned at school – C++.

Yes, you can start coding a Blockchain just by using C++.  This object-oriented programming language has a short learning curve, which makes it easier for even those who are new to the language.

Bitcoin, the popular Cryptocurrency, is one of the most popular testaments to this statement because bitcoin core, the inner system of bitcoin is coded in C++.

However, some Cryptocurrency Blockchain even makes use of multiple languages. For example, Ethereum is coded using a mixture of C++, Ruby, Python, Java, Go, Rust, JavaScript, etc.

Our recommendation is that you should have a grasp over a couple of popular programming languages comprising of at least as C++, Python, Java, Solidity, and Ruby.

Get to Know Blockchain and How It Works

The Blockchain isn’t a standalone structure that gets to work right away after you build it. It works in conjunction with several elements, mainly miners and a consensus mechanism to make it all possible.

So to become a Blockchain developer, you need to understand how Blockchain works in real life and also identify the points of failure that may lead to the demise of the overall system. This is where most of your research should be invested.

The best way to do this is by studying the different ICOs in the market and their underlying Blockchain solution. It will help you to see that even though the core objective remains the same, Blockchain development can be varied to add in new elements or bring in more optimization.

The difference between the Blockchain used in Ethereum and Bitcoin stands as a classic example.

Have A Solid Understanding of Cryptography

Blockchain and cryptography go hand in hand. You need to know how cryptography works in order to develop the code for a Blockchain. Since cryptography is itself divided into multiple categories, you have the endless possibility to make a unique Blockchain.

When you study cryptography and how it can be implemented through coding, you will understand how to tailor the code to get the most secure working system.

But security isn’t the only thing that you should be worried about, as there is the case of scalability. As more and more users start using your Blockchain, you need to ensure that it can take in the added traffic.

If your working methodology is too complex, then it will become more power hungry with the increase in user base.

Cryptography is the crux that determines a large part of your Blockchain, how it performs, and how attractive it is to businesses that are trying to implement it. Simple, efficient and effective – these are the three keywords that you have to keep in mind while finalizing a cryptography code for your Blockchain.

With well over 1600 cryptocurrencies in existence, you can learn from others' mistakes and maybe even improve on the ones that are very successful.

Be Flexible and Stay Relevant

No one can deny the fact that Blockchain is new in the field of technology. It is growing and evolving, which also makes it unpredictable. Stay updated and keep an eye out for tracking the direction of the overall progress of things.

Always make an effort to study new techniques that are making waves in the industry. The most valuable advice is always to experiment!

No one really has a robust set of data that they can use to project what Blockchain could lead to in the next 10 years. However, there are some easy giveaways like AI and Banking that will be using Blockchain in the near future. 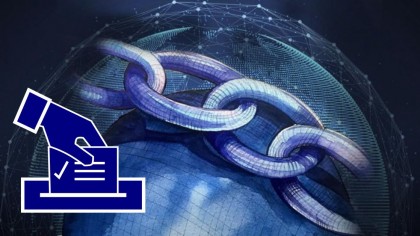 Becoming a Blockchain developer has been easier than ever before due to the tons of learning material that you can find online. Whatever method you choose, this is certainly the right time to get into Blockchain development.

Make sure that you tick all the boxes on our list and you are ready to showcase your talent to the world!

7 Great Kits for Your Children to Improve Their STEM Skills

The Future is AI, Cloud, 5G, and Blockchain

How Can Blockchain Benefit Automotive Manufacturing and the Supply Chain?