The SMS Marks Its 25th Anniversary

The SMS, or Short Message Service, celebrated its 25th birthday yesterday, and many marked the occasion by taking a look back its humble beginnings.

Yesterday marked an important silver anniversary: the first text message. It was on December 3rd, 1992 that the message containing the simple phrase of " Merry Christmas” was transmitted from a computer by British engineer Neil Papworth to the waiting mobile phone receptor of Vodafone director Richard Jarvis. 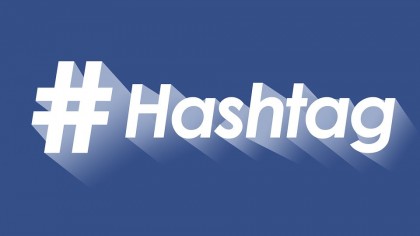 Considering the time of year, and the drastically different levels that technology had yet to advance to, the modest message was the perfect launching of the technology which has transformed the concept of communication in the last 25 years.

The advent of SMS-integrated mobile phone technology was stalled for the next year 10 years or so by coverage issues: some had no coverage, while others were cursed with mobile phone coverage zones that offered intermittent service. This frustration was captured best in the wildly popular “Test Man” utterances of “Can you hear me now?” from ads run by the American telecommunications company Verizon between 2002 and 2011.

All of this changed, of course, with the introduction of the smartphone. With it came the possibility to use buttons which were designed for typing as opposed to typing as seen in earlier models from the 1990s and into the beginning of the 21st century.

True to form, the social media giant Facebook created a video to mark the celebration (and I think we can all agree that the best part is the montage reflecting our journey from the oversized walkie-talkie style phones to the thin and sleek smartphones that reflect our current aesthetic values):

In the US, for instance, data compiled on the number of text messages sent each month was at 45 billion in June 2007, compared to 781 billion in June 2017. The numbers are almost increasing at a rate faster than they can be reported statistically. These numbers are somewhat different in the UK, a country reporting a daily log of 96 billion messages: "Texting isn't as popular as it once was," reported CBC's Dominic Valitis from London, adding, "The peak for messaging in the U.K. was 2012 ... but we've seen a steady decline since then."

Is Our Language Under Attack?

Few would doubt that the advent of SMS has created a sublanguage of its own: LOL, b4, TTYL are just a small sampling of the various ways we shorten the words we use often in everyday communication. Perhaps for this reason, the bulk of the studies carried out related to the SMS is about its effect on our communication style. In other words, the line between what is considered formal versus what is considered informal has blurred, and according to others, been completely erased.

In a 2009 study, titled “Investigating the impact of SMS speak on the written work of English first language and English second language high school learners” and published in Per Linguam, the researchers looked at the effect of SMS language on the written work of students between grades 8 and 11. The findings showed that “more than 40% reported using SMS speak in their written school work,” though their findings were inconclusive because they could not establish a clear link between SMS talk and their written work, and most importantly, they were unable to show that the same errors they observed wouldn’t have existed before the advent of SMS.

Despite its critics and detractors, the place of the SMS is secure and its impact will continue, unabated, for many years to come.