The Technologies Building The Smart Cities of The Future

From AI robocops to flying vehicles to the blockchain, the technologies that once were science fiction are now shaping the smart cities of the future.

By 2050, 68 percent of the total global population will live in cities, according to the United Nations. By then, the world population will be 9.7 billion and 11.2 billion by 2100.

The updated report from the United Nations states that currently, 55 percent of the world's population lives in urban areas. That means around 2.5 billion more people will be living in cities by 2050.

India, China, and Nigeria combined will represent 35 percent of the projected urban population growth between 2018 and 2050. Cities must prepare for the population explosion, planning accordingly in anticipation to the times to come. 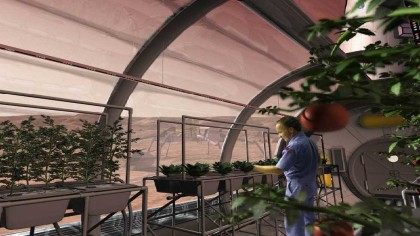 IoT and Smart Agriculture Are Building Our Future Cities Today

Over 700 cities from around the world presented their smart city projects at the Smart City Congress and Expo in Barcelona, Spain this year. It is expected that the number of cities adopting new technologies to help them become smarter is going to grow pretty fast in the next few years.

A smart city is a city where urban planning is conceived with the ultimate goal of connecting everything to each other using state-of-the-art technologies. This connectivity, which creates a vast amount of data, is then used to improve city services and infrastructure as well as improving citizens environment and quality of life.

Because smart and sustainable city urban planning affects everyone, it's crucial that we know and understand what the technologies involved in building smart cities are and how they can help achieve the ultimate goal of urban transformation into the truly smart cities of the future.

Sensors are embedded in every physical device that makes up the Internet of Things ecosystem. From your smartwatch that counts your daily steps to connected cars, everything in the smart home, and traffic lights.

Most of everything you are in touch with today has sensors collecting and transmitting data to the cloud. The network of connected things, or Internet of Things (IoT) interconnects all the devices making them work together.

There is a variety of different sensors used in IoT. Here are some:

The Internet of Things (IoT) is what keeps everything in the city connected. It’s the spine of the city which allows each movement and connects each dot.

Everything that is a part of a smart city needs to be connected to each other so they can communicate with each other as part of a whole. The IoT provides the body of communicating devices that provides seamless communication providing smart solutions to every situation and problems.

The right way to build urban planning for smart cities requires accuracy and the analysis and use of detailed data. This is exactly the role that Geospatial or Geolocation technologies play. They provide the underlying foundation upon which every smart city solution can be built.

Geospatial technology provides location and the necessary framework for collecting and analyzing data, transforming such data in a way that facilitates software-based solutions around smart city infrastructure.

The vast amount of data generated by a smart city would be useless without using Artificial Intelligence (AI) to process it in order to generate information and value. AI processes and analyzes data generated from Machine-to-Machine (M2M) interaction in the context of a smart city, smart stores, and city infrastructure.

There are countless smart city applications where AI can play a key role. From improving traffic to smart parking management to the safe integration of autonomous ride-share cars and shuttles.

Moreover, the use of AI allows city management to have a precise understanding of how the city is working. AI can help in autonomous public transport route planning, power grid management, smart traffic management, drone delivery, autonomous postal services, or healthcare facility units, just to mention of few of numerous applications within the smart city context.

Human-robot collaborations can augment city, work, health, and social life in the smart cities of the future. Integrating robots in urban spaces is rapidly transforming some of the most technologically advanced cities in the words into real smart cities. Cities such as Dubai, Tokyo, and Singapore are examples of how robots in the real world can co-live with humans.

Experts in the field of robotics are positive about the benefits that working robots can bring to society in various fields. The human-robot collaboration needs to take into account two things: How robots work and how humans decide to use robots.

In 2020, Japan is going to introduce robot taxis for the tourists travelling to the country for the Olympic Games. Smart chairs are going to be ready at the airport for the Paralympians. And social robots are going to interact with humans in 20 different languages. Robots with the function of social translators are going to help foreigners communicate with the locals in Japanese.

This may sound part of a science fiction movie. However, it's a reality soon to be experienced by many visitors in Tokyo.

Dubai's smart city project includes working social robots in public services, pretty much in the same way the city of Rotterdam, in the Netherlands, is doing. Dubai is also using robots in surveillance and policy, and transportation systems, something Dubai expects to have at least 25 percent automated by 2030 toward its bigger goal in 2050.

Dubai's flying taxi was developed by German drone firn Velocopter and tested in Dubai's airspace in 2017. A humanoid police officer is also part of Dubai's plans. After the trial is completed, Dubai is going to be replacing 25 percent of its police force with police robots by 2030.

In Singapore, the national government plans on introducing robots as a physical extension for management and city control of existing systems. Having tested this possibility for years now and in collaboration with Airbus helicopter bus shuttles which are driverless, robots are used as the Singapore Post Delivery via drone.

Singapore hotels also use service robots to clean rooms and room service. Additionally, a current pilot is evaluating how robots can be used for pre-school education in a near future.

"Simply put, we believe Augmented Reality is going to change the way we use technology forever." -Tim Cook, CEO of Apple Inc.

For the development of smart cities, immersive technologies such as Virtual Reality (VR) and Augmented Reality (AR) represent a key component of the Fourth Industrial Revolution.

Both Virtual Reality and Augmented Reality require a massive amount of data and they need it fast in order to deliver the VR and AR experience on the move. For this, the importance of getting the 5G networks across the world ready is the first step to guarantee the success of these technologies.

Once 5G is in place, we can expect to live in a world that it was only possible in the science fiction realm just a few years ago. Now, a reality.

Blockchain technology can be used in self-executing contracts or smart contracts; these are agreements between the parties directly written into lines of code. Smart contracts allow for trusted and transparent transactions without the need for a mediating third party. This makes the process easier, cheaper, safer, and much faster.

The Blockchain City documentary film is a compilation of interviews to international Blockchain experts who are currently already implementing Blockchain technology in their cities.