Announced at the Annual Government Meetings held in Abu Dhabi, the UAE is putting $140 million into the construction of “Martian City” which will be in the Emirati desert.

Humans won’t be going to Mars for a while; it could be more than a decade before aerospace companies will be able to complete the spacecraft headed there. However, Dubai wants to recreate the Red Planet experience right here on earth.

The United Arab Emirates has unveiled plans to build a $140m “Martian City” in the Emirati desert. Aesthetically, it’s an appropriate choice for the location of this city, since the dunes surrounding the metropolis that is Dubai has a reddish tinge, similar to the hue found on Mars.

During the Annual #UAE Government Meetings, #UAE has revealed new AED 500 million project to build a city that simulates life on Mars pic.twitter.com/QBu5CK87YU

“We are seeking a better life and education as well as a stronger economy and the internationally most sophisticated infrastructure for generations to come,” said His Highness Shaikh Mohammad Bin Rashid Al Maktoum, Vice-President and Prime Minister of the UAE and Ruler of Dubai at the Annual Government Meetings held in Abu Dhabi.

Called the Mars Scientific City, the 1.9-million-square-foot complex will be cut off from the modern world, allowing the scientists and engineers inside to live like they would on Mars. This will be the largest Mars habitat of its kind on earth and is set to house researchers for up to a year, allowing them to experiment with growing food, maintain supplies and explore the psychological effects of living on an alien planet. The resident scientists can also make tools or equipment they require using 3D printers.

The city will also be self-sustaining so that it can accurately mimic the conditions the future astronauts will be living in. A museum will also be built within the grounds, displaying humanity’s space achievements with 3D printed walls made using sand from the UAE desert. 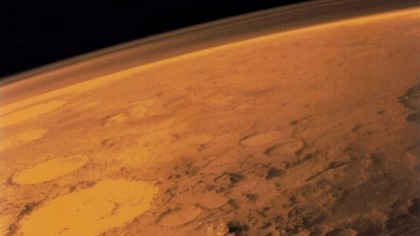 Structurally, the city will feature seven domes, built with innovative structural techniques and managed by a team of Emirati scientists, engineers, and designers. They will be led by a team from the Mohammad Bin Rashid Space Centre and Dubai Municipality, in cooperation with Danish architecture firm Bjarke Ingels Group.

“We place a great trust upon our national cadres, and the Mars Scientific City project is yet another evidence that proves the capacity of our youth in achieving national aspirations,” Shaikh Mohammad Bin Zayed said at the meeting.

The UAE has its sights set on Mars; they launched their Mars 2117 Strategy during the fifth World Government Summit, they seek to build the first settlement on Mars in the next century. In addition to that aim, the UAE is also launching its first spacecraft called Hope in 2020. The probe will arrive at Mars by 2012 where it will monitor and study the Martian atmosphere and landscape.

“This mission will produce the first truly global picture of the Martian atmosphere. It will study how the lower and upper layers of the atmosphere interact with each other. It will search for connections between today’s Martian weather and the ancient climate of the Red Planet,” states the mission website.

Hope is a compact, hexagonal-section craft, built from aluminum in a lightweight honeycomb structure and covered in a strong composite face-sheet. It will weigh the same as a small car. Once in orbit, Hope can charge its batteries using its 600-watt solar panel arrays.

The race to Mars is getting crowded.