The UK Is Getting All Charged Up Over ULEV Roadways 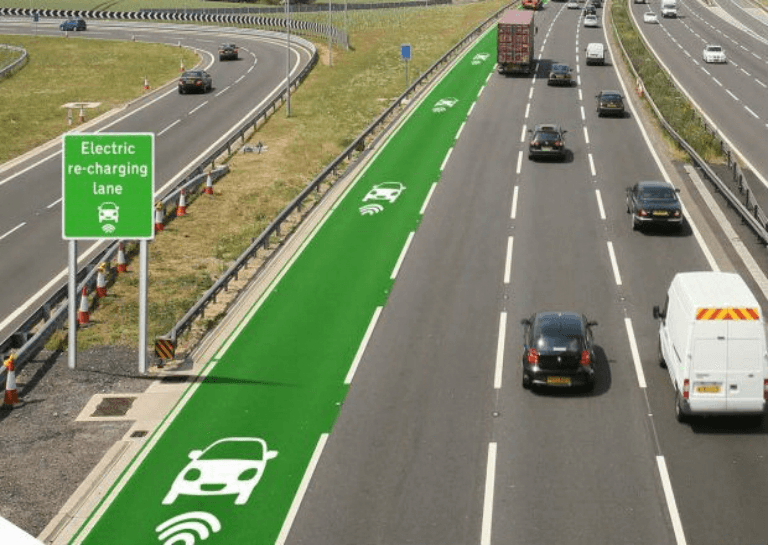 Later this year in the UK ultra-low emission vehicles (ULEV) are testing out wireless power transfer roadways that charge the car without the need to stop the vehicle. This testing is being done following a feasibility study completed and published this year by Highways England. The test roadways will have one lane of traffic fitted with coils embedded into the pavement that allow the driver the convenience of wireless charging while they drive. The dynamic charging stations are spaced out along the highway and feed into the special wireless lane. The cars are fitted with wireless technology to receive the charging signal while they drive along the test lane and this will give the driver the ability to travel longer distances on a charge.

The Office for Low Emission Vehicles (OLEV) is providing over £900 million putting them in the lead position for the manufacture, development and use of ultra-low emission vehicles. The average electric car costs UK residents approximately 2p per mile and the average family would save £1000 at 10 000 miles per year by switching to an electric car.

The special road lane will provide electric vehicle owners a prolonged time on the road between charging stations or home. The intention is to eliminate “range anxiety” which is the fear of not making it to your destination because your car runs out of battery. This is one of the fears that car buyers have about purchasing an electric vehicle. The hope is that with special charging lanes on the highway more people will get on board and educate themselves about ULEVs and possibly purchase one.